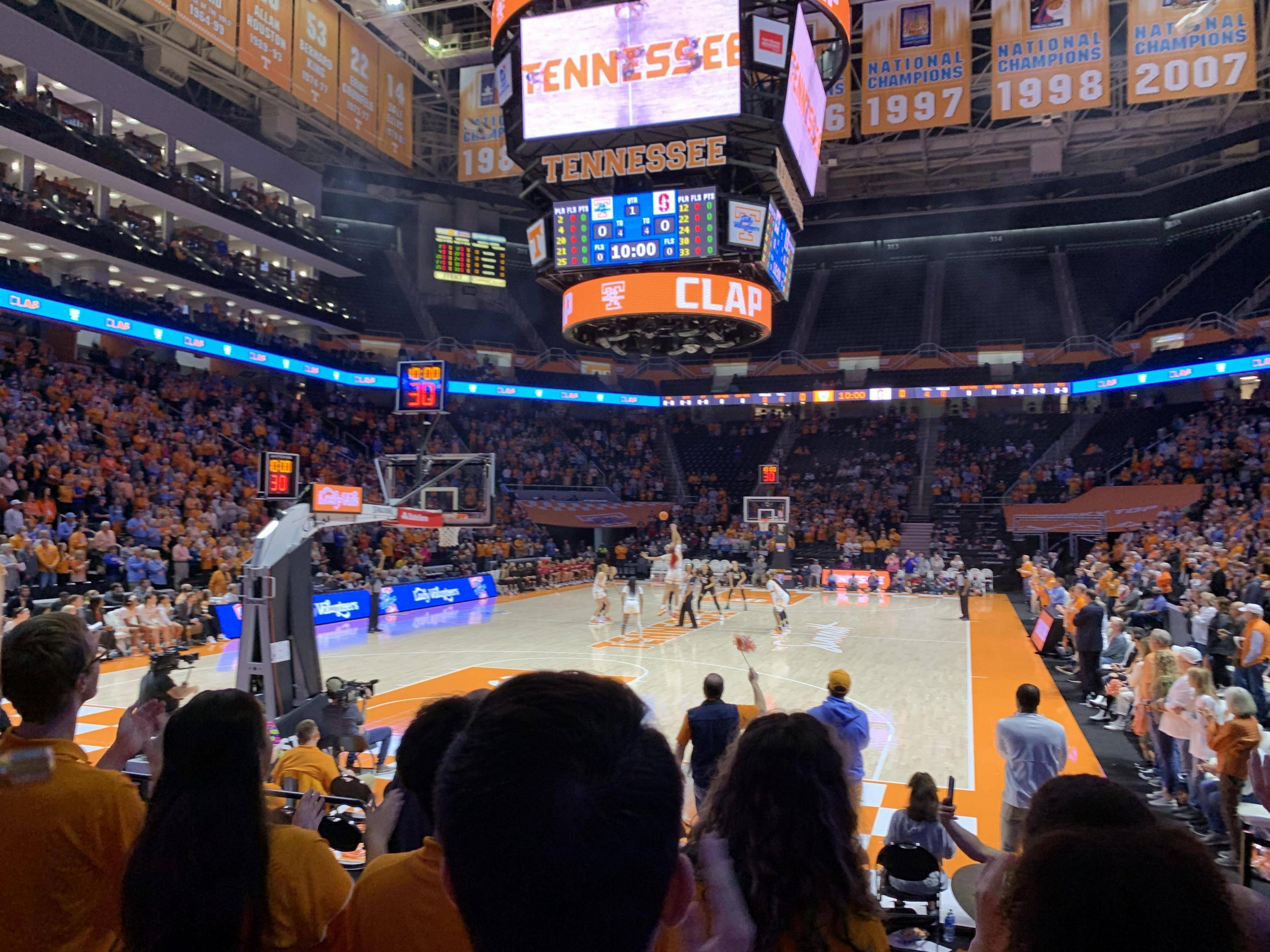 
Get your popcorn! Fire up those television sets! Twist and tweak your antennas 'till the signal is juuuuuust right (do people still have antennas?) because TODAY at 4PM PT the No. 2 Cardinal are set to clash against the No. 1 Gamecocks in Columbia, South Carolina on ESPN 2.

If by some bizarre, unthinkable fluke you haven't been watching Tara's team tear it up this year, enjoy this season recap graciously gifted to you from Channel Tree. This recap is guaranteed to get you up to speed faster than Omicron can cancel a season!

Starting the year ranked No. 3 in the AP Poll, we walloped the Lady Bears in the opener with five players scoring double digits. Snoozefest due to excellence.

We lost the turnover battle 20-10 and shot sub 15% from deep, clearly too distracted by the ring ceremony to care about the Longhorns. For more, read the article. We dropped to No. 7 in the AP Poll.

Stanford wins a close game at Gonzaga without Haley Jones, revealing just how important she is to the lineup. Stanford remains at No. 7 in the AP Poll.

The Cardinal travel to the Bahamas for the Baha Mar Hoops tournament to take on the No. 4 Hoosiers. Cameron Brink goes off for 21 points, 22 rebounds, 5 assists, and 5 blocks while Haley Jones comes off the bench for limited minutes and impact.

Still in the Bahamas, Cameron Brink tries to replicate her heroics, putting up 23 points, 11 rebounds, 2 assists, and 4 blocks, but it's not enough. Jones comes off the bench and was blanked, 0-6 from the field.

On their last day in the Bahamas, Stanford clobbers No. 2 Maryland in a game that was at one point 67 to 33. Haley Jones is finally back in the starting lineup and playing like it. Maryland had only 7 eligible players in rotation, however, so the victory is not as meaningful as one might think. Going 2 for 3 against ranked teams in the Baha Mar, Stanford moves to No. 4 in the AP Poll.

Just an 11 point lead at half becomes a 29 point margin to close the game. The Cardinal shut down Pacific, and Brink notches yet another double double.

Another day, another Cameron Brink double double. Turnovers (8) and FT percentage (61.5%) continue to be suboptimal despite weaker competition.

The Cardinal make a statement against Tennessee in Rocky Top, where this article's cover photo was snapped by a friend of mine in the Volunteer Band. Cameron Brink fouls out (only playing a total of 8 minutes due to foul trouble) but Haley Jones is back to form with 18 points, 19 rebounds, 6 assists, 1 steal, and 2 blocks. Ashton Prechtel hits three consecutive 3s in the fourth quarter to propel the Cardinal on to victory.

Reason for excitement: Stanford was 21-24 from the line, reversing a worrying trend. Reason for caution: a 43-26 halftime lead was brought to within 3 due to an abysmal 9 point 3rd quarter.

Stanford climbs to No. 2 in the latest AP Poll ahead of a showdown in Columbia, SC. UConn falls out of the top ten for the first time since 2005 (lol). Oh, and here's Ashton drilling a 3:

That's it! You're caught up! In just a couple hours, the Cardinal will get their biggest test to date: a rematch of last year's epic Final Four matchup.