Will the program rise again on Easter? 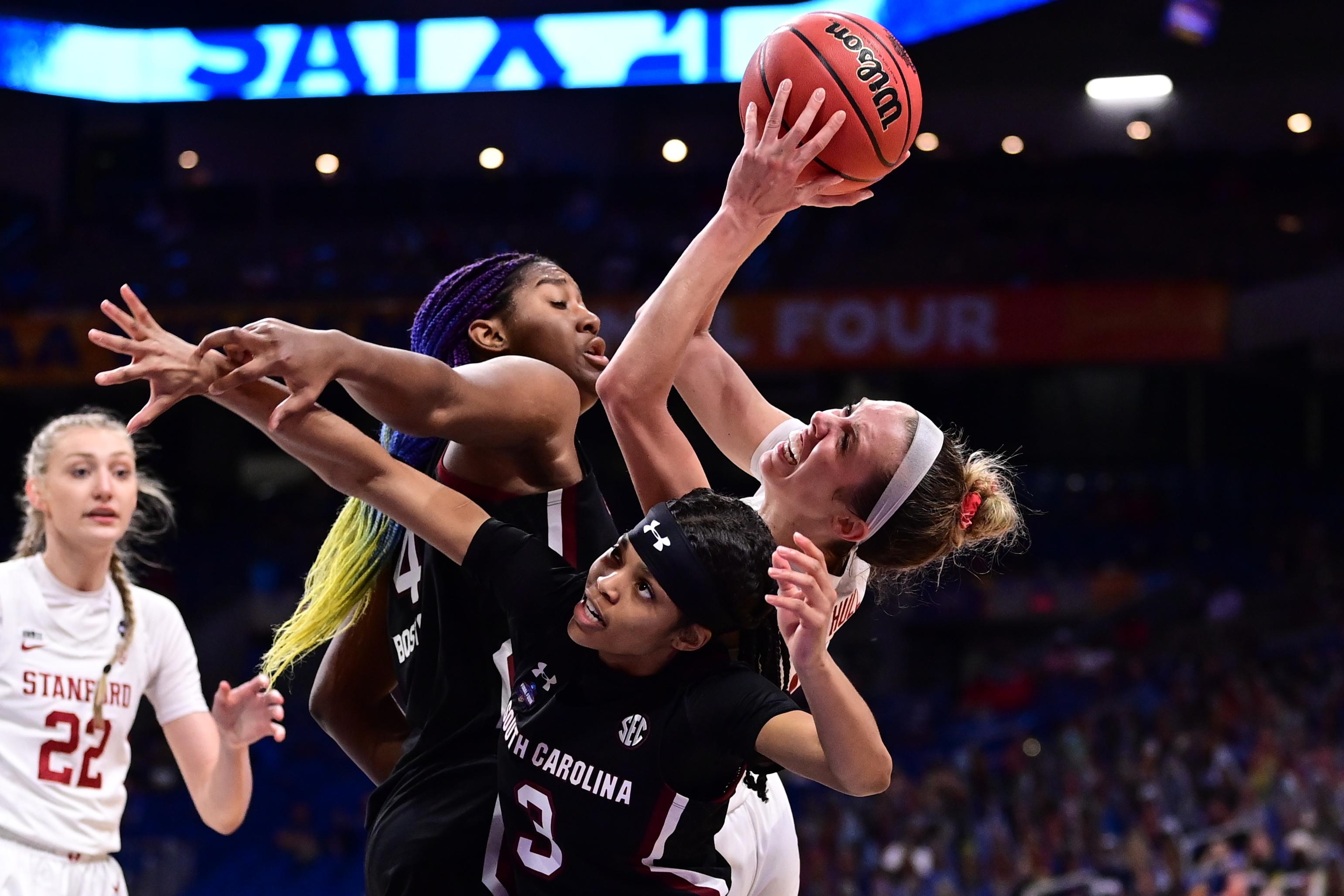 
Stanford inbounded the ball with 9 seconds remaining, up a point, with their eyes set on hitting a pair of foul shots. They never got the chance.

South Carolina All-American Aliyah Boston pried the ball away from Cameron Brink. She was able to squirt a pass out of a mosh pit at center court to a streaking Brea Beal down the left sideline. The sophomore guard was met at the rim by a vertical Lexie Hull, and her ensuing contested shot attempt fell off the rim.

With mere tenths of a second remaining, a trailing Boston made a beeline toward the carom, catching it over a host of bodies and redirecting it toward the rim as the clock hit zero. Everything was on the line. A trip to the title game, a chance at a highlight to be shown forever. But it wasn’t to be for the Gamecocks.

“It was very hectic, but we just knew we had to get back and do everything we could”, sophomore Haley Jones said. “We left it out there and luckily it paid off.”

That final sequence will be on the mind of many Cardinal fans for years to come. I know my heart skipped a few beats. But if you ask head coach Tara VanDerveer, the game was really won in the first quarter.

Dawn Staley’s Gamecocks came out the gate executing at a high level. They made five of their first seven shots from the field, jumping to a quick nine point advantage. Each offensive possession ended with whatever shot they wanted, and their defense was forcing uncharacteristic Stanford mistakes. The Cardinal didn’t blink.

“I think our team has shown a lot of grit, a lot of heart,” Tara said. “We battled back.”

They finished the first period with the score all square, and a healthy share of the momentum. Over a nine-plus minute stretch spanning the first and second quarters, South Carolina failed to connect on a single shot from the field. Nearly every shot they mustered was contested and from the mid-range.

The Cardinal methodically built a lead, but could never quite pull away. They held a 31-25 advantage at half time, but Haley Jones, Lacie Hull, and Cameron Brink all had two fouls to their names.

The first half was a gorgeous defensive slugfest. Good looks were hard earned and far between. The third quarter could not have been more different. Where the first half saw a total of 56 points scored, the subsequent ten minutes featured an offensive explosion of 45.

After Boston blocked 4 shots in the first half, Stanford made adjustments to draw her away from the basket. They frequently went five out on offense, and forced her into switches with players that were more fleet of foot. The gambit paid off to the tune of 12 paint points in the third, triple the same output of the first 20 minutes.

South Carolina hung tight behind the flamethrower Zia Cooke. The sophomore guard made 5 threes and had a game high 25 points. But it was her teammate, Destanni Henderson, who gave them the lead with 39 seconds left. Still, Stanford was unfettered.

The play that Tara drew up got Lexie Hull a clean, driving look at the hoop that fell off. But Haley Jones grabbed the board and made what ended up being the game winner. The Gamecocks had one last gasp attempt but Ashten Prechtel stole the ball, setting up the final sequence.

Haley led the way with 24 points on 11-14 shooting from the field and a rare pair of threes. Lexie Hull had her first double-double of the year with 18 points and 13 rebounds. She went just 4-17 from the field, but had a clutch 8-8 performance from the line. Ashten chipped in 9 off the bench.

“It's surreal,” Jones said. “I don't think it's really hit me yet. I mean, everybody growing up, you wish to go to the national championship, play on the biggest stage in front of the biggest crowd against the best team. We know whoever comes out with a dub tonight is going to be great competition for us on Sunday.”

Regardless of the outcome on Sunday, I hope all Stanford fans, and basketball fans at large, have enjoyed the journey of this squad. From not knowing if they would have a season, to being forced off campus by the county, to weathering setbacks and holding a ping pong tournament for the ages, they have been through it all. This is a special team that has left an indelible mark on so many of us.

Some would say this team is forty minutes from immortality. But I think they’re already there.