Horns Up, Card Down: Stanford Women's Basketball Bested by Texas 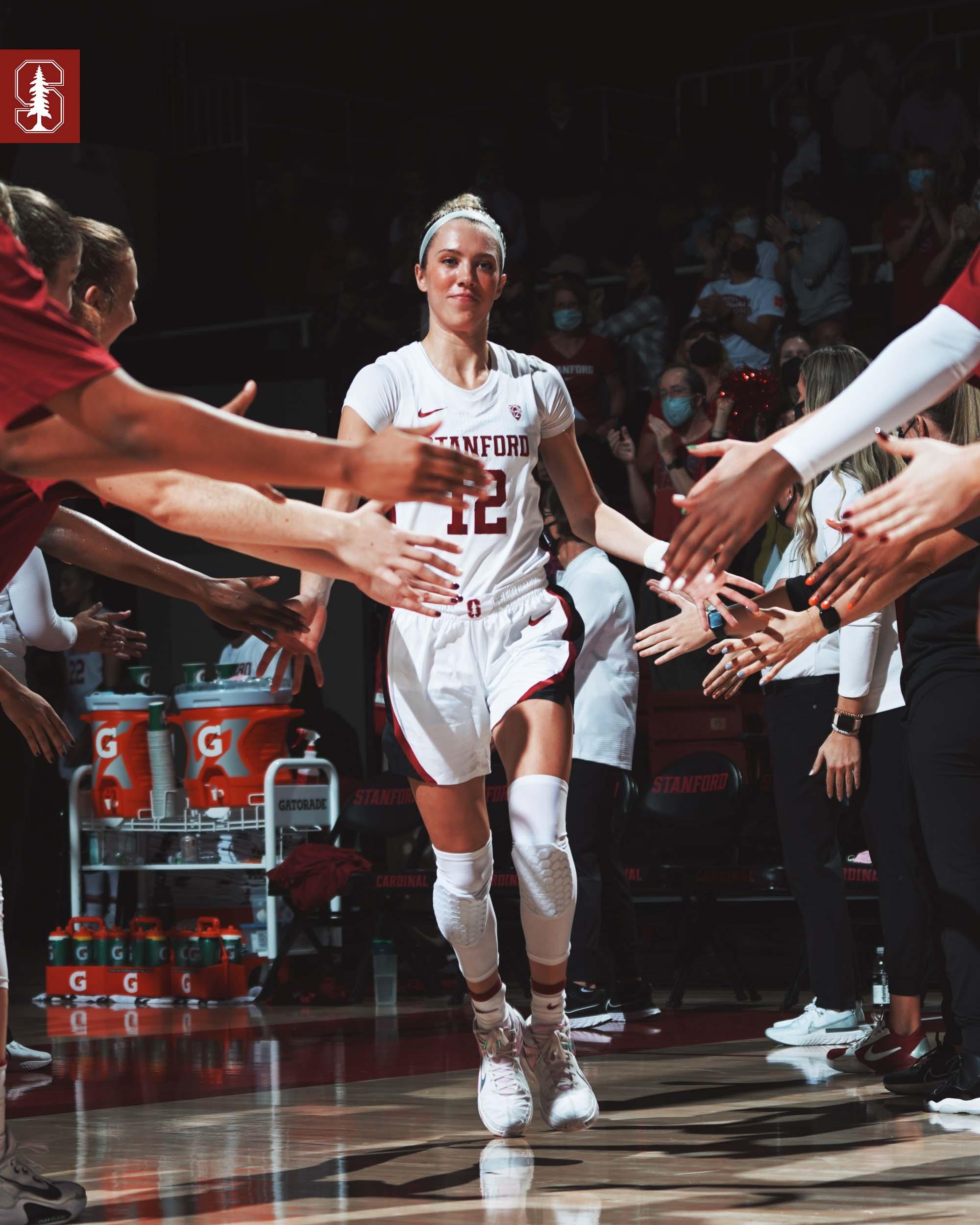 
In a week where Stanford Football and Stanford Men's Basketball sucked the last morsels of hope-marrow from my bones, I was greatly comforted by a single refrain: We're a women's basketball school.

On Sunday afternoon, Vic Schaefer's No. 25 Texas Longhorns took even this away from me, defeating the No. 3 Stanford Cardinal 61-56.

My gloom--crescendoing amidst Stanford's collective losses--however, is unfairly placed. The 2021-22 women's basketball squad is by all accounts set up for long term success, this game looking more like an aberration (or a championship hangover game) than it is indicative of systematic malfunction.

Stanford also committed 20 turnovers to Texas' 10, a stunning differential and total that perhaps deserves a bit more concern than the shooting percentage, given some of the sloppy turnovers against South Carolina and Arizona in the Final Four earlier this year. Still, if Tara has anything to say about it, we can expect ball handling to improve, especially as the Card find their long term replacement for now-professional-baller Kiana Williams. Speaking of Kiana, she just signed with the Adelaide Lightning of Australia's WNBL, if you're wondering:

But I digress, you want to hear about the game right? The Card's starting 5 was a completely familiar lineup featuring Cameron Brink, Haley Jones, Lexie Hull, Lacie Hull, and sixth year senior Anna Wilson. They were led in scoring by Lexie Hull and Haley Jones (duh) with 16 and 15 points respectively. Hull played admirably before fouling out late into the game. Jones had no trouble getting to the line with 11 of her 15 coming from free throws, but she also accounted for 25% of the team's 20 turnovers.

The essential recipe was this: take Texas freshman Rori Harmon's 21 point performance, add in 17 fourth quarter points including a trio of critical 3s in the final five minutes by Texas' Aliyah Matharu (a transfer from Mississippi State), factor in a staggeringly bad Stanford shot percentage, and sprinkle in full court pressure to boot... and you have the perfect storm for Texas to beat Stanford.

These things happen. We should take it in stride. Besides, Texas fans need this, their football team just lost to Kansas... KANSAS! Think of this early wake up call game as an act of charity for Matthew McConaughey and all the other egregiously misfortunate Texas fans out there.

Up next for the Card is (I expect) a return to form against the Portland Pilots (2-0) on Tuesday night in Maples. After beating up Morgan State 91-36, Stanford fans should get excited for another lopsided beat-em-up score against a small west coast team.

In the meantime, check out the HARDWARE!