We Came, We Shaw, We Predicted 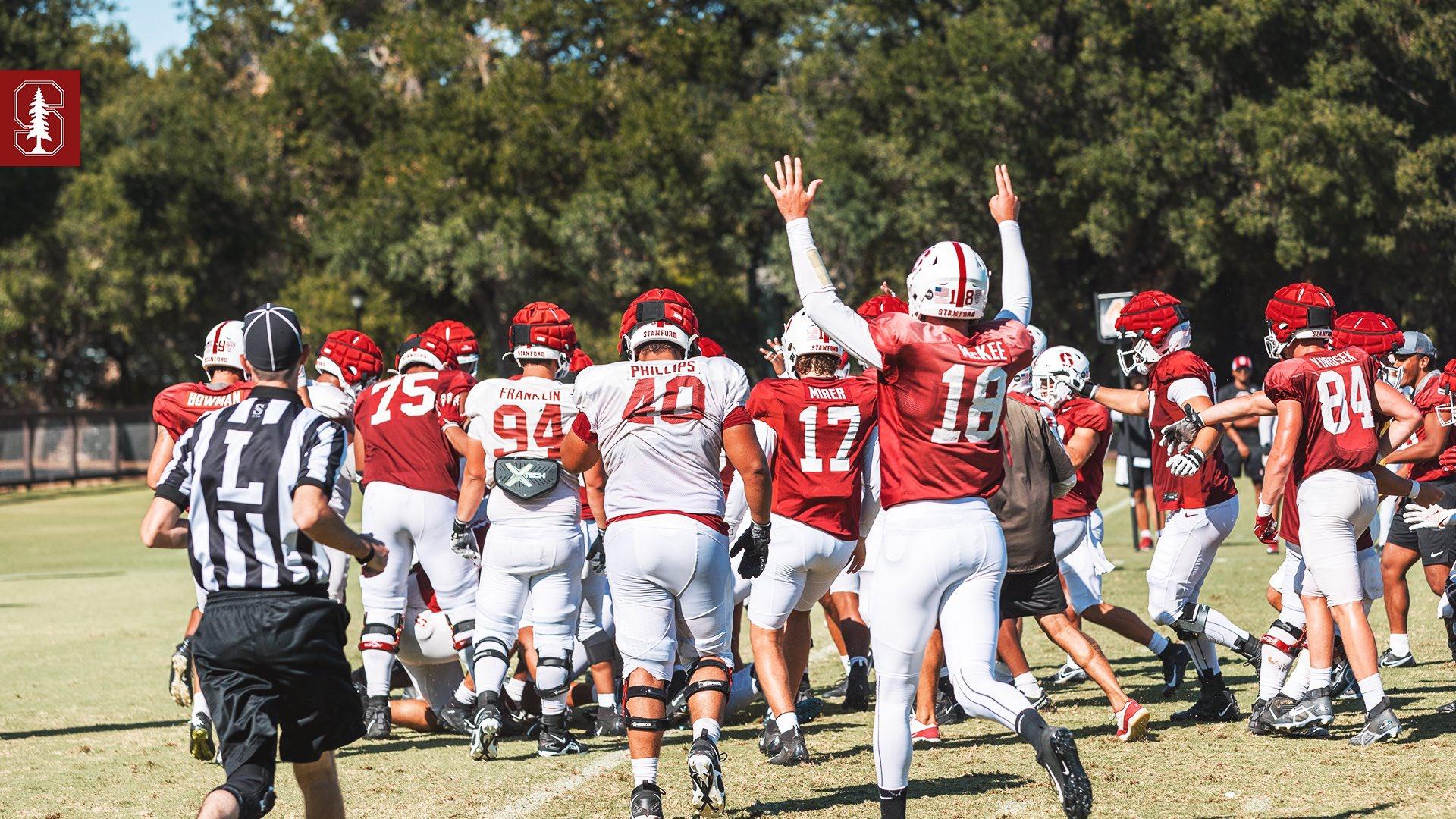 
In 2021, we gifted you with our annual season predictions for Stanford Football, which included some incredible moments of foresight and laughable instances of delusion. Somehow, for example, all but I predicted a bowl game for Stanford last year—a meagre one, but a bowl nonetheless. That didn't happen. Grant gets points for correctly guessing the Pac-12 title combatants, and we all correctly guessed Thomas Booker's excellent season... but beyond that our predictions didn't ring true. The biggest swing and miss of them all? I predicted Stanford would play 70% of their games before 1pm PT. We only played 17%, proving I don't know how scheduling works.

Now that the 2021 campaign is over and done with—a campaign that saw us win only 3 games, 2 of which were bafflingly against top 15 opponents—it's time to try our hand at 2022. It's also time to try to BELIEVE because oh my has it been a depressing pit of football despair these last few years. Enjoy this new serving of Channel Tree's season predictions and delusions:

Sam Weyen: 6-6 (a return to sweet mediocrity including guaranteed wins over 2 ranked opponents)

JS: USC because non-conference games are exciting, and I will boo so hard.

GA: I don’t anticipate much to play for this year, so Big Game will mean a bit more

SW: U$C - we got their coach fired last year. This year we have a chance to humiliate them under Lincoln Riley and scorn Stanford to U$C transfer Austin Jones. Are we good enough to pull this off? Probably not, but that hasn't stopped us before.

JS: PAC-12 Championship Game because Stanford won’t be in it. Real answer is Colgate.

DT: None - because I love every moment of Stanford football.

SW: Benjamin Yurosek, TE and King of Baby Carrots (his great-grandfather invented them)

JS: Probably, EJ but I believe in wide receiver Brycen Tremayne to make a comeback from injury

Rookie / Newcomer of the Year

SW: Sam Roush, the TE that will continue our surprisingly strong string of NFL-ready TEs

GA: It could happen!

DT: I once got a date so anything could happen.

JS: That changing to a 4-3 defense will help the defense perform better.

GA: The return of Brycen Tremayne from injury

SW: Bleacher Report: Which coaches are on the hotseat? *clickbait picture of David Shaw*

JS: One of my Uber drivers wrote to the UCLA alumni association a strongly-worded letter about his disapproval of UCLA’s switch to the BIG 10. I’m hoping that letter convinces UCLA to come back.

GA: The ten stay together for the medium term, with looks toward modest expansion

SW: I think we add SDSU and Colorado State down the road, but not for another year or two. Notre Dame's decision will usher in another round of chaos.

DT: Something happens but I’m not sure what would shock me at this point.

At the end of the season, Shaw will be...

GA: Having a bonfire of statistics books

DT: Everything will be on fire but Shaw will be telling everyone that our problem is that the players need to execute

JS: Tanner will be the best performing QB in the nation

GA: Stanford once again beats a ranked opponent while missing a bowl game

SW: U$C wins against a ranked opponent early, "U$C IS BACK" is screamed by every talking head, and they go 6-6 on the year with a loss to the Beavs.

DT: Someone will get fired