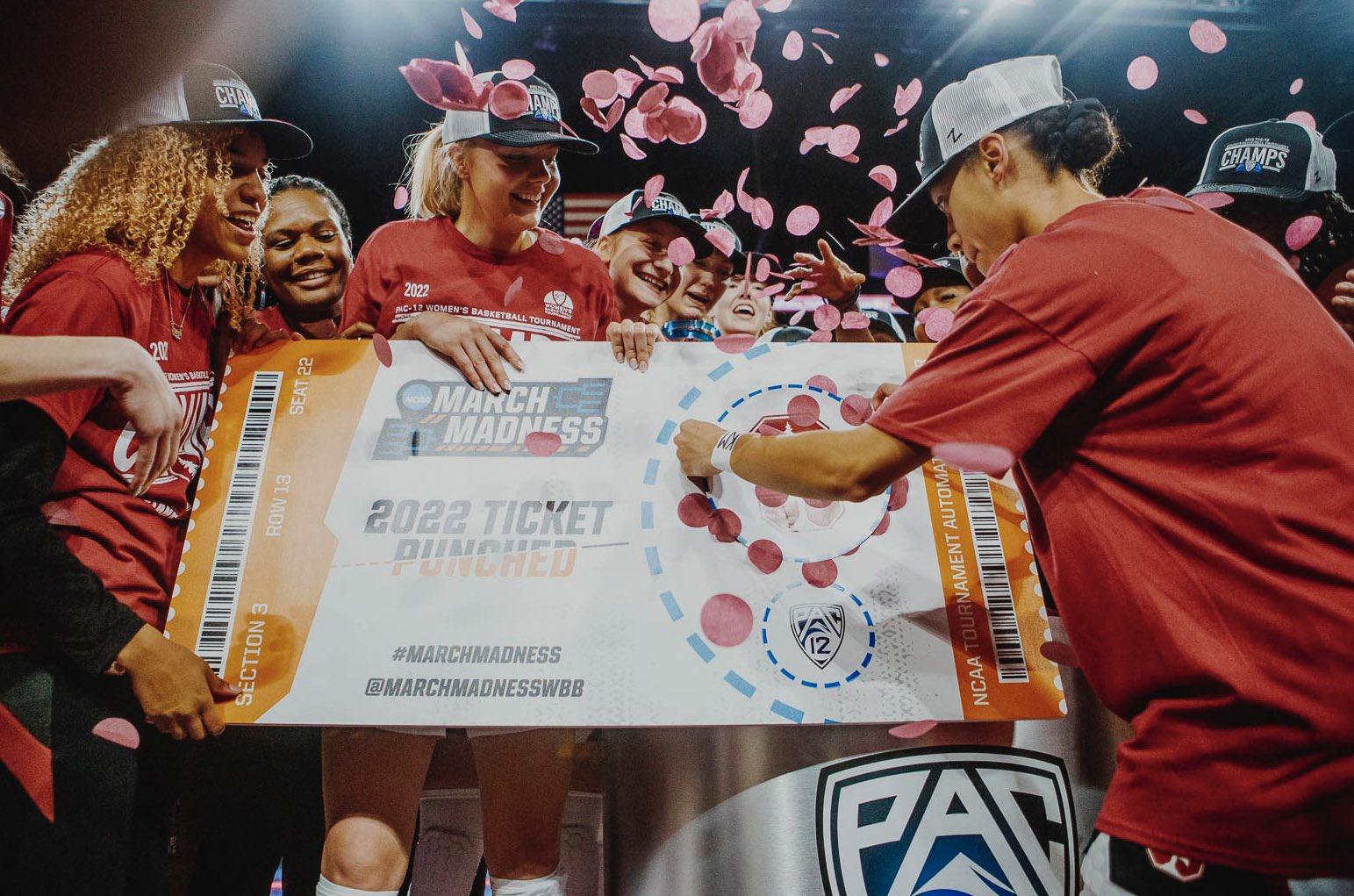 After sweeping the Pac-12 in the regular season, Stanford ran it back for the conference tournament, smacking down Oregon State 57-44 in the second round (post-bye), smiting Colorado 71-45 in the semis, and smothering Utah 73-48 in the finals to achieve coronation.

Take a moment to celebrate:

Haley Jones led the way with 19 points, 6 rebounds, and 4 assists in 33 minutes. Cameron Brink was dominant early scoring 6 of the Card's first 8 points, but foul trouble would limit her to 18 minutes on the night. Still, her stat line of 16 points, 4 rebounds, and 4 blocks is impressive. Finally, Lexie Hull added 15 points on 50% shooting rounding out a triumvirate of double digit scorers for the Cardinal.

No. 2 Stanford improves to 28-3 on the season (sorry for triggering some Atlanta Falcons fans out there). Meanwhile, No. 1 South "New UConn" Carolina lost the SEC tournament to a redhot Kentucky, which begs the question... who will be the number one overall seed?

Signs still point to the Gamecocks taking that spot. They're 29-2, have a win over Stanford (albeit a home court win), and both of their losses while against unranked teams came on last minute possessions (which btw... sound familiar?). Couple those particulars with the fact that South Carolina has 10 wins against ranked (at the time) teams to Stanford's 5, and we may have to be content being just another 1 seed.

The March Madness selection show airs on Sunday March 13th at 5pm PT. Tune in to see who Stanford will play at home in the first round of the Big Dance. In the meantime, Channel Tree will be traveling to Vegas to support the men's team (because lord knows they need all the help they can get).