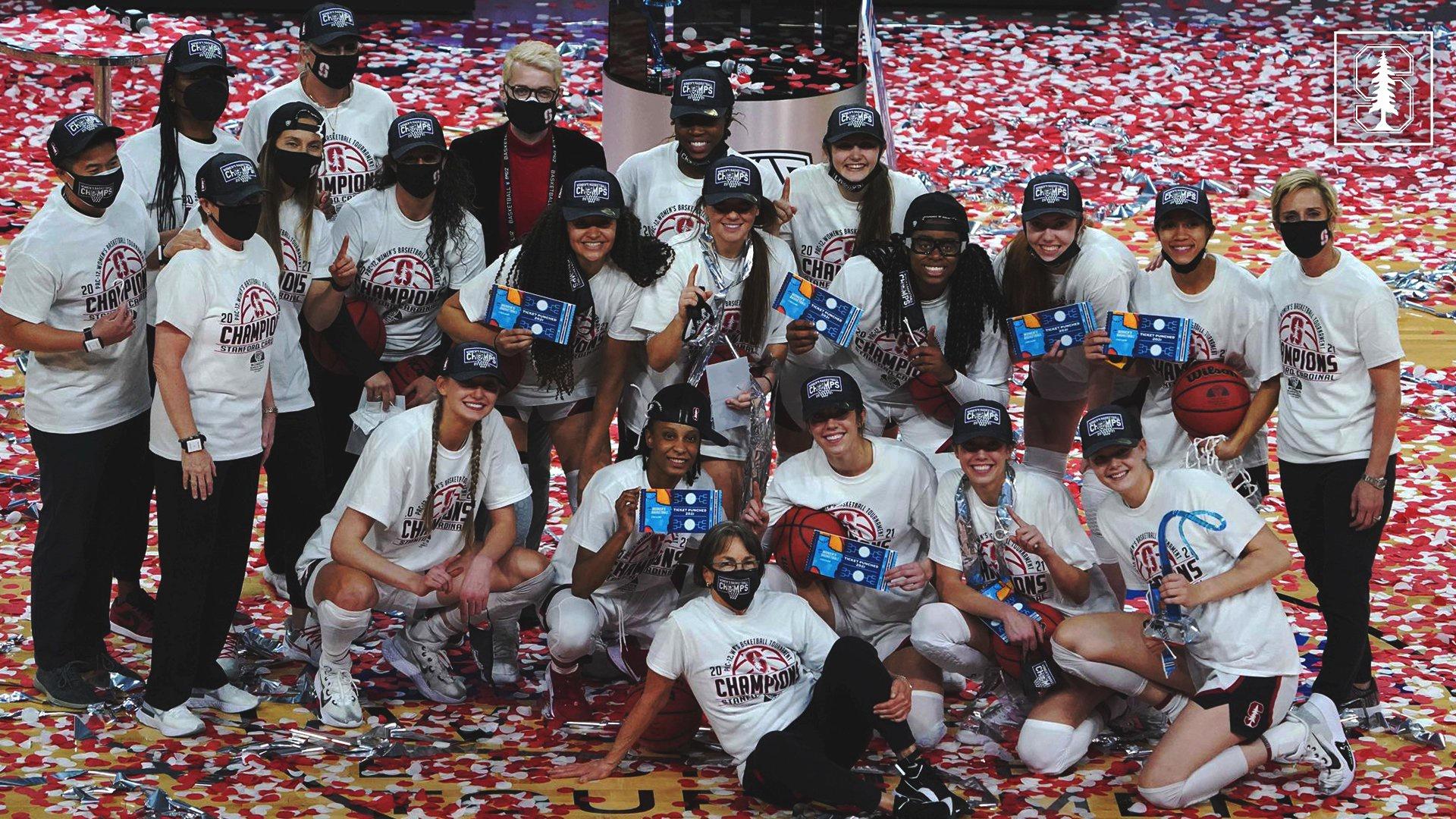 
Another year, another Pac-12 Title for Tara's Team. On Sunday night, the No. 4 Cardinal routed the No. 9 Bruins 75 to 55. If you believe it, this game was over by halftime, Stanford entering the locker room at the break with a more than comfortable 43-20 lead. Wow.

The 20 point spread padded an already impressive margin of victory for the tournament as a whole. The new champs now hold a new record: largest combined point differential in Pac-12 Championship history at +31 points.

Many stats from the final are headline-worthy, but none more so than this: since the Pac-12 Conference Women's Basketball Championship began in 2002, Stanford has claimed the title 14 times. To go 70% on conference championships in a field 12 schools is insane. To my mind, only Stanford Women's Tennis boasts a more impressive share of titles, having won the entire NCAA tournament in 20 of 38 possible seasons. Both of these programs are god-tier, good luck changing my mind.

Most Outstanding Player Kiana Williams led the Card with 26 points on 10-18 shooting which included going 6-7 from three point land. Keep an eye out for her next three: if it goes in, she'll be tied with Stanford royalty Candice Wiggins for most career three pointers made in program history. Beyond the numbers, Williams passed the eye test on Sunday night too--she was electric, supplying the squad with the juice and veteran leadership needed to exact revenge on the Bruins who had eked out a win against Stanford on their extended road trip earlier in the season. Haley Jones contributed with a double-double of 10 points and 13 rebounds, while Lexie Hull added 24 of her own, plus 6 rebounds, 2 assists, a steal, and all-tournament honors alongside teammate Cameron Brink.

Despite being on the losing side, UCLA's Michaela Onyenwere had a commendable night, putting up 30 points. But... that was about the only bright spot for the Bruins. The Stanford defense put the hammer down early making "baskets" a scarce commodity for UCLA. As one twitter user put it, as UCLA fell behind:

After tearing through the Pac-12 Tournament, the Cardinal are now No. 2 in the latest AP Poll and are expected to secure a 1 seed for the ensuing NCAA Tournament alongside embittered rival UConn led by superstar freshman Paige Bueckers. The WBB Selection Show will air on Monday, March 15th at 4pm PT. Unlike previous years, the 2021 tourney will be played in a bubble centered around San Antonio (+ a few first round games in San Marcos / Austin). Until then, we've got you covered! Continue to pump this hype video into your veins:

All eyes look toward San Antonio, where this Cardinal team may just give the city something else to remember.