The Cardinal send some elite talent to the next level 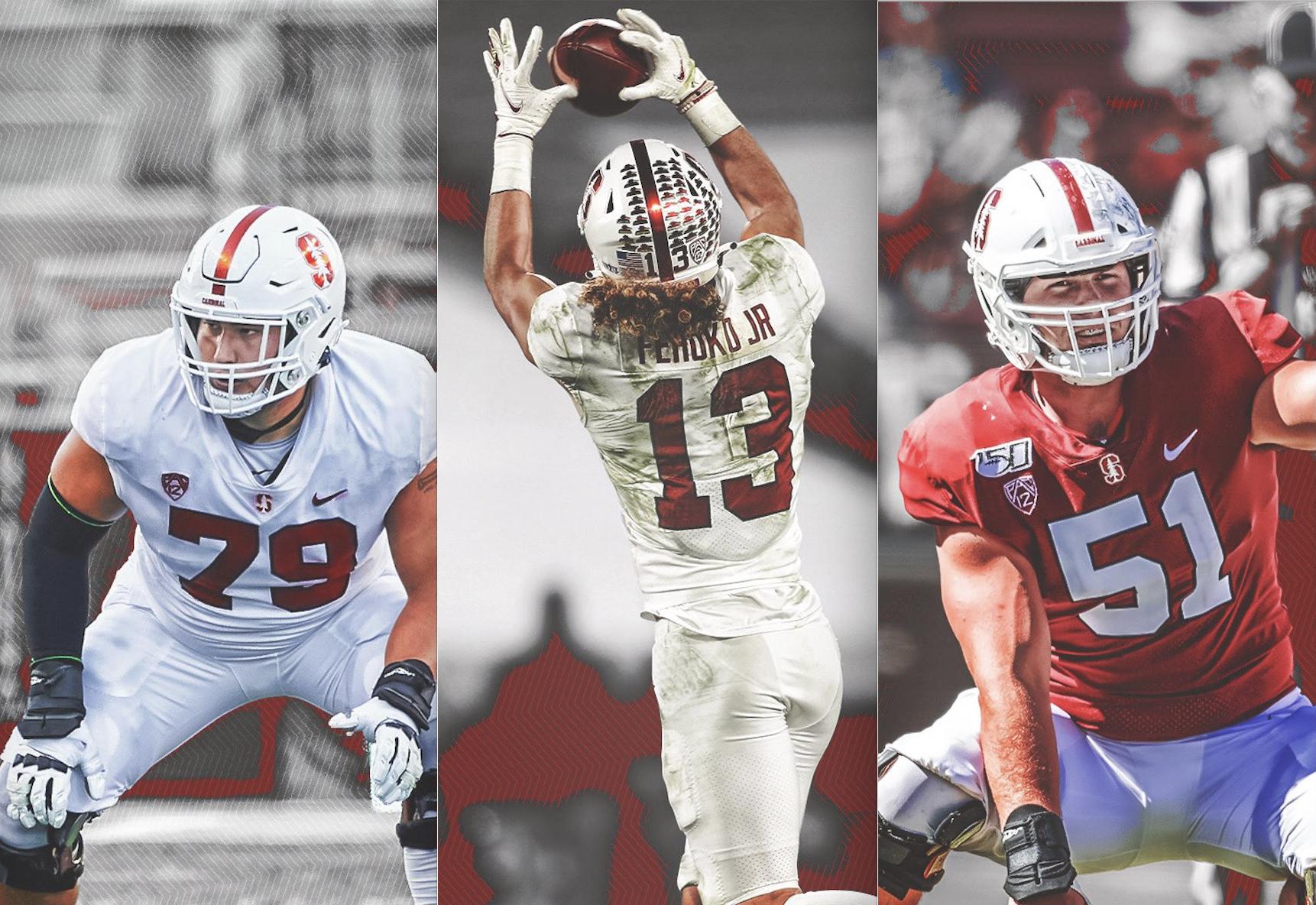 
After declining a possible bowl berth and ending their season in style at the Rose Bowl in a comeback thriller against UCLA, Stanford Football is still finding ways to make headlines. Three prominent Cardinal have declared for the NFL draft in the past three days, all announced on Twitter via high quality, coordinated graphics no doubt made in conjunction with Stanford Athletics.

First to declare was stud WR Simi Fehoko, who quickly became QB Davis Mills' favorite target during the Road Dog's 2020 season. We all hoped the 6'4" junior from Sandy, Utah would return for another year, but after a 4-game win streak culminating in an epic 16 reception, 230 yard, 3 TD performance (including 2 TDs in the final 3 minutes), his decision to declare seems a wise one.

While another year might've allowed Simi to finish out his Communications degree and rack up enough yards to achieve Stanford Royalty (i.e. Second Place in Heisman voting), his monster final game and his All Pac-12 first team selection are enough to raise some eyebrows among NFL GMs and get him where he needs to go.

Next to declare was senior C Drew Dalman, a cornerstone of Stanford's O-Line and another All Pac-12 first teamer. The team captain will be graduating with a Mechanical Engineering degree and some impressive stats as the anchor of Stanford's so-called Tunnel Workers Union, including the highest grade among Pac-12 centers by Pro Football Focus. The Salinas, California product has started 18 consecutive games for the Card and his leadership and excellent play will be sorely missed in 2021.

The latest domino to fall is right tackle Foster Sarell, who declared for the 2021 draft just today. A Top-15 recruit nationally, Sarell pulled off what is often seen as impossible in David Shaw's system: he played... as a freshman. I know right? After a freshman year marked by growth and production and a sophomore year marred by injury, Sarell came back junior year with solid play that earned him an All Pac-12 honorable mention selection, but not much else. With sophomore and senior seasons not counting toward his eligibility (due to injury and COVID-19 respectively), we here at Channel Tree expected to see Sarell come back another year to develop and accumulate a resume better fitting his talent. Unfortunately, our tackle from Tacoma is taking his talents to the top.

What's next for the Cardinal? Who will replace these big offensive pieces? Why aren't athletes announcing things via the notes app anymore!? For the first two questions, Stanford's incoming 8th-in-the-Pac-12 recruiting class is not exactly promising (source: 247). For the third question, the world may never know!