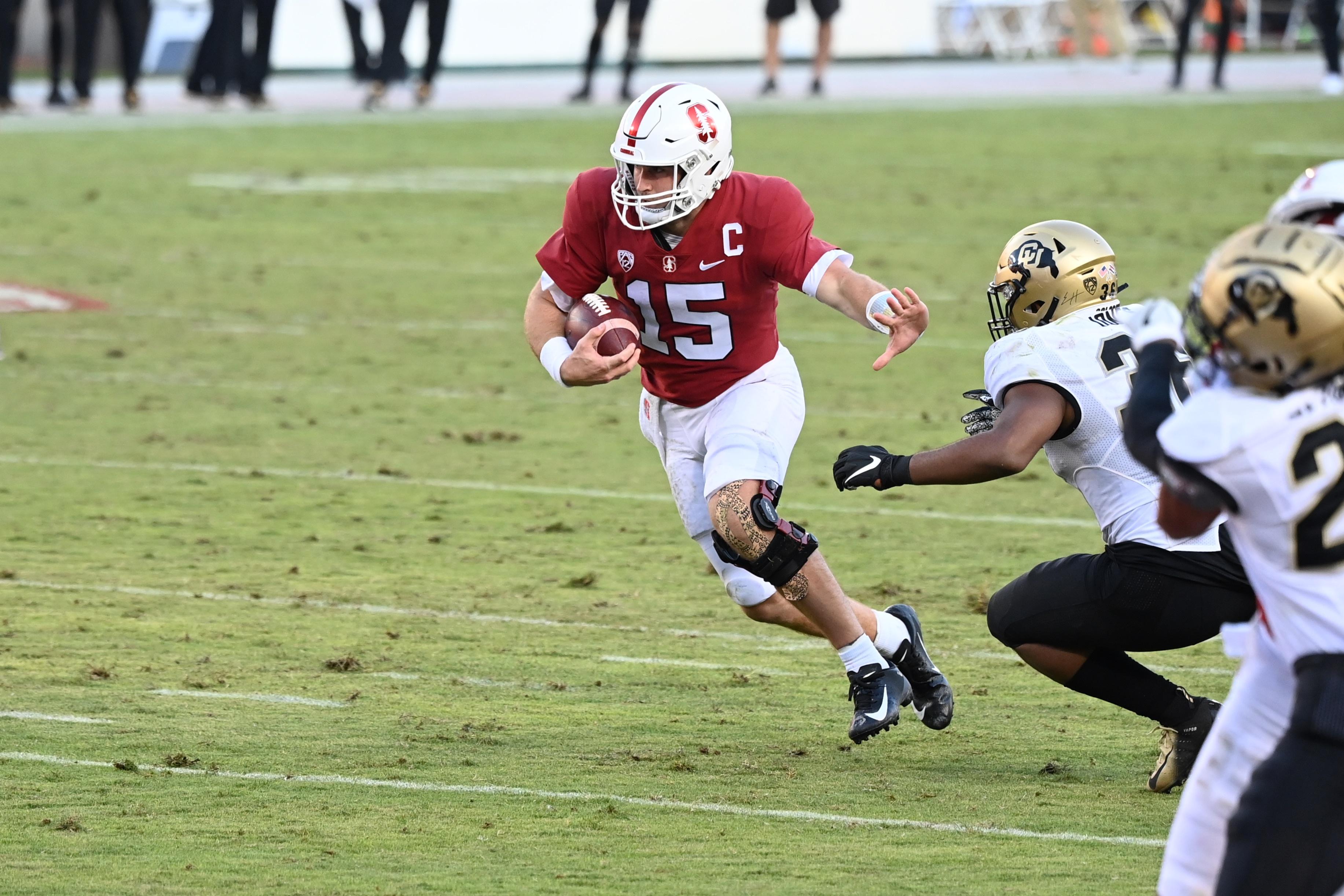 It is easy to target the red zone decision making. For the second straight week, the quarterback under center had limited practice reps. Due to a mistake by the conference and an abundantly cautious Santa Clara County, senior quarterback Davis Mills was only able to practice on Friday. “I was in isolation until I was let out,” said Mills.

Nevertheless, the offense dialed up fade after fade, completing exactly zero of those routes that require precise timing and repetition. On fourth-and-one from the Colorado 4 yard line, they took a delay of game penalty despite having two timeouts in their pocket. That is the definition of squandering.

“If we come out of the first couple of drives with touchdowns, it’s a completely different ball game,” Shaw said. “We took too long to get going.”

But why stop there? The defense is short-handed, and at some positions extremely so. They had their moments today, but failed to come up with the plays when they needed them. Colorado finished the game 8-14 on third down, and were outstripping that pace for most of this one. It is called the money down for a reason, and this is consecutive weeks where Coordinator Lance Anderson’s crew came up broke.

The effort level is there, but the scheming evidently is not. In both weeks, the outside linebackers crashed with reckless abandon, leaving no contain to stop the quarterback keepers. Shaw acknowledged that. They also got burned on a corner blitz when the safety failed to rotate over.

“When one guy misses an assignment, it shows against a good team,” said fifth-year safety Malik Antoine. Malik had the game’s only interception, but he also accepts some of the blame for the mixups. “I hold myself accountable as a leader.”

Let’s go back to the offense, shall we? On third and one in the first half, they trotted out reserve quarterback Isaiah Sanders. The fifth-year grad transfer came to The Farm from the Air Force Academy, and his triple option experience gives the offense an extra dimension. “He’s got a great package of plays,” Shaw assured the media, despite using none of those great plays through two weeks.

Stanford broke the huddle with plenty of time to get a play off, but ultimately took a timeout with the play clock making a beeline toward zero. “He went out there and the clock expired,” Shaw related. “So that was a difficult situation.” Those of us who follow college football know that it should not be that difficult. But here we are.

This season has a long way to go, and there is clearly plenty of talent. The offense started to percolate late in the game, including three second half touchdowns and a pair of two-point conversions. Davis Mills finished the game with better than 300 yards, and the receiver trio of Wedington/Wilson/Fehoko all had more than 70 yards to their names. Part of it was Colorado playing with a lead, but this group has plenty of dynamism. Fifth-year kicker Jet Toner was perfect in a bounce-back game, as well.

The defense stopped the Buffs on their last three drives, including a must-have three-and-out on their final one that gave the offense the slimmest of hopes. They had their bright spots today, despite a disastrous third quarter.

“Nothing changed in the game plan,” Antoine said of the strong fourth period. “Guys just did their job.”

Incredibly, despite everything that happened and all the squandered opportunities, this was a three point game. Stanford even had the ball with 10 seconds on the clock (they would have had more time if they ever snapped the ball before the play clock read 10 on their penultimate drive). That is why this hurts so much. This could have - nay - should have, been a win.

The Cardinal play host to Washington State next week. Though there are no fans, the 450 potted trees and cardboard cutouts of Sandra Day O’Connor, Tiger Woods, and Reese Witherspoon make for a formidable crowd. There is not much time to right the ship in such a short season. It is now or never.

“We have the ability to be much better than we performed,” Shaw said. And I’m inclined to believe him. We can only hope that they realize that ability soon.