Stanford goes down kicking against the Ducks, 35-14 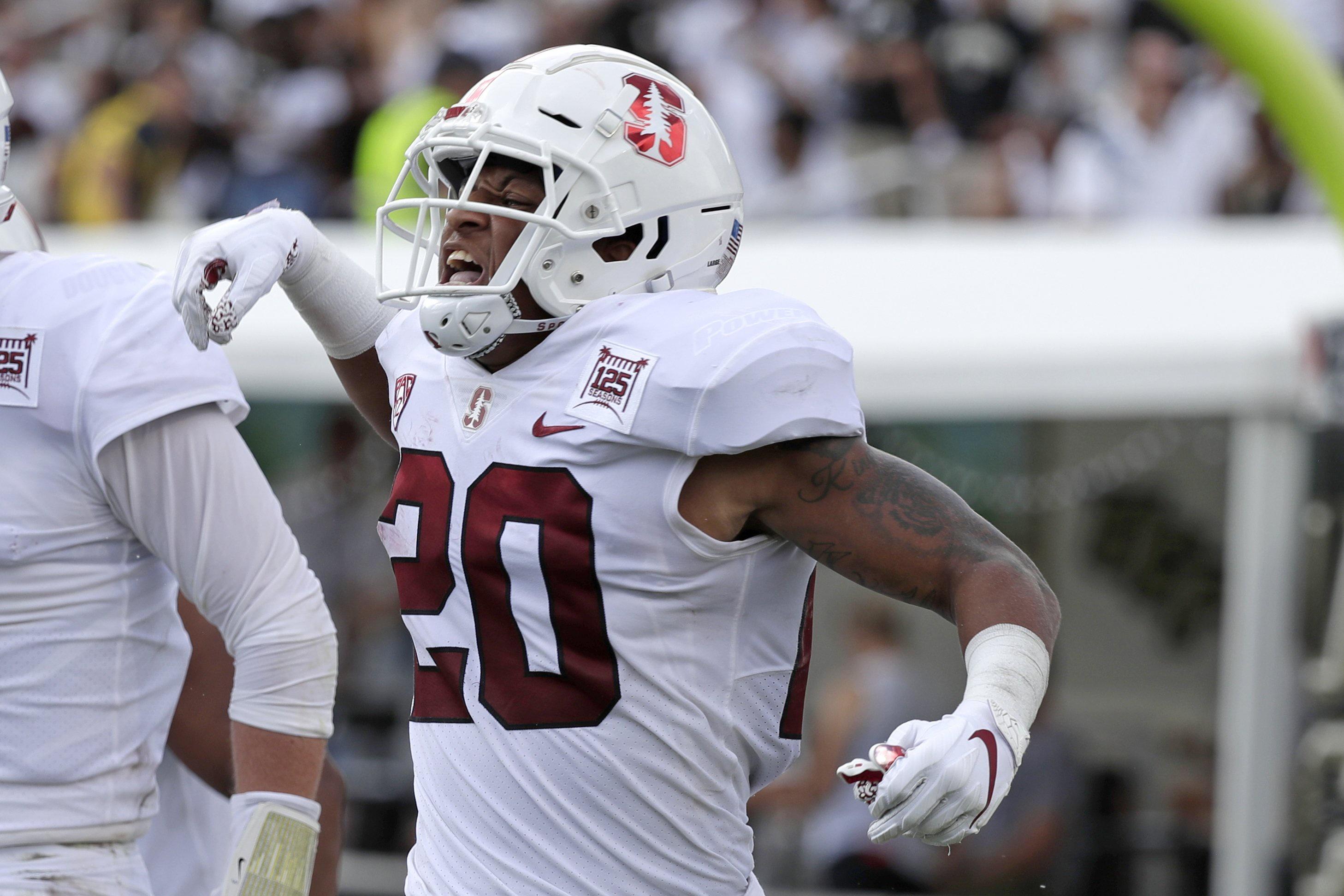 
Despite scoring just 14 points, the Stanford offense should leave this game feeling encouraged and good about themselves. David Shaw should not.

This was always going to be a tough game for the Cardinal. Playing on the road against perhaps the best team in the conference, the majority of whose vaunted 2019 defense returned, is a tough ask. Finding out you'll be without your starting QB Davis Mills, starting WR Connor Wedington, and DL Trey LaBounty less than two hours before the game? It would have been easy to roll over.

But the Cardinal did no such thing. With Jack West unexpectedly making his second career start, Shaw and OC Tavita Pritchard leaned heavily on the running game. They had success early, moving the first drive into field goal range before the usually reliable Jet Toner sent a kick some 15 yards wide of the mark (Remember that, because you'll be reading it again).

"We had next man up mentality," said ILB Curtis Robinson. "We knew we had to try to win with the guys we had." The guys they had took an early 7-0 lead, as the standout sophomore back Austin Jones broke the plane on the second drive. The defense, for their part, found ways to stymie the Quack Attack and new starting QB Tyler Shough early in the game. Sophomore linebacker Levani Damuni got his mitts around one of the hurler's offerings, making his first career interception. One drive later, he recovered a fumble.

"I'm not surprised," said Robinson of his linebacker mate. "He's a ballhawk in practice. We've been working our asses off." But the Cardinal failed to turn either takeaway into points. After the interception, Jet Toner overcompensated and hooked a 41 yarder. Following the fumble, the Cardinal opted to punt on fourth-and-8 from the Oregon 33.

"I don't have a chart or anything, [or] any statistical measurements for me," said head coach Shaw, to the surprise of no one. "If I feel like we'll make it, I'll go." The Cardinal went into the break down 14-7, but the second half was when Shaw's feelings became particularly bizarre.

Oregon opened the third frame with a statement score, but Stanford moved the ball down the field with a balanced attack. Facing a fourth down and trailing by two scores, Shaw trotted Toner back out there, and he promptly sent a 35 yard attempt wide. After another Duck score put the game at 28-7 into the final period, one would think Shaw would have had his fill of field goals. But one would be wrong.

The Cardinal's opening drive of the fourth quarter is something I wish I could unsee, misremember, and be clean of entirely. New QB Tanner McKee and the Cardinal took the ball to the 2 yard line of Oregon, where they appeared poised to cut into the hefty deficit. On first down, McKee tossed a fade to Simi Fehoko that was nowhere near the mark. An Oregon penalty moved the ball to the 1, where Stanford could easily punch it in on the ground. "Our offensive line was doing great all night, I just think if we had the opportunity we would have definitely punched it in," said Austin Jones.

But they were given no such chance. The staff instead opted for another jump ball, but this time Fehoko was caught pushing off, and the ball was moved to the 16. After a completion left the ball to the 9, the stats-less coach was faced with a decision. For whatever reason, he opted to insert Toner once more. That decision would have been a head scratcher even if he were having a good game, considering the 21 point deficit with some 12 minutes remaining. But the 0-3 kicker quickly became an 0-4 kicker, completing the rare golden sombrero.

"He had a bad day today," said David Shaw of his veteran kicker. Jet was playing in his first game since midway through the 2019 campaign. He spent the majority of that time rehabbing from his injury, and impressed through practices and even in pre-game warmups. He just didn't get it done in the game. "He's our guy," said his coach. "Is he gonna bounce back? You'd better believe it."

Stanford ultimately lost this one 35-14, with Austin Jones adding a late score. Jones went for 100 on the ground on 20 carries, including his two touchdowns. His backfield mate, fellow sophomore Nathaniel Peat, turned just 6 carries into 93 yards thanks to a 73 yard scamper. The Cardinal offense ultimately got the ball into "field goal range" 7 times tonight. They somehow only ended up with 14 points to show for it.

Shaw said that he doesn't know whether the guys in Covid protocol will be ready to go for next week. For what it's worth, Jack West and Tanner McKee were solid in relief. West went 13/19 for 154 yards, and looked abundantly comfortable for most of the game. McKee hit a beauty of a 46 yard bomb to Fehoko, and his upside is very apparent.

The Cardinal don't need to hang their heads about this one. Yes, they lost by 21, and yes, they allowed the Ducks to go 9/11 on third down. But with a better outing from the normally accurate Toner, or reasonable play calling inside the red zone, this could have been anyone's game.

The truly discouraging thing is that David Shaw is who we thought he was. He's a great man, solid recruiter, and has reached some amazing heights on The Farm. But he'll never make a decision based on sound data or statistics, and that will continue to haunt the team on nights like this one.