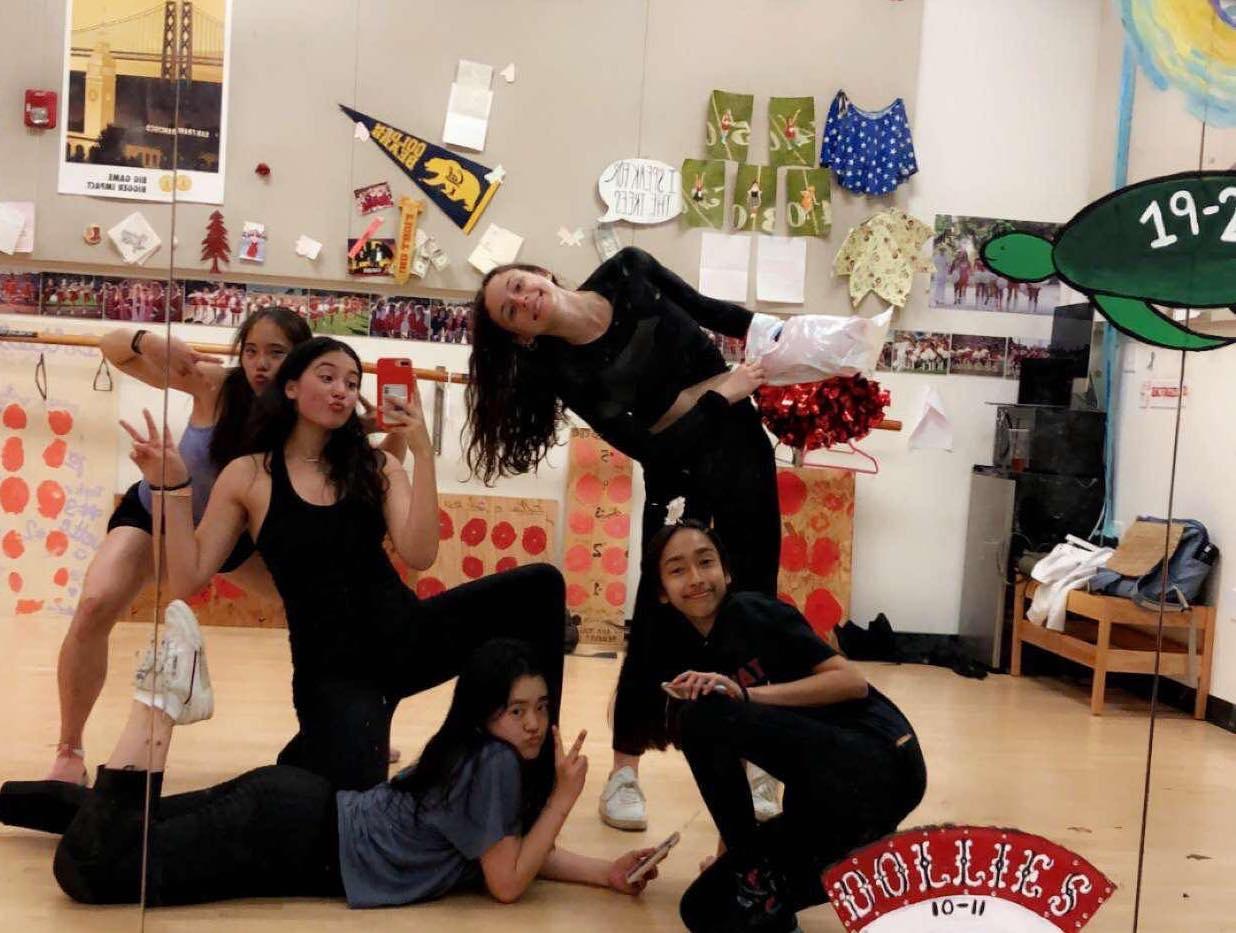 
Start praying to those sports gods and cursing Larry Scott under your breath, because PAC-12 FOOTBALL is back today with an unhealthy smattering of games. We here at Channel Tree have been working tirelessly throughout the week to give you previews of your favorite Cardinal position groups from QBs to OTs. Now that all that trash is out of the way, let's get to the real analysis: The Dollies. Can they handle the heat? Will they shine like Leigh Kinney from the '13 squad as she danced through the season to the Rose Bowl with a torn ACL?? Or will they fall to the gutters of history and be suspended in bowl season like the infamous '16 crew?

Only time will tell. Like... lots of time because they (and the Tree) will not be on the sidelines until the 2021 season. But that wont stop this writer! A former Tree myself ('16-17), I wrangled the new squad into a facebook group chat and gathered the stats and juiciest gossip just for you, reader.

We start off our position preview strong with Amisha Iyer. A product of Choate Rosemary Hall, Iyer has already developed an impressive resume on the Farm racking up memberships in the Cardinal Ballet Company, InStyles, and TapTh@t. A diversity of dance styles will certainly help her on the field in 2021, but her background in ballet in particular should give her the flexibility necessary to kick opposing cheerleaders in the face with ease, a core requirement of the job.

Of concern for Iyer is a well-documented fear of birds, the result of a traumatic childhood accident involving a particularly nasty crow and a slice of pizza. We here at Channel Tree expect great things from this Dollie #1, but are very much concerned that a match up with Utah and their horned-up, red, hellspawned bird-mascot "Swoop" will incite terror in Iyer and cause widespread dysfunction within the squad.

Next up is the squad's wild card: Annabelle Wang. An absolute fiend off the field, Wang was a highly rated recruit for LSJUMB ever since swallowing a cockroach and a dime in quick succession as a child (true story)! Even by Stanford Band standards, that's a memorable feat. The Houston native spent her red shirt year in both Stanford's Alliance and Innovation Styles groups. If you're wondering if she can curbstomp a drunk fan who inches too close while performing pre-game, I'll add that she's also an active participant in Jam Pac'd, a badass, all-female hip-hop group where thrashing the throats of your enemies is second nature to members.

We have high hopes for Wang as a #2, who is sure to make waves as a Dollie if she's not poached to join the football team as an OT.

Yishu Chen is a young prospect with veteran experience. Versatile in skillset (I'm talking ballet, jazz, contemporary, tap, Chinese dance, hopscotch probably), Chen spent some time at Phillips Academy Andover before joining the Cardinal Ballet Company and ascending to Dollie-dom. Excellent balance, composure under pressure, and a shiftiness we haven't seen since one Christian McCaffrey makes Chen an exciting addition to a unit already overflowing with talent. Plus she's flashed an audience before, which, even if by accident, proves she's got the makings of a solid Tree too.

Off the field, Chen shows some signs of partying too hard. Just this quarantine she had to be fire rescued from a cliffside after getting lost on a hike--(yikes)--being so easily distracted and lost, how will she handle fans rushing the field after a big win? Will she be able to respond to the drum major's whistle when calling a song among the Band's uproar? We'll have to wait to find out.

Vivian Urness is a blue-blood recruit from Portland, Oregon. We at Channel Tree are generally weary of Polisci majors (I mean this week especially) so team chemistry could be a concern, but Urness is a self-proclaimed killa at "the robot", a dancing style that aligns well with David Shaw's facial expressions. Urness will be a #4, which means she's the fourth tallest of the group. It just occurred to me that you may not have known that. The numbers are height-based.

Anyway, in Channel Tree's exclusive interview with Urness, we discovered she's had 7 (SEVEN!?) concussions and still lives to dance another day. Incredible. Let the record show she also believes in ghosts, so maybe she can help us seance Stanford's defense back from the absolute dead!?!?!?

Finally we land on Notorious Numba 5, Audrey Ward, a highly touted prospect who brought her talents to DV8 and Innovative Styles from El Cerrito, CA. The tallest of the Dollies, she'll be able to most easily reach her arm through the Tree costume and slap Grayson, the current Stanford Tree, another crucial role for a Dollie. Jazz, ballet, tap, contemporary, post-impressionism, abstract, Ward has it all. We are truly blessed to be in her presence. Are we even worthy to worship the ground she walks on? Do I deserve to type these words I am currently typing!? No. But Audrey Ward is forgiving. Shower her with your love and instant fandom.

Stanford fans beware: Audrey has a jealous twin that could steal the job from her at any second. Be vigilant. Keep your eyes peeled for a pirouette that's suspiciously un-audreylike. Then take the clone out.

Grayson Armour. The Tree. The 6th Dollie. An inspiration. Grayson is an Aerospace Computational Engineering major, is an expert at frat-flailing (a refined dance style), and is from Carlinville Illinois. He's also (bizarrely) my third cousin, a fact I learned during Tree Week when he called me and casually mentioned my grandfather who he'd met at our annual family reunion in the middle-of-nowhere, Illinois. A beatboxer for the Harmonics (a rock/alternative a capella group on campus), lactose intolerant despite growing up on a dairy farm, and sculpted calves like Michelangelo's David, Grayson has all the vexing makings of a Tree. Could he step in and execute a beautiful kickline with the dollies as an alternate? Doubtful. But he'll make one hell of a drunken tornado, spinning and dropkicking toddlers like God intended.

The future is bright with these young ones. Channel Tree will watch their careers with great interest.