In honor of Independence Day, we here at Channel Tree present you our Mount Rushmore of Stanford quarterbacks. Stanford has produced many stellar quarterbacks over the years, but for this list of greats, we could only select four. And just for your pleasure, we threw in some honorable mentions:

The first of Stanford's quarterbacks to have the honor of being the first to be drafted first overall. He burst onto the scene after upsetting the 4th ranked UCLA Bruins in 1953. “I’ve never seen a man dominate a game so completely as Garrett did,” said UCLA coach Red Sanders after the October 1953 matchup. “I mean anytime, anywhere.” The Cleveland Browns drafted him first overall in 1954 NFL draft with a then-NFL record rookie contract of $15,000 a year and a $5,000 signing bonus. Popular legend (and Wikipedia) states that he failed in the NFL because of a stuttering problem. According to Stanford Magazine, however, the former Stanford star did not mesh well with Cleveland head coach Paul Brown's harsh demands of him, reportedly once forcing Garrett to stand in a corner with dunce cap on. This treatment worsened Garrett’s stuttering problem but did not cause him to fail. Brown traded Garrett after realizing that the new QB still needed to serve two years in the military. After weeks of Brown's treatment, missing his family, and the near drowning of his young son in his absence, Garrett decided to retire before making further inroads into a possible NFL career.

Plunkett is known for being a Stanford football player who actually won the Heisman. Before the fame, he was a child growing up in poverty. He often worked during the summer to help out his family. A young 14 year old Plunkett showed off his talent by winning a throwing contest with a heave of 60 yards. He became at high school football star playing quarterback and defensive end. Hardship struck as a thyroid operation weakened Plunkett. Stanford Football HC John Ralston switched Plunkett to defensive end but Plunkett did not give up. The future Super Bowl MVP threw 500-1,000 passes everyday to polish his arm. He eventually won the starting job and never relinquished it. In 1971, he led Stanford to the school's first Rose Bowl victory since 1941. The then-Boston Patriots selected Plunkett with the first overall pick. Plunkett struggled frequently as a starter but eventually found success as a back up for the Raiders winning two Super Bowls.

Perhaps the most famous Stanford football player to date, John Elway chose Stanford because the Stanford degree was an excellent fallback in case his football aspirations did not come to fruition. As a dual-threat passer coming out of Southern California, Elway received over 60 scholarship offers and was also drafted in 1979 Major League Baseball draft. Elway would play baseball and football at Stanford. Despite pairing up with college football hall of famers Darrin Nelson (RB) and Ken Margerum (WR), Elway would never make a bowl game. He was a Heisman runner-up and was involved in the infamous and controversial 1982 Big Game (reminder: his knee was down). His impact was felt most in the NFL. Despite being drafted first overall by the Colts, Elway leveraged his baseball talents to be traded to the Denver Broncos. Elway lead the Broncos to five Super Bowls as a player winning Super Bowl XXXII and Super Bowl XXXIII. Elway is currently the General Manager of the Denver Broncos with whom he won Super Bowl 50 with.

Last but certainly not least, Andrew Luck brought Stanford football to a zenith after one of its lowest nadirs. Choosing Stanford over Alabama and Northwestern, the Houston valedictorian came to Stanford as a highly heralded recruit. He quickly impressed and eventually became the starter after a redshirt freshman year. in his first season, Luck led Stanford to victories over Chip Kelly's No. 8 Oregon and No. 9 USC with the team scoring more than 50 points in each outing. The Cardinal made the 2009 Sun Bowl - the first since the 2001 Seattle Bowl. However, Andrew Luck would not play in the defeat as he had injured his throwing hand in the final regular game season against Notre Dame. Andrew Luck emerged as a top player in college football in following 2010 season. Leading Stanford to a victory in the 2011 Orange Bowl, a 12-1 record and a #4 ranking in the AP, Andrew Luck set school records in touchdowns passed in a season with 32 touchdowns and total offensive yards with 3,791 yards of total offense. Andrew Luck returned next season to the surprise of many accomplishing a 11-2 record and a berth in the 2012 Fiesta Bowl in which the Cardinal fell short. The two-time Heisman runner-up declared for the draft. The Colts selected Luck with the first overall pick. After four pro bowls, the Stanford legend decided to retire at the relatively young age of 29 citing injuries.

There can only be four, but that does not mean that Stanford has only had four great quarterbacks.

Hogan is the winningest quarterback in Stanford history. He began as a three star recruit out of DC and recently ended a three year NFL career. After a redshirt freshman year, Hogan saw time after QB Josh Nunes struggled. Hogan took the starting job and never looked back. Hogan led the Cardinal to three straight regular-season victories against No. 13 Oregon State, No. 2 Oregon, and No. 17 UCLA. As a redshirt freshman, Hogan notably took Stanford to its first Rose Bowl win since 1972. Despite not starting the season, Hogan's 263 rushing yards in 2012 were the seventh most by a Stanford quarterback in a season in school history. In first full season as a starter, Hogan led the Cardinal to the 2013 Rose Bowl with a 11-2 record with a win over No. 2 Oregon. His redshirt junior season was a relatively disappointing 8-5 outing with struggles in the run game. However, Hogan would ultimately lead his team to a 12-2 record with a resounding Rose Bowl victory to place No. 3 in the nation in the final standings. The Kansas City Chiefs selected the Pac-12 Football Championship Game MVP in the 5th round. Hogan saw starting time with the Cleveland Browns before landing with his hometown team and the Denver Broncos.

Brodie was a consensus all-American at Stanford who also played golf. He would later go pro in both sports. The San Francisco 49ers drafted the Californian with the 3rd overall pick in the 1957 NFL Draft. He went to two Pro Bowls and two All-Pros. He lead the NFL in passing yards three times and touchdowns twice. Brodie's 31,548 career passing yards are second-most in 49ers history behind only the Pro Hall of Famer Joe Montana. They also ranked third in the league at the time of his retirement and were behind only Hall of Famers Johnny Unitas and Fran Tarkenton. Later, Brodie won the 1970 NFL MVP and had his jersey retired by the San Francisco 49ers. After his playing days were over, Brodie worked as a NBC broadcaster for eleven years. Brodie still reminded a strong competitor as he was the first athlete from another sport to win the Champions Tour.

Frankie Albert started as a tailback in 1939. Yet his performance was so mediocre that he considered quitting football altogether. Then came Clark Shaughnessy who changed everything. Under T formation innovator Clark Shaughnessy, Albert led Stanford to a No. 2 ranking in the AP Poll. Shaughnessy saw Albert's passing and ball handling as excellent fits in his revolutionary T formation. The former tailback would achieve all-American in his junior and senior seasons. He was known as a "magician" who perfected the bootleg play. The all-American would serve in the Navy following college. The San Francisco 49ers would draft Albert with the tenth overall pick with whom he would play from 1946-1952 with a stint as 49ers head coach from 1956-1958.

Who can look happier throwing an interception? This makes him a legend among legends. Also, pretty sure nobody reads my stuff so you won't argue with me. Ryan Burns is bae. 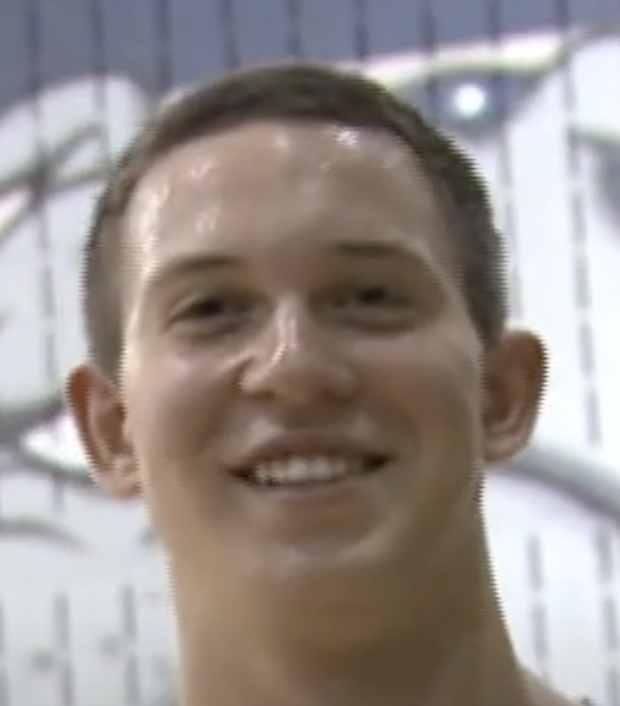