Cardinal Put Down the Mustangs, 80-43 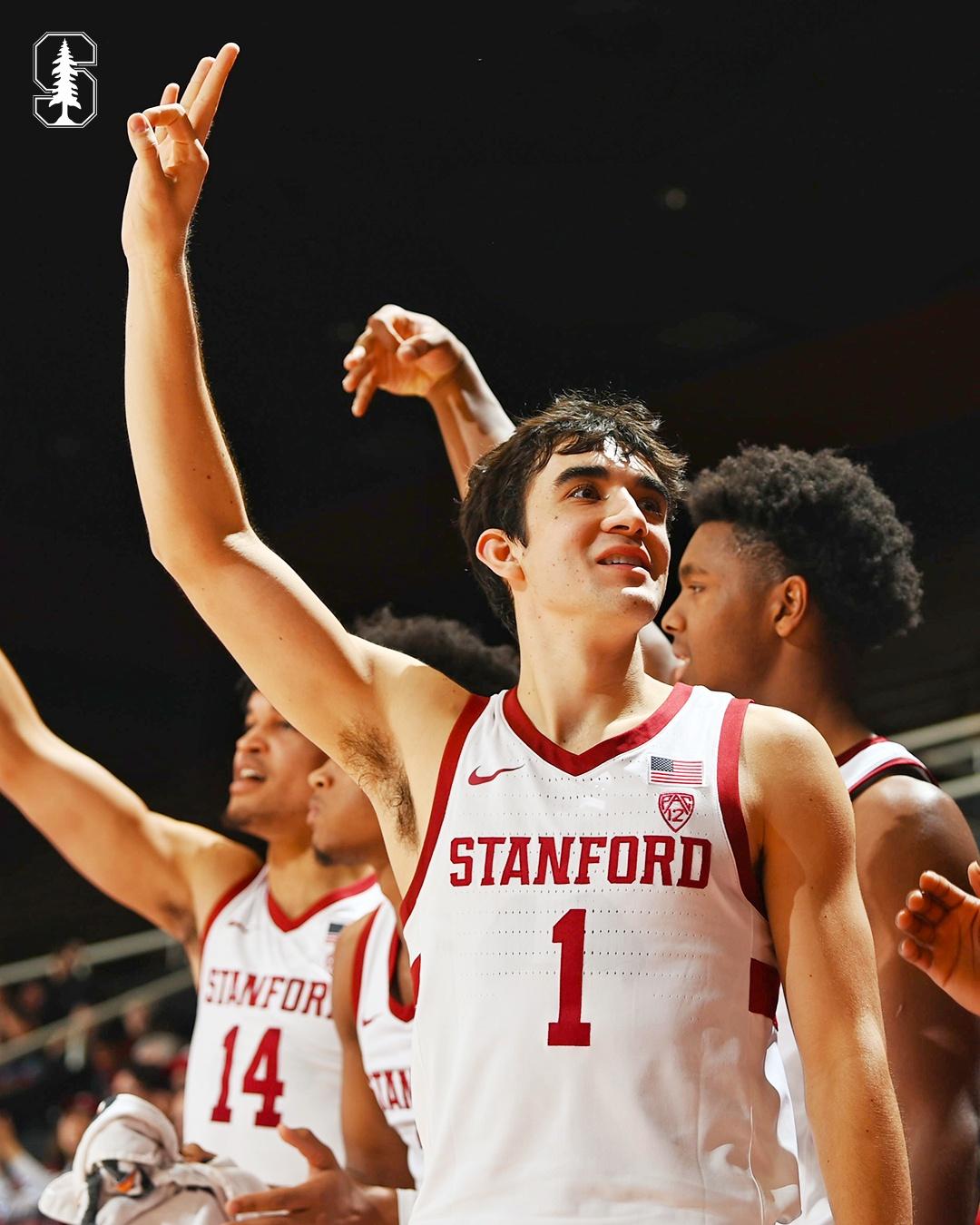 
The Cardinal beat the Mustangs so thoroughly that you almost expected candy to come out.

Stanford (2-2) jumped out to a 19-0 lead on Cal Poly (1-2) and never looked back. They were on the heels of two consecutive poor shooting performances, but it was only a matter of time before the shots started falling.

“We know that we’re a good shooting team,” said fifth-year guard Michael Jones. “I would say it was due.”

Stanford made 10 of their 16 first half attempts from deep, and finished with 14 makes on the game. Five players contributed at least two apiece, and they came in bunches. The Cardinal covered the 15 point spread in the opening minutes and kept piling on.

Cal Poly struggled to get anything going offensively in the early going. It took them more than 7 minutes to get on the scoreboard, and more than 16 minutes to make a shot inside the arc. For much of the first twenty minutes, they had more turnovers than points. It took until the end of the period for their field goal attempts to eclipse their turnover total of 12.

“We talked about the idea of starting strong, on the defensive end especially, to be able to make sure we impose our will,” said Head Coach Jerod Haase. “I thought we did that.”

The Cardinal took a 47-19 advantage into the locker room. Remarkably, that 28 point advantage was greater than the Stanford women’s halftime lead of 25 against Cal Poly two days prior. It was a good, old-fashioned beatdown.

It would have been easy to celebrate at the half with such a large cushion, but Stanford remained locked in and extended the lead out of the break.

“We tried to have the same mentality we had to start the game, to come out and punch them in the mouth,” said Michael Jones. “Metaphorically.”

They grew the lead to 37 points before the second media timeout of the half, and the lead would top out at 39 a couple of times later in the contest. Haase was able to use a variety of lineups, and 11 of the 12 Cardinal to see the court found their way into the scoring column.

“Coming off two losses, it’s an emphasis of playing with an edge, playing pissed off,” said junior forward Max Murrell. He made 4 of his 5 three point attempts to match Michael Jones with a team-high 15 points.

“It feels good to play, in a lot of ways, a clean game,” said Haase. “We played hard, and even when we had a lead, I thought we played really selfless basketball.” For Haase, this marked his 100th career victory as Stanford’s coach. That milestone earned him a shower of cold water after the game.

Stanford finished with 29 made field goals on 18 assists. Harrison Ingram led the team with 8 dimes against just one turnover. As a team they shot 49% from the field and 48% from deep. They won the rebounding battle by 17, points off turnovers by 15, and put together 52 points off the bench. Their stifling defense held Cal Poly to 8 points in the paint (only 2 at halftime), and just 5 assists.

Joining Mike and Max in double figure scoring were Maxime Raynaud and Spencer Jones, with 10 points apiece. Freshman Ryan Agarwal added 8 off the bench, the first of his young career. Cal Poly’s lone player in double digits was Trevon Taylor, with 12.

Isa Silva drew his first start of the season, and the second of his career, at the point guard position.

“The bottom line is the point guard position needs to be a net positive for us,” said Haase. “I think it really can be. We need both [Isa and Michael O’Connell], in my mind, to play a little bit better.”

Stanford is next in action on Thanksgiving day, when they face Ole Miss at the ESPN Events Invitational in Kissimmee, Florida. But first, they want to enjoy the weekend.

“It’ll be nice to break down the tape, watch it, grade it, and then cheer on the Stanford football team tomorrow in the Big Game,” said Haase.

Extra Point: Four-star freshman Jaylen Thompson has yet to see the court this season. Haase clarified that he is healthy and that it is merely a coach’s decision at this time.