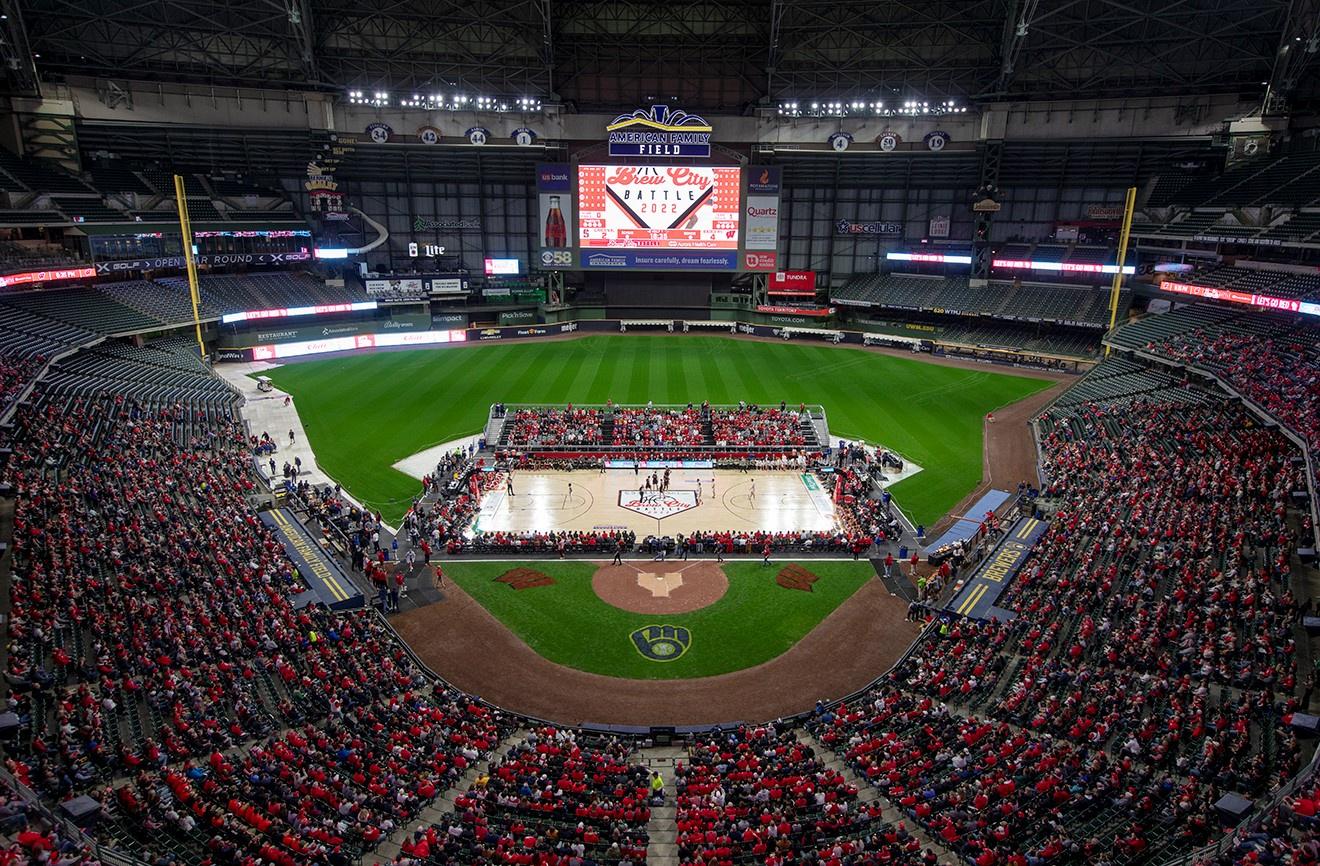 
The Stanford Cardinal (1-1) got to watch sausage races during a timeout of tonight's Brew City Battle, so in a way they were winners.

Wisconsin head coach Greg Gard said this was a game 15 years in the making. The venue was beautiful; the court was laid on the infield dirt of Milwaukee's American Family Field (still Miller to me). Nearly 18,000 bratwurst-fed Badgers fans jumped around in this nominally neutral field, and they made their presence known in tonight's 60-50 Wisconsin victory.

Stanford trailed at halftime thanks to twelve turnovers against just one assist. Coach Haase suggested they needed to be stronger with the ball, but there were plenty of other miscues. There were travels, and charges, and pie-in-the-sky passes. Twelve turnovers in twenty minutes takes a village, as they say.

The Cardinal cleaned things up in the second half and trimmed the deficit to as few as five points at the penultimate media timeout. They made their first five shots from the field in the second period, working the ball inside and getting the ball to multiple sides of the court. But as soon as the deficit was down to two possessions, they rattled off a seven minute field goal drought that was every bit as excruciating as the way that the Chorizo choked away the sausage race.

Stanford went a remarkable 1-16 from deep. Wisconsin was not much better, hitting on 5 of 20 attempts, with one of those banking in from the wing. Stanford guard Michael Jones suggested that the venue played a factor on their depth perception, but didn't want to place too much of the blame on the field.

Brandon Angel was the only one in double figures for the Cardinal, scoring 14 points on 5-11 shooting from the floor. Michael Jones had 9 points after Monday's 31 point outing, and Spencer Jones managed 8 points and 4 blocked shots in his season debut. Harrison Ingram was a virtual non-factor, going 2-8 and scoring 6.

Wisconsin is a gritty team and they made offense difficult for Stanford. But the Cardinal did plenty of that themselves. They need to regroup as they host a likely tournament team in San Diego State on Tuesday.

Extra Point: Spencer Jones came off the bench today in his debut. He has been hampered by a lower body injury, but Haase suggested it will not impact his play long term