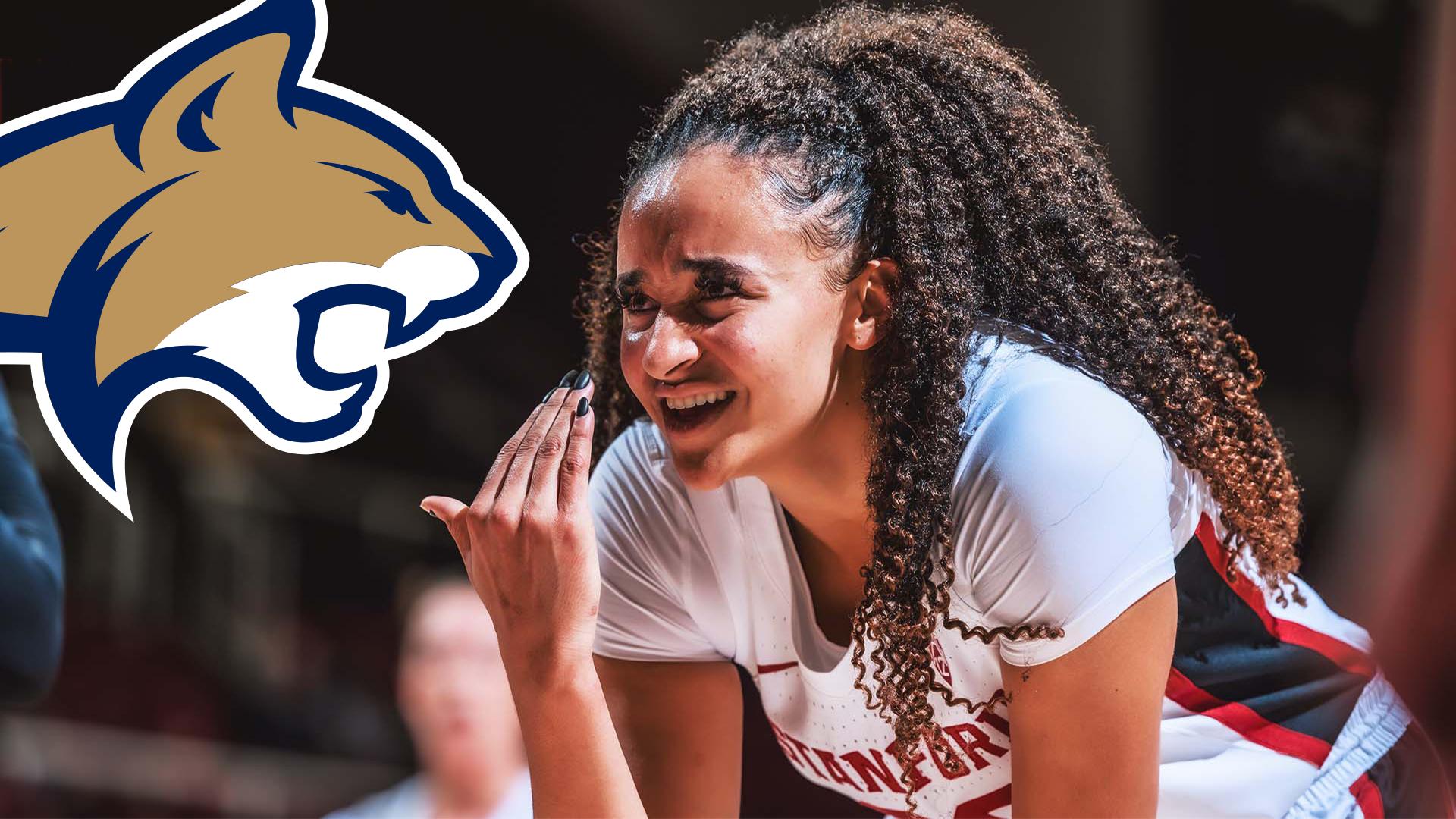 
It’s that time of year again where the ennui of many people’s lives disappear in favor of the craziness that is March Madness.

This season they are burdened with the expectations of a champion, and so far so good, as they are one of the tournament’s number one seeds and went undefeated in the conference. But now, the Big Dance is calling and anything can happen.

The Pac-12 Champions Stanford Cardinal start the Round of 64 off with a home showdown against 16-seeded Montana State (22-12) in Maples Pavilion on Friday night.

The Bobcats made the tourney after defeating Northern Arizona 75-64 in the Big Sky Conference Tournament final. They were marshaled by junior guard Darian White, who scored 17 points and dished out five assists.

White earned her second Big Sky Conference Defensive Player of the Year award this season and led Montana State in scoring with 15.9 points per game.

Stanford head coach Tara VanDerveer had praise for White and the Bobcats.

“I've watched a number of their games,” Coach VanDerveer said.“They're led by an outstanding point guard [White] that gets to the free throw line a lot. They're really good shooters, inside-outside game. They have depth, and a very well-coached team.”

The Cardinal, despite being champions, do not feel that last season’s run will give them any huge advantage in this tournament.

“[I] think that while, yes, there is some sort of confidence from having won [the national title] because you know what it takes to get there,” senior guard Lacie Hull said. “This is a completely different season, a different team. So I think that we have that in the back of our minds, but we can't really rely on anything from last season, so we're focused on each game as is.”

Stanford does field a slightly different team from last year as mercurial guard Kiana Williams left for the WNBA Draft, but several players have stepped up their game to fill the void.

Freshly-minted All-American third team selection Cameron Brink leads the Cardinal in scoring (13.6 points per game), rebounding (8.0 per game), blocks (2.75 per game), and free throws attempted. The sophomore forward has been a terror to opposing offenses all season earning her Pac-12 Defensive Player of the Year.

Not to be outdone by her younger teammate, All-American first team selection Haley Jones has also had an outstanding season full of accolades. She is second on the team in points per game and rebounding and set career highs in assists, rebounds, and free throw percentage. Her season earned her Pac-12 Player of the Year – the first for the program since Chiney Ogwumike in 2013-14.

The Cardinal are the overwhelming favorites as the one seed in the tournament should be against the 16-seed, and their combination of veterans, pedigree, and experience makes challenging them even tougher.

Don’t forget Coach VanDerveer is still adding to her total as the winningest coach in women’s college basketball history and claimed another Pac-12 Coach of the Year this season.

(Let’s just never bring up what happened 24 years ago this week.)

It would be easy for any one seed to look at future matchups during the first round, but Coach VanDerveer has been here before.

“What I tell our team is, basically, we never look ahead, but we have to plan ahead,” Coach VanDerveer said. “The whole tournament is really deep. So… we're focused totally on Montana State, and we just go one game, one possession at a time.”

Sports cliches aside, the Cardinal have all the talent and momentum to win another national title. They did not drop a game in conference play, won 20 straight games, and have not lost since Dec. 21.

“I told the kids in film, you're the underdog and I'm also the underdog,” Montana State head coach Tricia Binford said. “We want to come in and play to our strengths and really get settled in.”

Settling in could prove to be even more difficult as Stanford gets to host its first tournament game since 2019.

“There was one year where we didn't have an NCAA tournament here because of gymnastics, and then, the other year [because] COVID happened,” Wilson said about hosting. “But I would say that it's just really exciting to play in front of Stanford fans, you know, having another opportunity to do that.”

The Cardinal tip off tonight against Montana State at 7 pm PDT in Maples Pavilion.