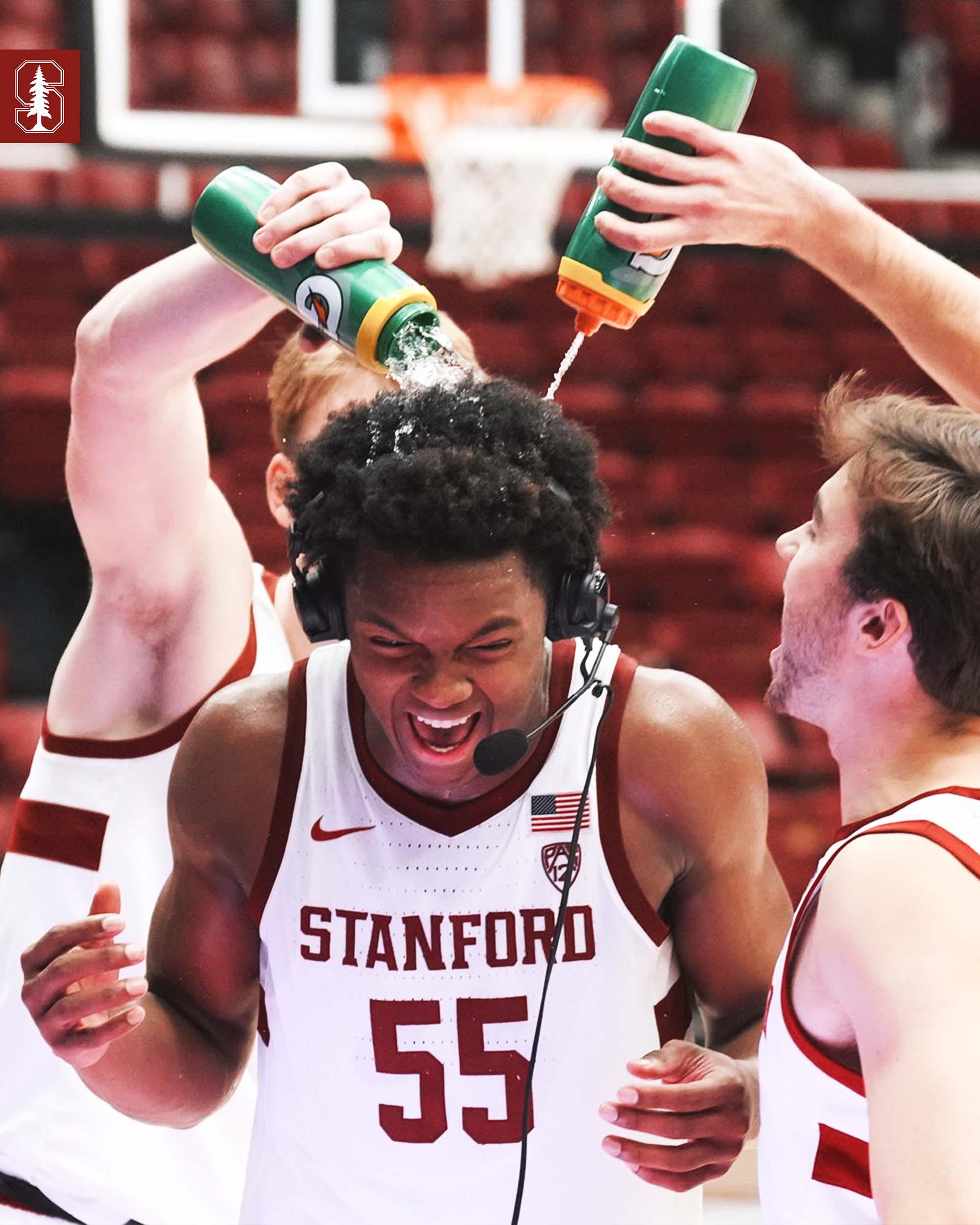 
It had been nearly three weeks since Stanford last played a game. Their trip to Hawaii was cut short mere hours before the title tilt, and three subsequent conference home games were postponed. The team hadn't even spent much of that time in the same state as their head coach. They ultimately showed no signs of rust as they pulled off a 75-69 upset of fifth-ranked USC.

The USC Trojans entered Maples featuring one of the nation's two perfect records. Their effective field goal percentage defense was tops in the country thanks to length upon length. They sported a winning streak over California schools spanning nearly three calendar years. But in many ways, this was a great matchup for the Cardinal.

This year's Stanford squad is one of the top five tallest teams in the country (alongside USC). Even down seven-footer Maxime Raynaud (health protocols), they can mix it up inside with anybody. Until today, they had out-rebounded each and every opponent. USC is also among the worst teams at forcing opponent turnovers. Cardinal fans are well aware of this team's struggles with giving the ball away. Facing a team ill-equipped to take advantage of those woes is a godsend.

The Cardinal turned the ball over eight times early, though, and USC took advantage. The visitors claimed their largest lead near the end of the first half, stretching it to a 33-26 advantage. But Spencer Jones responded with a personal 6-0 run to cut the deficit to a single point going into the locker room.

On multiple occasions in the second frame the Trojans pushed it back out to five points. When they led 39-34, Spencer Jones responded with a pair of treys. When the USC lead was 49-44, Noah Taitz answered with two bombs of his own. The game seesawed back and forth, with USC clinging to a two point lead as the clock struck four.

This Stanford team is well versed in close games. Three of their last four victories have been by exactly three points, with the fourth coming in overtime. This team may be young, but they know how to execute in crunch time.

James Keefe let two defenders fly by before finishing a layup to square up the game. Harrison Ingram knocked down a pair of foul shots out of the under 4 timeout. Then Jaiden Delaire put Stanford up 4 with a driving layup. They would never relinquish that lead. A slew of USC missed free throws helped the Cardinal close out the upset.

Harrison Ingram continued his runaway campaign for Pac-12 freshman of the year with 21 points and 10 boards (5 of them offensive). It took him all of 11 shots to get there. About the only thing the versatile wing did wrong was pickup a technical foul after throwing down an emphatic breakaway jam.

Spencer Jones picked up where he left off in Hawaii. After willing the team to a pair of thrilling victories over Wyoming and Liberty, he turned in another stellar performance this afternoon. He finished with 21 points on 8-15 from the field including three triples, as well as three big steals. His versatility made so many things possible on the defensive end against the rangy Trojan players.

The Cardinal had shooting splits of 44/42/71. Normally 44% from the field is hardly something to write home about, but the USC defense had only allowed one team to eclipse 40% this year. The Trojans missed 11 free throws, although their 28 attempts in the second half led to half of their points in the period. They out-rebounded the Cardinal by one, but they certainly didn't outwork them. Perhaps most importantly, Stanford finished the game with 16 assists against only 11 turnovers. Michael O'Connell was responsible for a team high 7 of the assists.

This goes down as Stanford's first top 5 victory since 2007. It would have been special to see the fans storm the court, but recent health protocols barred non-family from attending all indoor events on campus.

The Cardinal are next in action Thursday afternoon in Pullman. They will be aiming for their second Quadrant I win of the week.