Strong second half has them back in the win column 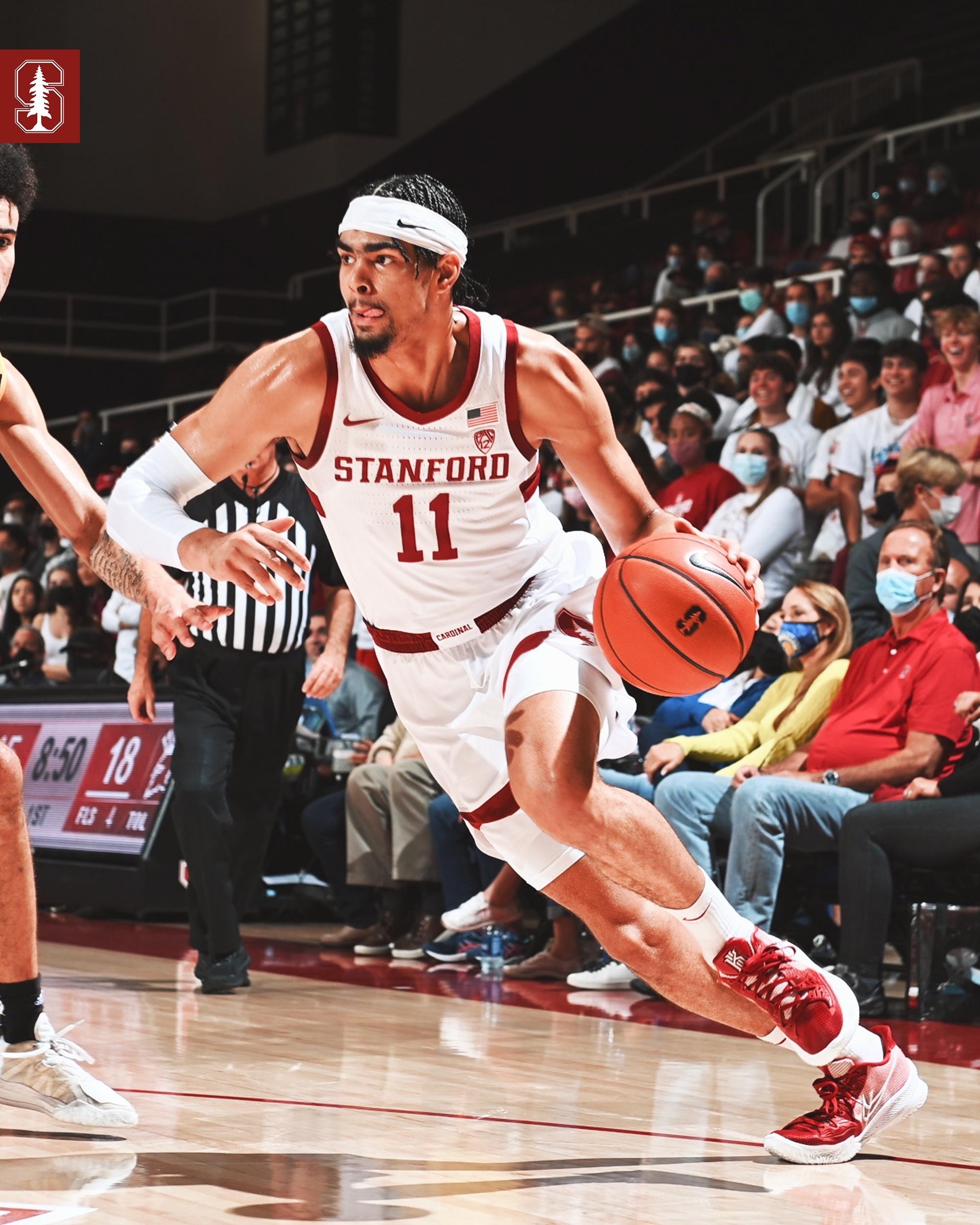 The Cardinal entered the game fresh off one of their poorer performances in recent memory. Still, the Vegas bookmakers favored them by 19 points against the Spartans. It seemed like the perfect chance to bounce back. For some 25 minutes, it was anything but that.

At the halftime buzzer, Stanford held shooting splits of 38/20/36. The quality of shots really wasn’t that poor, but they couldn’t get anything to fall. They were aggressive in attacking the paint, and were rewarded with 14 free throws. They seemed to forget the free part of that, though, converting just 5-14. The deficit was 38-29, and disaster appeared imminent.

“At halftime we looked ourselves in the mirror and tried to be as nasty as we could on the defensive end,” said senior forward Jaiden Delaire. “We were definitely a little ticked off, and that fueled our fire in the second half.”

As Stanford fans have come to know, angry Jaiden is often the best Jaiden. He played one of his worst games on Friday night, but answered the bell to the tune of 19 points tonight. He was emotional and engaged, and hit shots when Stanford needed them the most.

“I thought he responded well,” said Jerod Haase. “We’re gonna need him to be a marquee type player for us.”

Of course, he may have been a little too ticked off, as he received a technical foul for what appeared to be taunting.

“I’ll just say sometimes I black out on the court.”

The recipe for Stanford’s comeback was simple: impose their size and will inside. Immediately out of the locker room, they found the mismatch and went through the post. Whether it be Jaiden, Harrison Ingram, Spencer Jones, or Maxime Raynaud, they were going to post up whoever had a smaller defender. It was a winning strategy.

“Most people play a 6’3” or a 6’5” shooting guard in there, so they gotta guard one of us,” said Harrison. “We ran a bunch of plays to get post ups in the paint, knowing they can’t stop us down there.”

When it was all said and done, the Cardinal held a 34-8 second half advantage in the paint. Their physicality on the defensive side prevented repeats of the easier buckets from the first frame, and the Spartans were only able to muster 24 total points in the period.

Maxime and senior Sam Beskind received their first career starts tonight. Haase lauded their energy and defensive acumen as the reasons for their elevation.

“It’s unbelievable over the time [Sam’s] been here how few minutes he’s played and what a big impact he’s had on our program,” Haase said. “Obviously I have a great deal of trust in him. He’d earned it in practice, and I put him in there.”

The Cardinal were led by Harrison Ingram’s 19 points, 11 rebounds, and 6 assists. It’s stunning how college-ready he is. He can score in a variety of ways, overpower upperclassmen, grab rebounds out of position, and make the right pass. He makes other players better. Jaiden had 19 of his own, and Maxime put up 11 and 6 in his first start.

Stanford used 17 offensive rebounds to overcome a lackluster night from the field. Compared to recent years there is a real effort to crash the offensive glass, whereas before they were mostly focused on transition defense. They also committed just 8 turnovers, a number they’ll be happy with on most any night.

This was only game three, but in many ways it felt like a must win. Harrison Ingram recognized that.

“Our main goal is to go to March Madness, and to do that we needed to bounce back today.”