How different is Kansas State this season? 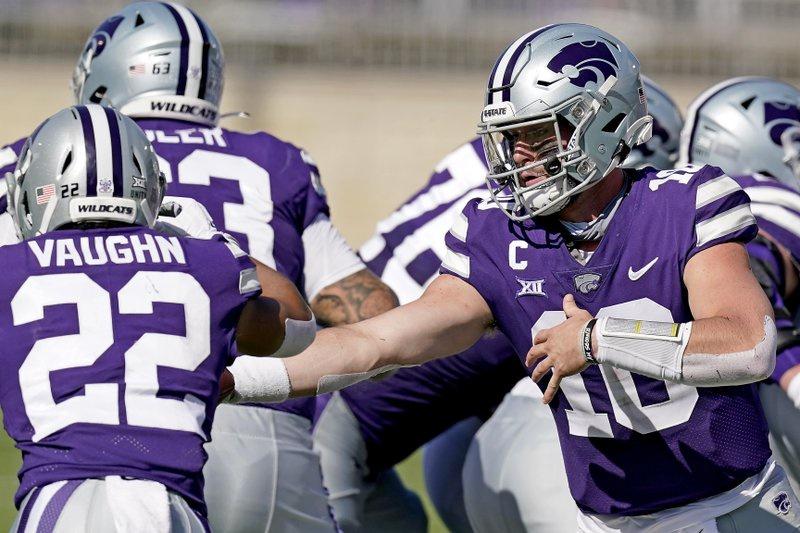 The “best” interconference rivalry is back as (0-0) Stanford faces off against the (0-0) Kansas State Wildcats on Sept. 4 in Cowboys Stadium. The last and only time these teams battled was in 2016, when former Cardinal talisman and current Carolina running back Christian McCaffrey rushed for 133 yards and two touchdowns while Channel Tree writer Sam Weyen performed his first game ever as the Tree mascot. Stanford won that Pac-12 vs Big 12 showdown 26-13. Five years later and with completely different rosters, the teams are prepared to throw down once again to determine the true best conference that no one cares about.

In 2016, the Wildcats mustered 13 points, but this generation of purple felines should boast more firepower. Quarterback Skylar Thompson is back from an injury suffered last season, and he has been one of the program’s best signal callers in recent years. Thompson is a dual-threat quarterback, and he’s seventh in the program in passing yards and touchdowns and is fifth in rushing yards.

At every level, the Cardinal will need to be disciplined in order to avoid Thompson breaking contain or hitting his wideouts on play actions.

Stanford will also have to contend against Wildcats running back Deuce Vaughn. The Round Rock native had more than 1000 scrimmage yards as a true freshman in 2020, and earned himself a Second Team All-Big 12 selection. A year later, Vaughn should be even better, especially if his family and friends make the two hour trip up to Jerry World.

Stanford head coach David Shaw has been all about the trenches. If my enormous big man beats your ginormous big man, then we win… and Kansas State boasts a talented and experienced offensive line group.

Center Noah Johnson is a rare (maybe not so rare this year) six year senior and has been elected team captain for the second year in a row. His experience and savviness is a huge boon for the Wildcats, as protecting a dual threat quarterback like Thompson is a difficult task for an olineman.

He is flanked by experienced guards Josh Ravis and Ben Adler, and Cooper Beebe and Christian Duffie at the tackles.

The biggest question mark with Stanford is the quarterback position, and this is where the Wildcats can take an advantage. Last season, Kansas State generated 28 sacks in 10 games, but most of that production, defensive ends Wyatt Hubert and Drew Wiley, is gone. The Wildcats will have to rely on linebacker Daniel Green, who had 5.5 TFLs and 2.5 sacks, to get past a talented Cardinal offensive line.

The Cardinal quarterbacks will also have to contend with senior defensive back Jahron McPherson, who was a 2020 Honorable Mention All-Big 12. He totaled 54 tackles and two interceptions in his last campaign. His performance against then No.3 Oklahoma, where he racked up 11 tackles, a forced fumble and an interception, helped the Wildcats upset the heavily favored Sooners in Norman.

The Cardinal will have to rely on running backs Austin Jones and Nathaniel Peat (which they do regardless of team) to overcome the Wildcats' defense.