The right hurler could mean a high scoring unit 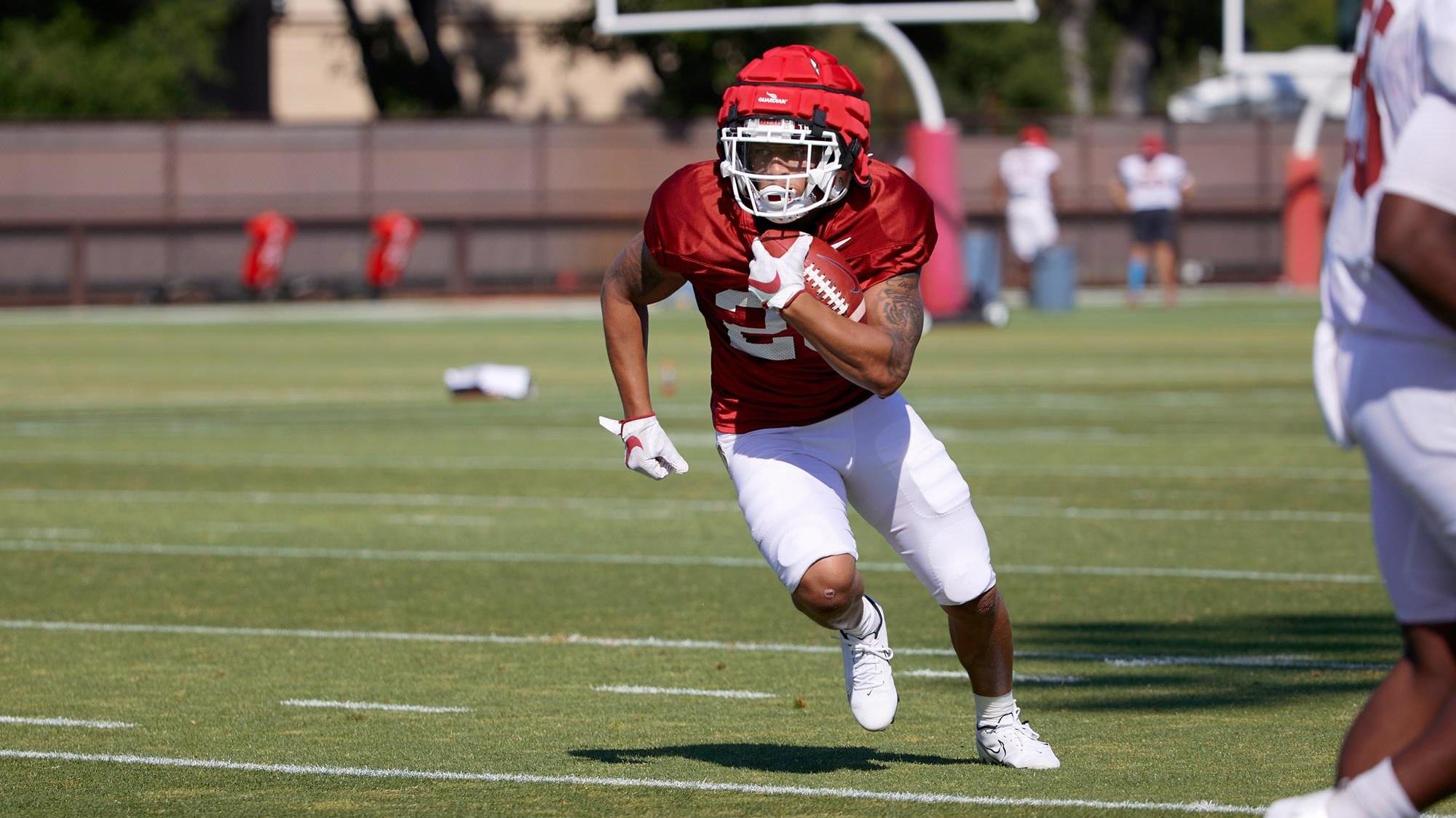 
We are less than a week away from Stanford's season opener in JerryWorld, yet there are still a number of questions outstanding. Chief among them is who will win the long-snapping battle between Bailey Parsons and Kyle Petrucci. It's cost me more sleep than I'd care to admit.

But somewhat overshadowed by that controversy is that we still don't know who will be taking snaps for the offense.

No matter who is under center, they will have an arsenal of talented and experienced compatriots. If the Cardinal can get solid play out of their passer(s), this will be a sterling year for the offense.

Stanford released the week one depth chart on Monday with two players sharing first string QB duties. Listed first is Jack West, the senior who has drawn a start in each of the last two seasons. Joining him is sophomore Tanner McKee, who is actually the age of a senior as he already completed an LDS mission.

To Cardinal fans, Jack West feels like more of a known commodity. That's not a mark in his favor. His appearance in 2020 against Oregon was solid but forgettable, while his start versus UCLA was unfortunately unforgettable. Maybe he's turned a corner, but Spring Game did not seem to indicate that. Remember, David Shaw loves to give the benefit of the doubt to the more experienced player.

Tanner was a highly touted recruit and he clearly has a big arm. He has only seven pass attempts to his name, but his drives during the Spring exhibition were noticeably crisper than the others.

Shaw has mentioned that he might not pick a guy at all early in the season, and let them trade off. There's an old adage that says that if you have two quarterbacks, you have none. Expect to see that put to the test.

The other wildcard here is Isaiah Sanders. The Air Force grad transfer is back for his sixth of year eligibility, and his triple option experience provides gadget potential. He was scantly used for the early part of last season, but punched in a pair of touchdowns in the sealing thriller at UCLA. He will play a role, even if infrequent.

There's not much suspense at halfback. Juniors Austin Jones and Nathaniel Peat once again headline the deep group, and they complement each other well. Austin is capable of being a bell cow, fresh off a year where he averaged over 100 yards from scrimmage per game. But Nathaniel is netting nearly 7 yards per carry in his first two years, and I find myself holding my breath every time he has a bit of daylight. There aren't many better one-two punches out there.

Sharing the third spot on the depth chart are true sophomores E.J. Smith and Casey Filkins. One or both of them will certainly play a role this year. They may not take all their snaps as tailbacks, as both are capable playing out of the slot. Filkins will likely return some kicks, as well. These are both guys to whom you want to get the ball in space.

Fifth year Houston Heimuli highlights the crop of fullbacks. Last year David Shaw became the first coach in 30 years to utter the words "we need to get our fullback going" in a press conference. Houston is that good.

Gone from last year are Simi Fehoko and Connor Wedington. Fifth year Michael Wilson won't go this week, either. But there are still plenty of targets for whoever gets the chance to throw to them. Former walk-on Brycen Tremayne blossomed into a bonafide starter late last year, and appears primed to take another big step. Opposite him is Elijah Higgins, who tallied 14 receptions in the final three games of 2020. You'll be hearing his name a lot.

The young depth is exciting, too. Sophomore John Humphreys put up over 2000 yards and 32 touchdowns two years ago as a prep, and made a big grab in the thriller in Corvallis. Bryce Farrell, Colby Bowman, and Silas Starr all have shown flashes in Spring Game and camp. None of them have recorded a catch yet, but the depth chart has finally cleared. There's no lack of talent here.

Stanford might be about the only team to list two TE slots on the depth chart. Listed as starters are fifth year Tucker Fisk and sophomore Benjamin Yurosek.

Tucker is every bit of 285, and will even take some snaps on the defensive line this year. He's stated that he wants to make the NFL, and one thing he's emphasized is improving as a pass catcher. He only has 9 career grabs, and I'd expect him to get that many in this season alone. He isn't a prototypical receiving threat, but what defensive back wants to go low on him?

Yurosek is 6'5" and a natural pass catcher. He caught three touchdowns in his senior year State Championship game, and should draw plenty of targets this year. He will more than likely lead this group in targets.

Junior Bradley Archer and sophomore Lukas Ungar will both contend for snaps. They played some last year and provide comfortable depth.

Stanford lost three good linemen to the league and yet still feature an experienced unit. Walter Rouse returns at LT, where he started all but one game over the past two seasons. He was pressed into duty ahead of schedule but has continued to impress. Opposite him at RT is true sophomore Myles Hinton, who cut his teeth last year in extra lineman scenarios. There was much talk about the importance of those experiences, and he played well when called upon.

The interior line is anchored by a trio of juniors in LG Barrett Miller, RG Branson Bragg, and C Drake Nugent. Drake has played sparingly in his first two seasons, but Barrett and Branson are already seasoned. Miller enters his third year as a starter, while Bragg is fresh off a campaign that saw him earn Second Team Freshman All-American honors.

Reserve guard Jake Hornibrook has six career starts and has played a lot of football for the Cardinal. His fellow second stringers have not seen action yet, but were highly regarded by ratings services.

This unit should make life much easier for the ultimate signal caller, and provide for one of the more lethal rushing attacks in the conference.