Where Will Ziaire Williams Go in the Draft? 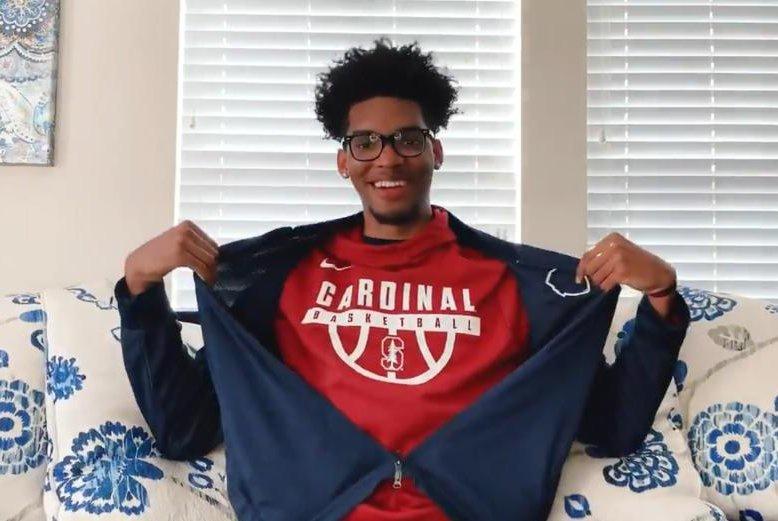 
The NBA draft this year falls on Thursday, July 29th, over a month after it is usually held. The NCAA was on its normal schedule, though, allowing this year's prospects to spend more time preparing for the draft and working out with teams. At long last, draft night is here, and Ziaire Williams will hear his name called.

What did you think of Ziaire’s time at Stanford?

You could see the potential from game one. Maybe I got too hyped from the Maui Invitational, and forgot he was just a freshman. Regardless, he showed he could do basically anything he wanted on a basketball court. He just couldn’t do it consistently. But some of my favorite moments include his triple double against Washington (first since Brook Lopez) and helping end the streak against Arizona. Did he meet your expectations?

In some ways he did, but obviously, he didn’t really get a chance to play better. He had to deal with injuries, family tragedies, and a season where Stanford had to be away from home for most of the season. I can’t imagine another freshman who had as hard of a time for non-basketball reasons.

Nonetheless, he showed promise with his defensive versatility, and his ability to pass the ball, but his inability to finish strong at the rim and a loose handle soured his performances. I wished Ziaire got a fair chance, because I really believed the Cardinal would have made the NCAA Tournament, and they would have made some real noise.

After watching the rest of the Pac-12, I think you're right.

What is his potential?

The hope is he can be a guy to get his own shot and serve as a rangy perimeter scorer. He has some defensive versatility, too. He’s far from a finished product, but it wouldn’t be crazy to see him scoring 15+ points a game some day. Tell me I’m not crazy.

You aren’t crazy, I think, unless I am, too. His draft profile reads almost like Paul George’s did in 2010. Tall, athletic, very skinny wing? Check. Can pass the ball? Check. Can defend multiple positions, Check, Mainly shoots tough jumpers to get his points? Check.

Although George was a better shooter coming out of college, I believe in Ziaire’s shot even though he shot 29.1 percent from three, but that was on a low sample size (79 attempts). I don’t believe Ziaire will get to Paul George’s level, since it requires getting stronger and more skilled around the rim. But I think a player of Aaron Gordon’s caliber is not out of the reach for him. Also, I believed he would look better with the NBA rules and spacing than the college game.

If I’m a contender looking to add a piece for this season, I think I’d look elsewhere. I see him as a bit of a project, but one with a lot of upside. There are only so many guys in the draft that have the chance to be one of a team's top few options someday. Ziaire is one of those. Really any team that can afford to be patient and swing for the fences should give him a long look. Who do you think fits that bill?

Ziaire is a weird project, because he’s not necessarily raw like Jonathan Kuminga, since Ziaire has a ton of skills. He needs to get stronger and develop an elite skill like shooting or ball handling. Nonetheless, you are right about the contenders being wary of the Stanford product because they don’t have the patience to develop him.

He could fit anywhere, given his size, playmaking and defensive abilities, but the best fits will give him time to grow.

Oklahoma City could be a good place for him because Shai Gilgeous Alexander can handle most of the scoring and playmaking roles while Ziaire can play a more passive role to develop confidence. Additionally, he would find lots of playing time since the Thunder aren’t in contending mode just yet.

Similarly, Atlanta could be a good fit with Trae Young running the show, but he would be behind a bevy of wings. However, the Hawks have a sticky situation where they have to extend a few wings that are on rookie contracts. If they don’t pay, Ziaire can swoop in for more playing time.

Where do you think Ziaire gets picked?

He was one of just twenty players invited to the Green Room, and the teams are the ones that choose. I think he gets picked by Oklahoma City at 16 or 18. They’re a team with a longer horizon, and they just gave big minutes to someone less polished than Ziaire (Poku). There are some rumblings he can go in the lottery, though, and it really only takes one team to fall in love with him.

I already talked about the Thunder, so I agree with Grant here. A more interesting situation is Golden State at 14. Ziaire played most of his games in the Santa Cruz Warriors arena, so he would feel right at home when he’s playing in the G League this season. I am not sure if the Warriors will pick him, but I think there is a strong chance they trade it and someone picks Ziaire at that spot. I’m sure a team could talk themselves into trading up for him.

At the very worst case, I don’t believe he falls past the Lakers at 23, given his connection to LeBron, but who knows? The draft is dumb.

There's one more Stanford prospect in this draft, and that's two time First Team All-Pac-12 Oscar da Silva. While I don't think anyone ultimately uses one of the 60 picks on him, I expect him to be snatched up in the coming days and make an appearance at Summer League in August. Oscar does so many things well on the basketball court, and if he has a strong showing in Las Vegas, he could potentially merit a longer look from a team. I wouldn't bet against him.