Big 12 Fallout Roundtable: What's next for the Pac-12?

Our Staff Writers Predict how Conference Realignment may affect the PAC 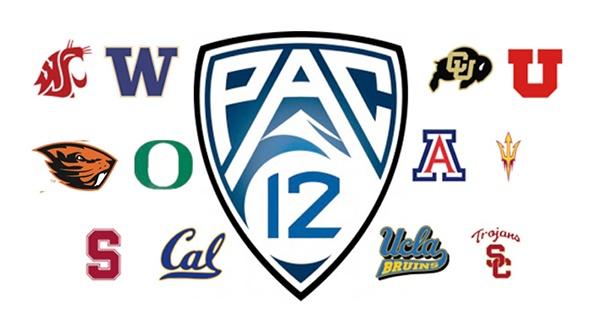 
The latest news around college athletics is that conference realignment is back on the table. Oklahoma and Texas are reportedly close to ditching the Big 12 to join the SEC. After all, it just means more.

This provides an opportunity for the Pac-12 to once again seek eastward expansion. Those of us at Channel Tree have our own ideas about how this should go down.

I know nobody reads my stuff so I’m gonna go out on a limb and say all the stupid nonsense I want - REHIRE LARRY SCOTT AND EMBRACE THE MEDIOCRITY.

Super conferences are great. You get more eyeballs, respect, and money. But don’t you miss the old days of the Pac-10? Don’t you yearn for the football round robin and the basketball double round robin? Rather than expansion, why not consider contraction? Nothing against Utah or Colorado, but none of the attempts at manufacturing rivalries with them have worked. Send them to the Big 12.

If we were to instead expand with the Big 12 leftovers, the main school I’d want is Kansas. They check the academic boxes (AAU/R1). They bring in a major market in Kansas City, which also has the best bbq in the country. Their basketball program is in the top five in America (and they already packed Maples once). Bill Self’s well-compensated players can elevate our conference. Their football program can elevate our conference, too, by giving us all a free win.

Before I begin, I must give my condolences to tonight’s biggest losers: Texas A&M. Aggie Nation probably collectively shook their class-ring-adorned fists in anger from the news, and I find it funny.

For basketball, many of us would want Kansas but the rumor is that they are heading to the B1G to somehow lose every game in Mackey Arena. It ain’t Kansas or Texas or Oklahoma anymore.

Instead of expanding the Pac-12 with the Big 12 rejects, I posit that Stanford should play half its conference games in football and basketball in the B1G. Break down the scheduling barriers! After all, Stanford football is a B1G team in everything but conference. Whenever each team watches the other, it's like watching lovers in a reverie -- separated by conference boundaries. : (

Ahhh, another decade, another Big 12 explosion! I could type out why I don’t see Baylor or TCU joining the Pac-14 as its first religious member schools, but I know what you really want is to know what Big 12 mascots are best suited for the grand merger. As a former Tree, I know what I’m talking about.

Most Compatible: Super Frog! That’s right, TCU’s beautiful horned frog would feel right at home in the Pac where abnormal but locally sourced mascots reign supreme. Beavers and Ducks in aquatic forestlands of Oregon. Buffalos in the Colorado heights. Sun Devils in the scorched armpits of the Arizona desert. A unique fauna for Fort Worth is a solid match.

Second Most Compatible: The Jayhawk! It’s a simple explanation: we already have a colorful bird in Utah’s Swoop, and good things come in two (just ask Arizona’s Wilbur and Wilma Wildcat or UCLA’s Joe and Josie Bruin).

There you have it folks! A call to necromance Larry Scott from the dead, a petition to expel Colorado and Utah to plug the holes in the Big 12's sinking ship, a recommendation to do away with harsh conference schedules and allow more inter-conference play, and an abridged-by-the-editors mascot matriculation rundown.

Are your thoughts as convoluted and inventive? Tell us below in the comments. Until then, let's enjoy what could be the last months of what newly crowned Pac-12 Commissioner George Kliavkoff calls “an exclusive club with a high barrier to entry” as we know it.

On a more serious note, if we have to expand, I'd love to add TCU and Baylor for their competitive football and basketball programs, plus BYU and Colorado State. That way Utah and Colorado get in state rivals, we scoop up quality athletics departments in the Texas schools, and we secure the Dallas/Fort Worth/Waco market. Research standards and non-religious affiliations would go to the wayside in this arrangement, however.