Heartbreak in Omaha: Stanford Falls to Vanderbilt Rally in the 9th

A Brutal Battle of the Robber Barons 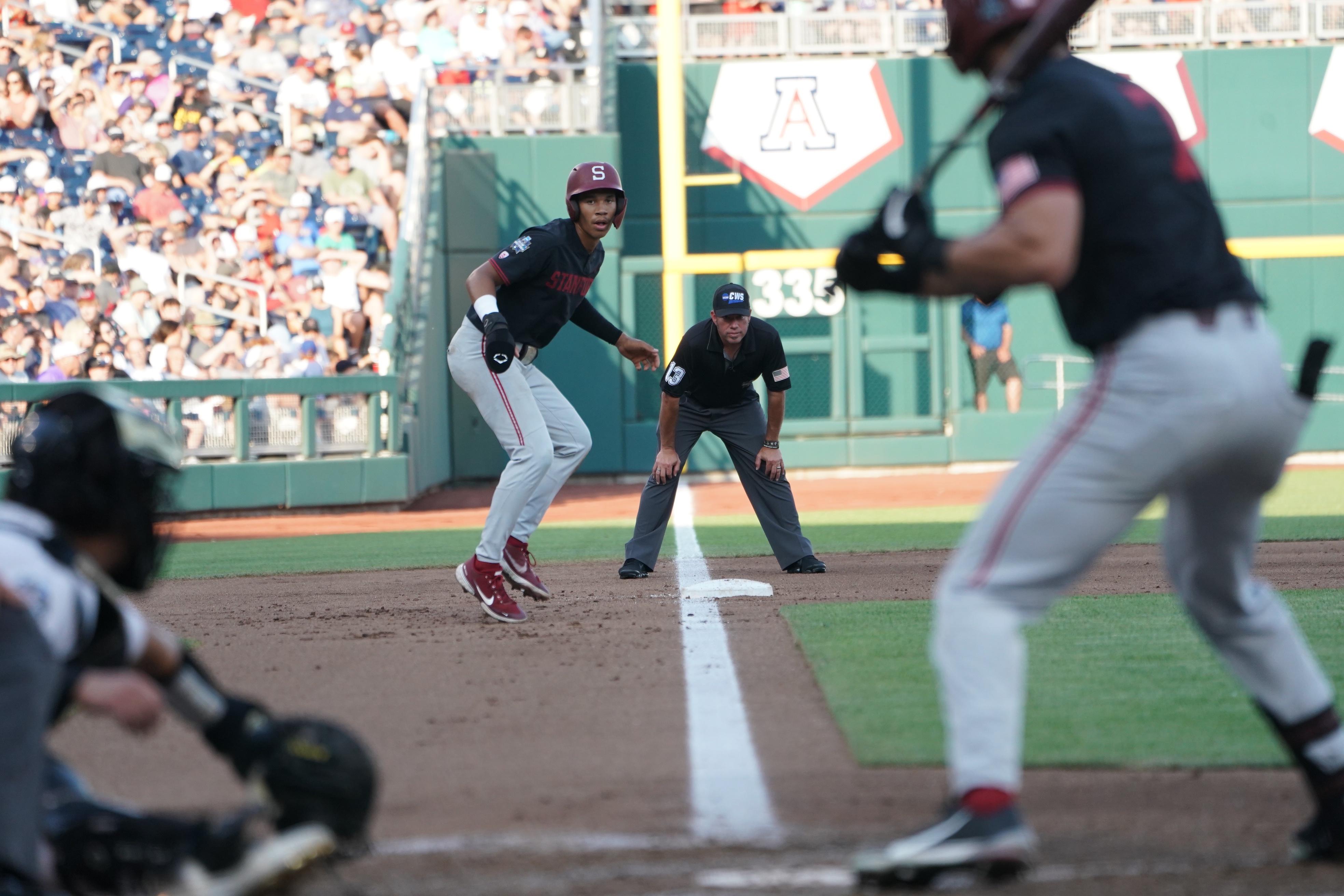 
After falling to NC State in the College World Series opener, Stanford fans knew their chances of making the CWS Final were slim. The Card needed four consecutive wins to beat the odds and come out on top of their side of the double elimination bracket. But bats were booming against Arizona, and a 14-5 obliteration of the best offense in college baseball gave Stanford fans a familiar shot of optimism.

Even mighty Vanderbilt, the 2019 champs with an impressive traveling fanbase, seemed vulnerable--it was a bullpen day after all, as both teams had exhausted their pairs of ace pitchers in the previous two matchups. At the top of the 4th, we were all riding that optimism. Behind the arm of Quinn Mathews, Vanderbilt had 2 hits for 0 runs. Behind the bats of Brock Jones, Tim Tawa, and Nick Brueser, the Card had 4 hits for 4 runs.

Despite a strong showing early, Stanford was never quite able to break away. By the bottom of the 7th, Stanford held a tight 5-4 lead prompting Coach Esquer to make good on his promise of "kitchen sinking it" against Vandy by sending Brendan Beck out to the mound to close out the game. Beck relieved Jacob Palisch who looked pretty good in his short stint with 12 strikes in 17 pitches.

Beck closed out the 7th and shut down Vandy in order in the 8th. Vandy followed suit at the top of the 9th, and so the Battle of the Robber Barons came down to the last frame.

With two outs, two strikes, and no runners on base, the Cardinal--just one strike or pop out away from a rematch against NC State--began to unravel.

Brace yourselves, it's a devastating sequence.

Beck walked a batter, putting a Commodore on first. Then a pinch hit fielded by shortstop Adam Crampton was wildly overthrown to first base. Vandy's batter was safe on first and the error allowed their other baserunner to reach third. Next batter up singled and Vanderbilt tied the game.

A wild pitch by Beck was the nail in the coffin: Vandy stole home and won it in the 9th.

Stanford's Beck was credited with the loss, dropping to 9-3 on the season, ending the game with 5 Ks on 40 pitches, allowing 2 hits and 2 runs.

Once the wounds scar over, we should unearth some pride for the first season in over a decade that ended in Omaha. With Coach Esquer at the helm, Cardinal faithful should feel comfortable knowing we'll be back in the CWS very soon, ready to avenge the Cardiac Commodore Catastrophe that happened last night. Many good years ahead. Let's play ball.

Did you also suffer baseball-stress-induced minor heart arrhythmia during the game? Are you similarly baffled by the abject cruelty of the Baseball Gods? Tell us below in the comments so we can commiserate as Cardinal together.

I thought I was prepared for any level of pain that could come my way as a Stanford baseball fan. I was wrong. It may or may not have been my fault for washing my socks after the Arizona game