Cardinal Survive and Advance Against Arizona 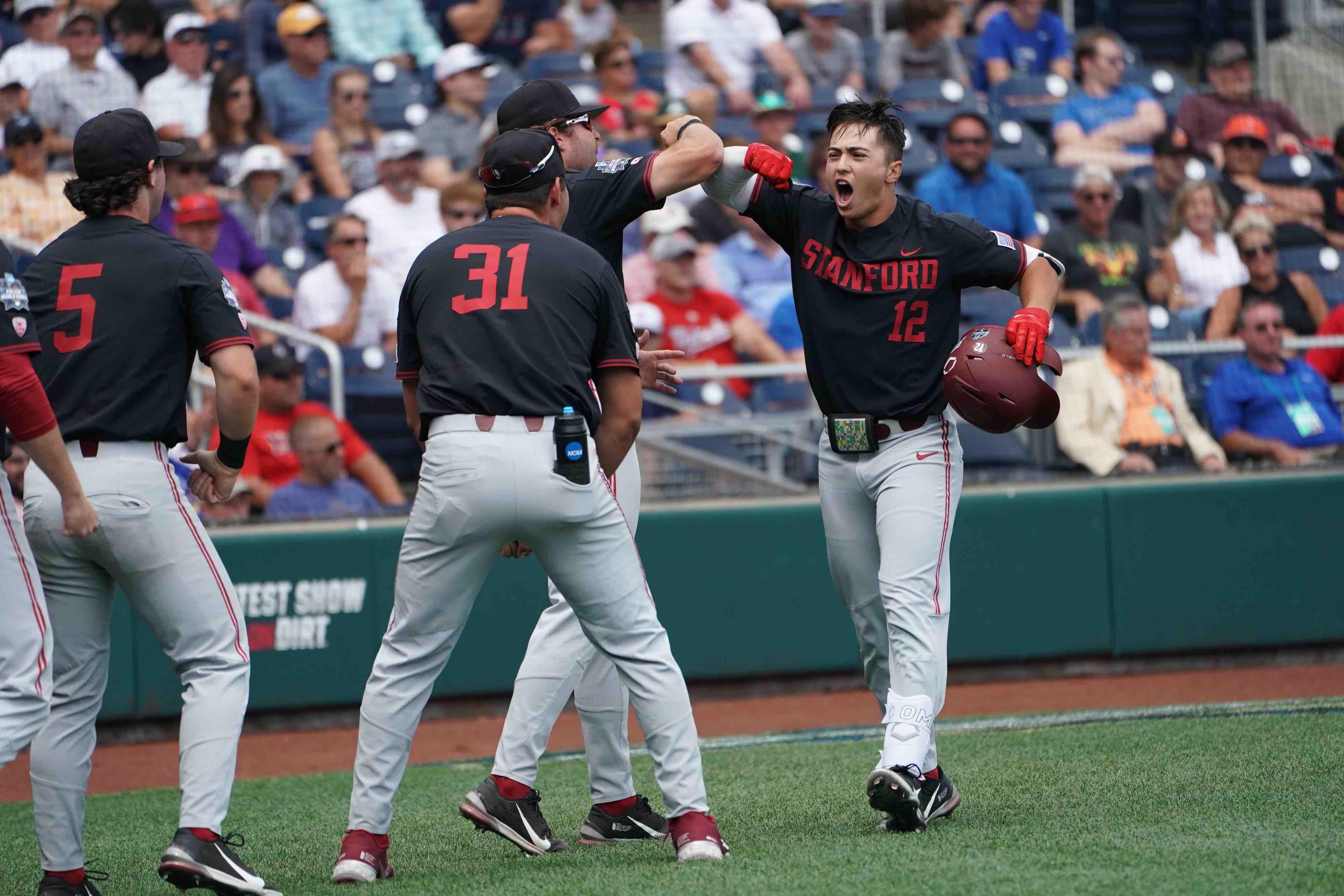 
If you tuned into Stanford’s Opening Game matchup against the North Carolina State Wolfpack, you may have wondered what happened to the Stanford team that took apart Texas Tech in the Lubbock Super Regional without breaking a sweat. Never fear, as Stanford regained their bats and showed what makes them a College World Series contender, defeating #5 Arizona 14 – 5.

Hitting the ball hard against Arizona starter Garrett Irvin from the first pitch of the game, the Card demonstrated their bats were alive and well. The Cardinal bats eventually chased Irvin off the mound in the 3rd inning after giving up 5 runs on 7 hits. The Cardinal were not done in the 3rd, eventually putting up a 7-spot, and never looking back.

The Wildcats, known all year for their powerful bats, crawled back through the game, trimming the Stanford lead to 10-5 in the 6th, and chasing Alex Williams. Williams pitched another masterful game (though not the gem we have come to expect this tournament), throwing 5 1/3 innings and surrendering 4 runs on 4 hits, with 3 walks and 4 strikeouts.

Not looking for a dramatic comeback in the first elimination game, Stanford did not allow the game to get any closer, putting up another 4 runs in the top the 7th on the back of a 3 run home run by Brock Jones, making the game 14-5, a score that would eventually become final.

Brock spoke after the game about the different approach the second game brought, saying that, “I think Saturday we were kind of uptight a little bit. A little nervous… a little star struck as well. Being in this atmosphere, it’s totally different than we are used to.”

Arizona becomes the first team to be eliminated in the 2021 College World Series, a disappointing finish for a team which at times seemed unstoppable with a stacked batting lineup (with 8 of 9 starters above a .295 average) from top to bottom. The Wildcats' departure makes the Cardinal the lone remaining PAC-12 team.

The Cardinal move on to their second of four must-win games if the Cardinal hope to advance to the Championship Series. They will play the loser of the Vanderbilt-NC State game (playing tonight) on Wednesday at 4:00pm PT. If they win, they will need to beat the winner of the aforementioned game twice in a row, if they hope to advance to a best-of-three championship.

Looking ahead, the Wednesday game is likely to be a bullpen game. The Cardinal were able to avoid using Zach Grech in today’s game after calling on him Saturday, and it is possible the lefty submarine pitcher will get the nod. After that, all bets will be off as the Cardinal look to get the ball back to Beck. As David Esquer stated in postgame, the intent is to “kitchen sink it, throw everything at them..." adding "...we'll do whatever it takes. There's nothing to save it for."

Here's hoping the Stanford bats stay hot and can keep the dream going in Omaha.