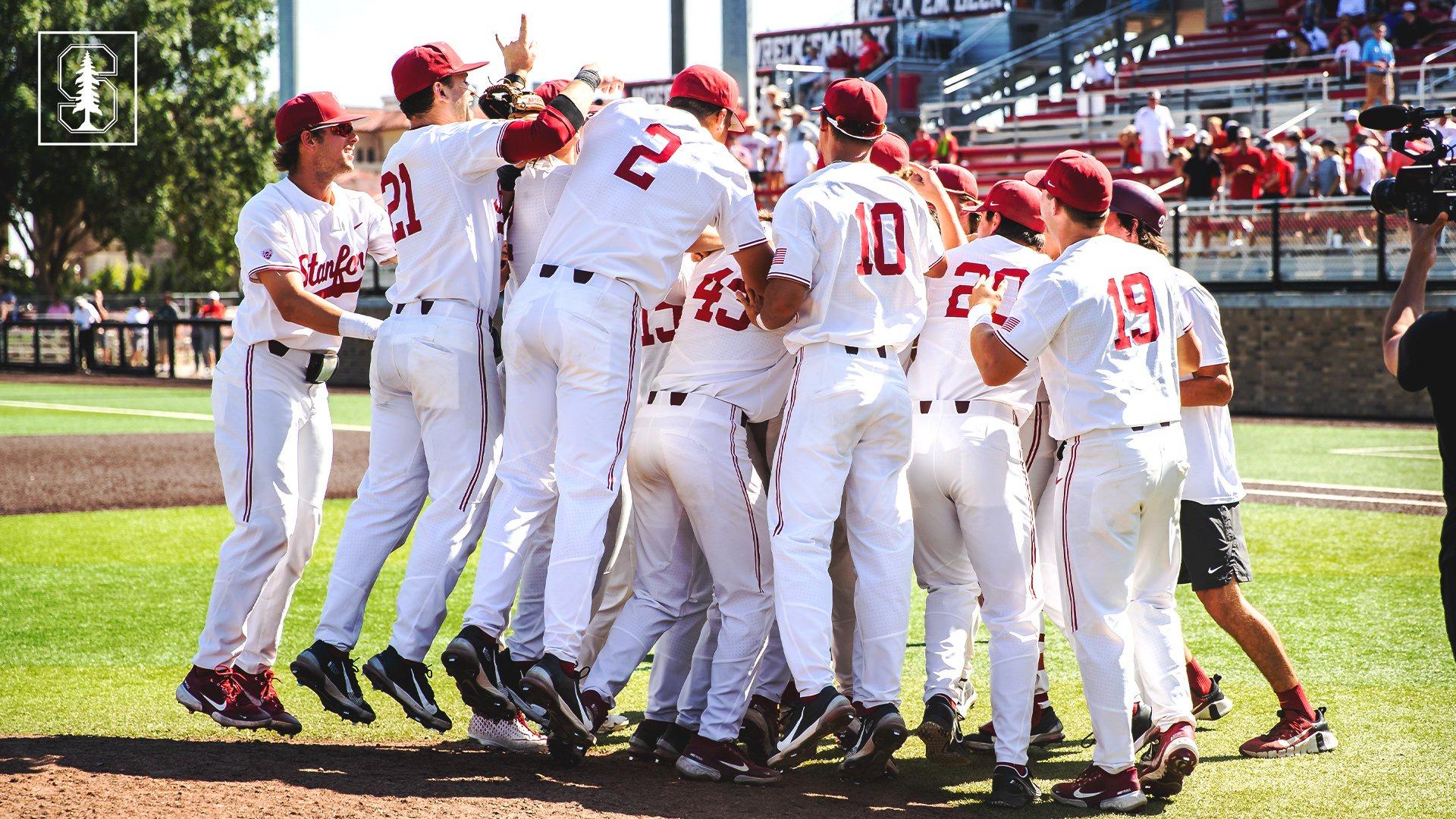 
As COVID ravaged the world and shut down all athletics in March 2020, the Cardinal baseball team was in a state of uncertainty. Sitting at 5-11 and having lost all but one weekend series, the team appeared to be in a rebuilding mode, still a few steps away from a return to the promised land. A year and some months later, the picture has changed dramatically, as a Cardinal baseball team led by Clarke and Elizabeth Nelson Director of Baseball David Esquer prepares to go to Omaha, Nebraska for the College World Series for the first time since 2008.

As the 2021 postseason commenced, the Cardinal were considered by many to be a threat. After disappointing finishes in both 2018 (a Regional exit to Cal State Fullerton as a #2 National Seed) and 2019 (a Super Regional exit to Mississippi State in which the team struggled to compete), the Cardinal were primed again, hosting their 4th consecutive NCAA regional as a #9 National Seed at 33-14. With that said, few could have anticipated the dominance the Cardinal have exhibited to this point.

In the Stanford Regional, the Cardinal seldom struggled. Stanford coasted by North Dakota State 9-1 in the opening game, before encountering a three-game battle with the UC Irvine Anteaters. After Stanford won the first game 12-4, the Anteaters were able to force a decisive game three with a late rally in game two. In game three, the Cardinal relied on eight pitchers to piece together an 11-8 victory, advancing to the Super Regionals for the second consecutive tournament.

In the Super Regional however, Stanford shocked many national pundits by defeating the #8 Texas Tech Red Raiders with ease in two consecutive games. While many expected the mid-afternoon Texas heat to cause problems for the Cardinal – game-time temperatures of both games were north of 105° – the Cardinal were calm, cool, and collected. In game one, senior Brandon Beck went 7 1/3 innings, throwing a career high 13 strikeouts in way to a 15-3 victory. In game two, junior Alex Williams shined bright, pitching a complete game shutout against the Red Raiders, allowing only two hits. Williams is no stranger to shining bright under pressure, as this is his second postseason complete game shutout in his Stanford career – going the distance as a freshman in 2019 against Sacramento State in the Stanford Regional as well.

Not to be outshined, the Cardinal bats have been loud and proud as well. Infielder/Outfielder Tim Tawa was named Most Outstanding Player of the Stanford Regional, batting a resounding 0.526 through the series with 3 Home Runs and 8 RBIs. Centerfielder Brock Jones followed this performance up with a 3 Home Run, 6 RBI performance in game two of the Lubbock Super Regional to advance the Cardinal to the College World Series.

Looking ahead, as the Cardinal players, personnel, alumni, and fans alike converge from around the world upon TD Ameritrade Park in Omaha, Nebraska, the sky is the limit for this Stanford team. Their first matchup will be on Saturday, June 19th against the red-hot North Carolina State Wolfpack, who are fresh off an upset Super Regional victory in three games against the #1 Arkansas Razorbacks.

Other teams joining the Cardinal in Omaha include the #2 Texas Longhorns, #3 Tennessee Volunteers, defending champion #4 Vanderbilt Commodores, and #5 Arizona Wildcats. Two final spots remain up for grabs, as Dallas Baptist University battles with the University of Virginia and #10 Notre Dame and #7 Mississippi State fight for the other, both games occurring tonight. While the upcoming games are likely to be the most intense and nerve-racking games seen thus far for the Stanford Cardinal, there is little doubt that the team will be poised for the challenge.