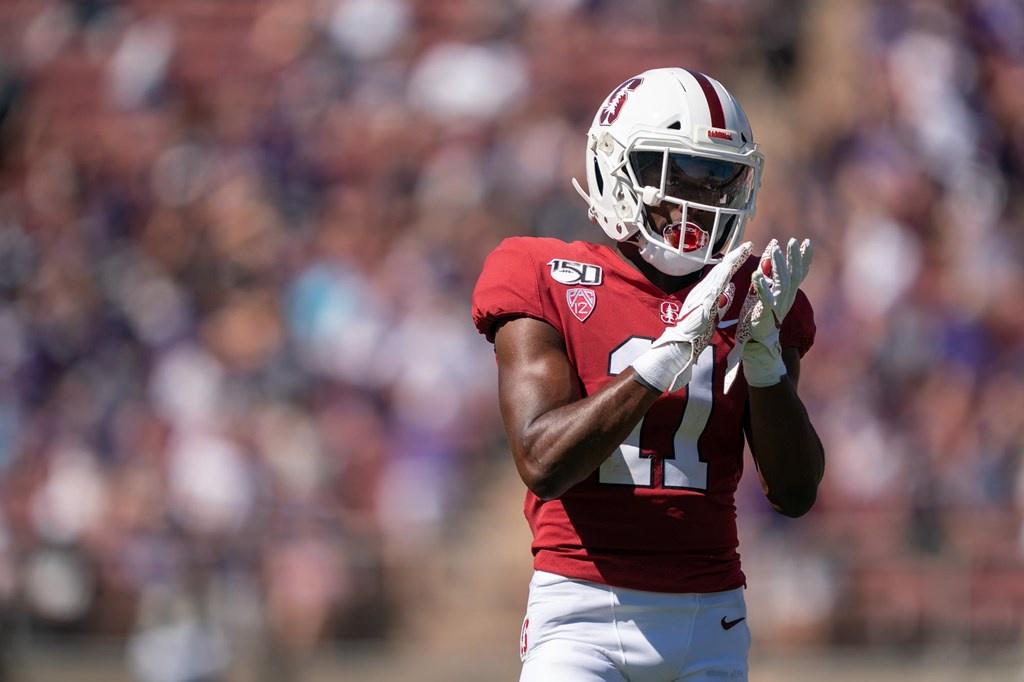 Cornerback Paulson Adebo only played two seasons for the Cardinal, but those two years were special. After redshirting his freshman season, Adebo burst onto the Farm as one of the best corners in the Pac-12 and maybe even the country.

In his sophomore season, he led the nation (the freaking nation!!!) in passes defended with 20 deflections and four interceptions. He made his name known to the West Coast (because no one on the East Coast watches football west of the Rio Grande) with a tremendous game against Oregon.

In this hilariously fun shootout against the Ducks, Stanford needed a stop in overtime to complete an unlikely comeback against Oregon. Ducks quarterback Justin Herbert, who ended the game 26-of-33 for 346 yards and a touchdown, had torched the Cardinal defense all game, but Adebo delivered with two pass deflections in the endzone, including an acrobatic one-handed tip.

Thanks to Adebo’s heroics and an interception by Alameen Murphy, Stanford took the unlikeliest of wins.

He would further cement his terrific debut season with a performance against Cal in The Big Game that even my mom would appreciate. He totaled two tackles and two interceptions, including one of the best one-handed interceptions you will ever see.

When I saw the play, I made a noise so guttural people thought I was choking.

Adebo ended the season with All-Pac-12 first team honors, and his star was brighter than Howie Mandel’s head under a spotlight.

Heading into his junior season, Adebo seemed to be headed for superstardom. But after each game, the cardinal-colored glasses began to come off. Adebo was still very good, but his faults began to show.

He allowed big plays, and he could not turn his head whenever the ball was thrown at him. At 6-foot-1, he’s big enough to reach most balls, but Adebo hurt himself by not turning his head.

This led to some poor performances. Look at his tape against wide receiver Gabe Davis of UCF in Week 3, or don’t -- it hurts to watch. It was a season to forget for the Cardinal all around.

Despite performing worse than his sophomore season, Adebo still managed to be on the All-Pac-12 first team, and he led the Pac-12 in passes defended per game and interceptions per game.

Adebo seemed determined to regrow his NFL stock and help Stanford win the Pac-12, but then COVID-19 happened, and he decided to take the year off to focus on training for the 2021 NFL Draft.

Adebo has a ton of versatility with his size and speed (4.45 40-yard dash), so he could fit a bevy of teams in the NFL. However, he would fit better with teams that will use him in a zone scheme to limit his weakness.

The Seahawks need help at corner after losing Shaquill Griffin to free agency. They got a really good player the last time they drafted a Stanford cornerback.

To say the Cowboys need help is an understatement. They had little depth last season after losing Byron Jones and starting cornerback Chidobe Awuzie left to free agency. If Dallas doesn’t use their 10th overall pick on a corner, then Adebo could be a solid pick in the second or third round.

The Texans need a lot of help, and that’s all I’ll say.

It seems like the Eagles haven’t had a good cornerback since before signing Nnamdi Asomugha in the infamous Dream Team season. I dislike the Eagles, so I hope he doesn’t land there somehow. If only Zach Ertz and JJ Arcega-Whiteside avoided the misfortune of wearing the midnight green.

Projecting Adebo is difficult because of his year-long hiatus from competitive football. If he came out after his redshirt freshman season, then he would have gone in the first round. However, given that the most recent tape any team has of him is more than a year old (tape that shows a few weaknesses), I project Adebo will go sometime in the second or third round. He reminds me of Chidobe Awuzie, a corner from Colorado, who has good size but could never turn his head around to play the ball. If (and a huge emphasis on if) Adebo has solved his inability to turn his head to the ball, then whichever team drafts the Texas product could have one of the best corners in the draft.