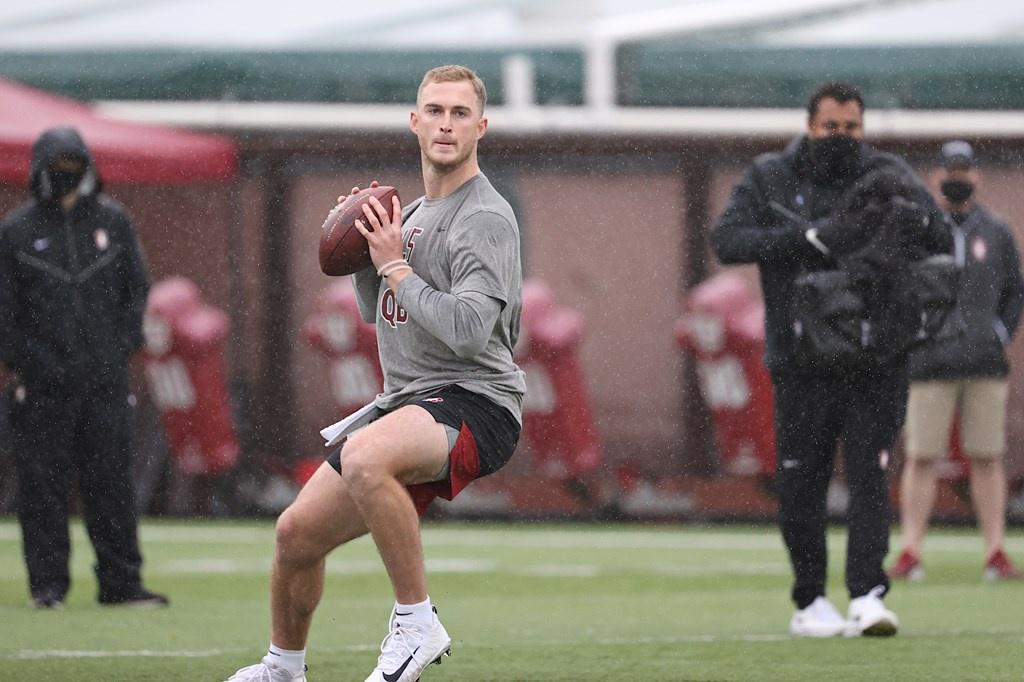 
Draft Day is upon us! After a record-breaking 5 quarterbacks went off the board in the first round last year, this year's draft is shaping up to be much same with Trevor Lawrence, Justin Fields, Zach Wilson, Trey Lance, and Mac Jones rounding out a consensus top five. But can a sixth QB sneak into Round 1?

The kid's a natural. Former teammate Connor Markham shared an anecdote with Channel Tree about Mills' magic from their high school years which illustrates this point:

"We [Greater Atlanta Christian School] were down two scores in the fourth quarter to [regional rival] Wesleyan. Davis saw me kneeling on the sidelines and hustled over. "Get up. I'm about to score.' What did he do on the next play? He immediately dropped a dime for a touchdown. Then, on his next possession he tossed the game winning score with 10 seconds left."

Clearly Mills has confidence and moxie that scream that the game comes easy to him. Mills would later take that same GACS squad to the state championship game at the Georgia Dome, only to leave the match after a cheap shot resulted in an ACL tear.

Besides pumping out Heisman runners-up, Stanford has a history of producing talent at quarterback with 15 QBs taken since 1967, the second highest mark for any program in the country. While Mills wont be going first overall like Cardinal legends Jim Plunkett, John Elway, and Andrew Luck, he could still go first round if scouts are willing to look deeper into a more-than-meets-the-eye college resume.

After sitting behind KJ Costello his freshman and sophomore years, Mills finally got some playing time his junior season when Costello was benched due to injury. I watched his first game in the U$C Coliseum in person. While Mills was ultimately out-dueled by Kedon Slovis in his first start, Mills showed flashes of pop with 237 yards on 22 for 36 passing.

By the close of the season, Mills was balling. At Washington State, Mills broke Stanford's single game passing record with 504 yards despite one of Stanford's worst defensive performances in a decade. He finished the season with 12 touchdowns (including one TD reception) and 1,960 yards, good for a 139.9 passer rating through 8 games.

Just as Mills' high school career involved a brutal blow from fate, so did his college career. The 2020 season left Mills the heir apparent after Costello transferred to Mississippi State to join Mike Leach's air raid team, but unfortunately for Mills, the Pac-12 and COVID conspired to make the year difficult.

The first blow from fate was the Pac-12's decision to only slate a 6 game season. An hour before the team's week 1 matchup against Oregon, the Pac-12 announced that Mills and two other key players were to be held out of the game due to a positive COVID test. So Mills was quarantined and Stanford ultimately lost the game.

Then the day of their week 2 matchup against Colorado, the Pac-12 announced that Mill's positive test had been the result of "testing protocol errors." Thus Mills, despite quarantining all week, was reinserted into the lineup on game day. Stanford lost this game too.

But after last minute COVID related lineup changes ceased to be an issue, Mills began to ball, leading the Card a perfect 4-0 the rest of the season. In his five starts he threw for 1,508 yards and 7 touchdowns for a baffling 144.8 passer rating. The feather in his cap was a miraculous 48-47 win against UCLA at the Rose Bowl to close the season, which included 428 yards passing and 3 TDs, good for a 67% completion rate.

It's easy to see how Mills has flown under the radar nationally with just 11 starts and 13 games across two seasons, riddled with external oddities. Despite this, Mills has shown flashes of brilliance, leadership, and the grit to come from behind needed for an NFL QB and scouts are taking notice.

The 6'4" QB has intrigued NFL scouts with an impressive pro day, particularly with his unofficial 40 yard dash time of 4.58 which is just about what Cam Newton (4.56) and Russel Wilson (4.53) clocked on their pro days.

Mills will likely compete with Florida's Kyle Trask and Texas A&M's Kellen Mond to be the 6th QB off the board. The Denver Broncos and Chicago Bears appear to be good candidates for any of these three as Teddy Bridgewater and Andy Dalton respectively are not long term solutions to their woes.

While holding on hope he goes in the first, we project Mills to go late in the second to the Bears at 52nd overall. If this does happen, Davis Mills will have been the QB for my high school, my alma mater, and my childhood NFL team, so yes there is some eccentric bias at play in this projection.

David Mills did not get the college football career he deserved. He was at the helm for a fan-less, shortened season that saw him quarantined and missing games due to Pac-12 incompetence. With a full season, who knows what Mills' magic could've done for the Card? A Rose Bowl berth definitely feels in the realm of possibility. With the size, vision, and poise under pressure of a pro baller, Mills could be the franchise guy for an unsuspecting city - if he can just be afforded the chance to prove it.