Cardinal Outshoot the Cowgirls, Advance to the Sweet Sixteen 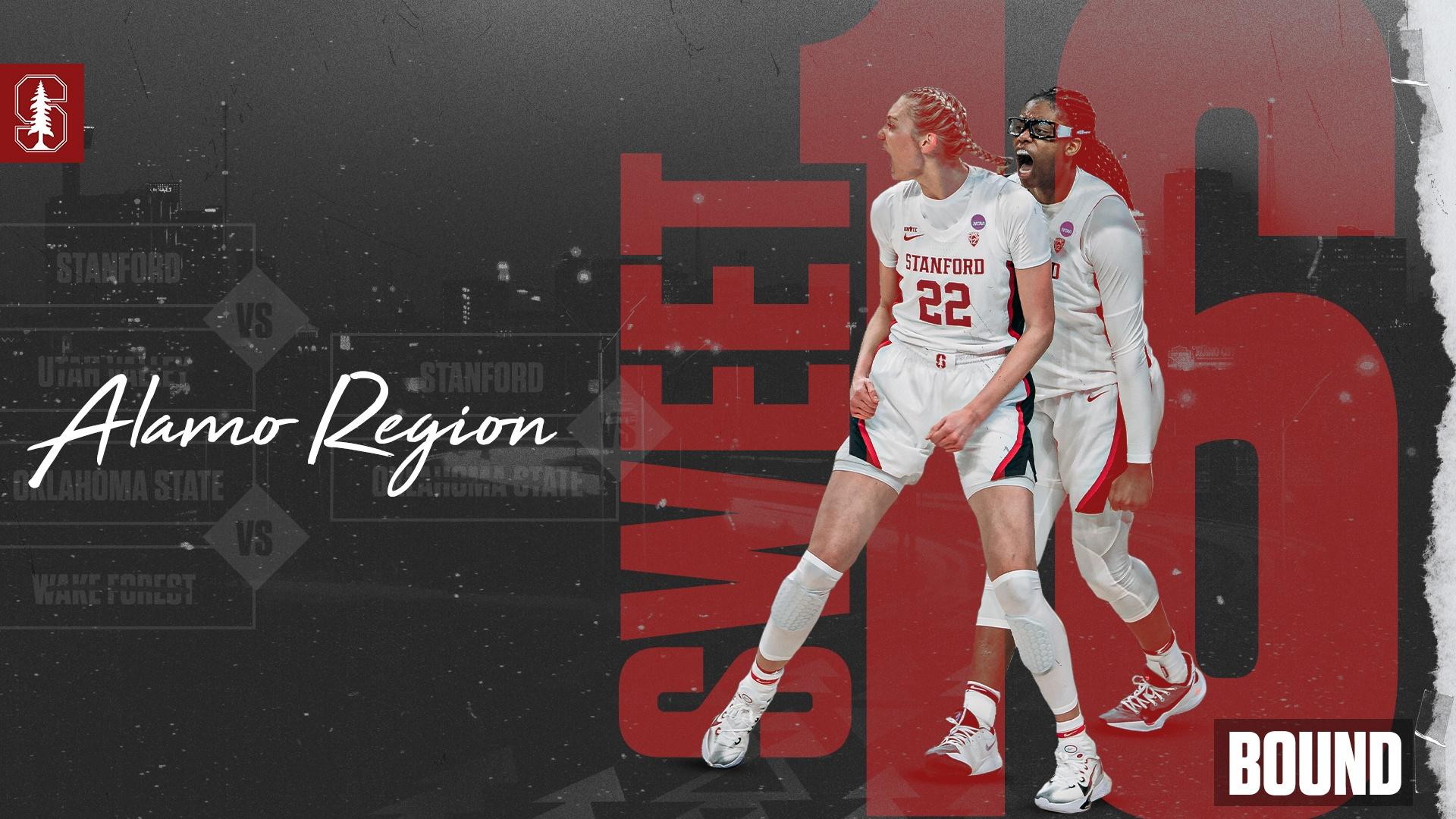 
Stanford is Sweet! But you already knew that.

On Tuesday night, the Card took the court at the UTSA Convocation Center against the Oklahoma State Cowgirls and set the tone early. Fifth year senior guard Anna Wilson sunk a pair of 3s and added a layup contributing to a 10-3 lead within the first three minutes. Despite the hot start, by the end of the quarter, the Cowgirls were back within one.

This was the game in a nutshell: an explosion on offense by the Card amounting in a steep 10-20 point lead, followed by a string of lazy possessions and turnovers that enabled the Cowgirls to get nearly back within reach before the next explosion.

"We're not playing with the fluidity we want. We didn't have flow. We need that," Coach Tara remarked of her team's intermittent dry-spells. With 16 turnovers and 7 missed layups, there is certainly room for improvement.

When the Cardinal was firing on all cylinders, however, they had flashes of brilliance. The squad was 52% from beyond the arc (13-25) thanks in part to an abundance of wide open looks. To lend more credence to the "deepest team in the nation" moniker, those threes came from seven of the nine players that saw action.

Another bright spot was freshman forward Cameron Brink, who had been assigned the difficult task of guarding Oklahoma State's star player (and 3rd Team AP All American) Natasha Mack. Mack, who put up 27 points in her first round bout, was held to just two points in the first half. Sophomore forward Ashten Prechtel tapped in to relieve Brink of "Mack duty" with similar success, holding her to just 13 points and 10 boards at the close.

With their thirteenth consecutive sweet sixteen bid on the line, the stakes were high in this game, but the team had another reason to feel pressure to perform. Tara revealed in the post-game press conference that senior guard Kiana Williams had FIFTY TWO family members in attendance for the game! And not to be outdone, Anna Wilson's brother, Seahawks Quarterback Russell Wilson, was also in attendance, live tweeting joyously:

Ask yourself: would you perform better or worse with 52 family members and an NFL icon in the stands cheering you on? Psychologist Robert Zajonc's famous "stern activation theory" (yes, please allow me to insert some unnecessary psych into this) alleges that the presence of others tends to increase an individual's performance on simple tasks and decrease it on complicated tasks. For the Cardinal, basketball clearly falls into that first category.

Up next is a rematch of the 2019 Sweet Sixteen in Chicago in which the 2 seeded Card knocked off the then 11 seeded Missouri State Lady Bears 55-46 to advance to the Elite Eight. We'll hope for a similar result this Sunday (3/28) at 12pm Pacific on ABC.