Stanford Blasts Utah Valley 87-44, Advances to Round of 32 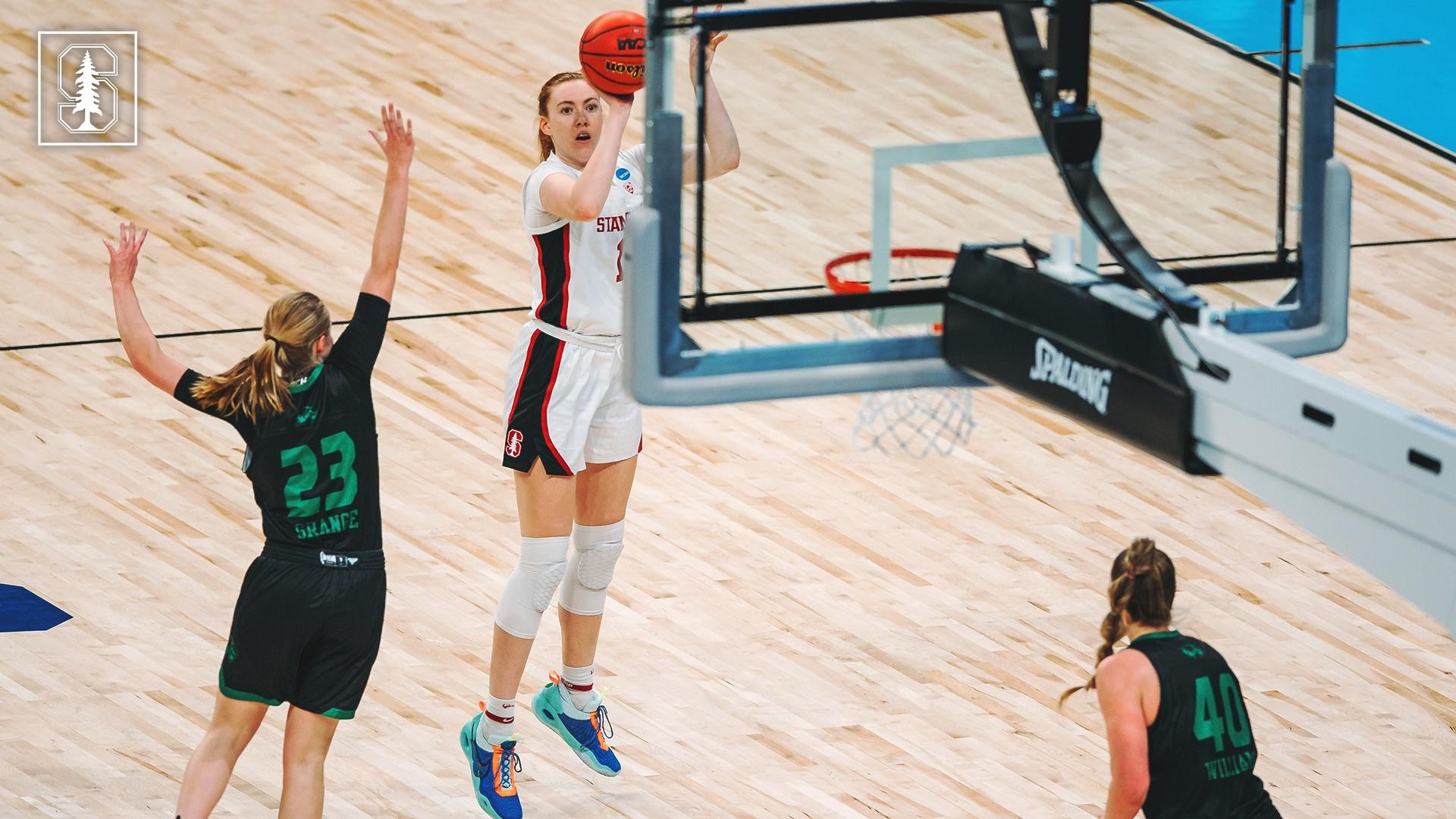 
In a day that saw the higher ranked seed win every contest in the NCAAW basketball tourney, Stanford was no exception. The No. 1 overall seeded Cardinal were hot from start to finish despite the late 9pm CDT start, thrashing the 16 seeded Utah Valley 87-44.

If you have high standards for blowouts and are worried because Stanford didn't hit the 100 point mark (a feat not uncommon for first round juggernauts against low seeded teams), rest assured this game was over rapidly. Let's put it this way: after the first quarter the Card had 7 threes and Utah Valley had 9 points. By half Stanford was jogging to the locker room with a commanding 53-20 lead.

Truly a team effort, eight players got double digit minutes and four players added double digit point totals. Fran Belibi and Ashten Prechtel each recorded 3 blocks, which both highlights how smothering this Cardinal defense is and how fun this team is to watch. One of Fran's ball smacks had me and the bench wildin.

One story of the night was three point shooting. Stanford was 10 of 14 out the gate (that's 71% if you don't want to break out the calculator), finishing with a much more human 15 of 33 (45%), one shy of their team record for 3s made in a game. In most cases, these triples were effortless, the ball swung out behind the arc for a practice-caliber open look. You can't ask for more in terms of shot selection.

Speaking of threes, senior guard and San Antonio native Kiana Williams was 6-11 (and 7-12 from the field) from downtown on the night, making her Stanford's all time leader in three pointers made, a program record previously held by Candice Wiggins ('08). The former Stanford superstar was supportive of her heir apparent:

And speaking of breaking records, Coach Tara "T-Dawg" VanDerveer continues to add to her NCAAW-best career win total at 1,120. UConn's Geno Auriemma is only four wins back from taking the record, just in case you wanted more reason to despise the Huskies and hope for a deep tournament run.

Despite the milestones and a valid frustration with the NCAA's handling of the women's tournament, Coach Tara doubled down on the team's one game at a time philosophy. When asked whether she needed to remind the squad that 15 and 16 seeds can wreak havoc (see: NCAA Men's Basketball Tournament), Tara responded, "Our kids got into Stanford. They didn't need me to tell them that."

This is the right philosophy as Stanford's next matchup is with 8 seed Oklahoma State led by 3rd Team All American Natasha Mack. Mack was impressive in her first round game, tallying 27 points (on 13 of 22 shooting), 15 rebounds, 4 assists, and 4 steals. Fortunately the Card have a 3rd Team All American of their own in Kiana Williams, who emphasized after the game, "There's a one seed by our name for a reason."