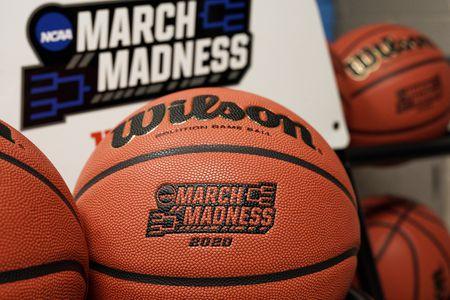 
Stanford is fresh off a dominating victory over Washington and in action again this afternoon from Pullman. Today's game will more than likely count as a Quadrant 2 contest, so it is a major resume building opportunity. Washington State's leading scorer, Isaac Bonton, is questionable.

In the four games this year that the Cardinal have had a complete roster (Alabama, Arizona, Utah, Washington), they have had the adjusted net rating of a top ten team. Their defense has been the best in the country over those four games. Hopefully they can keep that level of play rolling.

Most bracketologists for now have Stanford on the right side of the bubble, but just like last year, it is painfully close. Joe Lunardi has them as the very last team in his field. Selection Sunday is now only 22 days away, so it is definitely not too early to start bubble watching.

In the early game today, Michigan State knocked off Indiana. While Stanford does have a loss to the Hoosiers, that game is a significant blow to IU's resume, and brings them back towards the bubble precipice.

If you are like me and watch a lot of college basketball, this should be of great use! Unlike in past days, I am ignoring the less significant televised games, because the schedule is simply too jam-packed. Stanford fans should root for the underlined teams. All times are Pacific. As always, it is safe to cheer against Cal.

Connecticut at Villanova (10 AM, FOX)

Explanation: Lunardi has UCONN as the first team out in his bracketology, and says they can move into the field with a win. This counts as a Q1 game for the Huskies, so Stanford fans should definitely be rooting for Villanova to hold serve.

Explanation: Syracuse has slim at-large hopes at the moment. Perhaps Notre Dame does as well, but theirs are still slimmer. A loss today for Syracuse just might burst their bubble. Former Stanford guard Cormac Ryan starts for Notre Dame.

Explanation: VCU is looking like a tournament team, but they are not quite yet a lock. This would count as a Quad 3 loss for the Rams, and might bring them back down into bubble talks.

Explanation: Minnesota is just two spots ahead of Stanford in Joe Lunardi's bracket. A home win over Illinois would greatly help their cause. While a loss will not exactly hurt the Golden Gophers, the missed opportunity would loom large.

Explanation: This score projection is going to underrate Stanford due to their recent health. I fully expect them to cover that. This game doesn't need any more explanation, so have a Bryce Wills dunk instead.

Explanation: Richmond is currently in Lunardi's Next Four Out, meaning their margin for error is small. This counts as a Q3 game for the Spiders, so it is one they cannot afford to lose.

Explanation: Seton Hall currently looks like a tournament team, but they are certainly not yet a lock. This road game counts as a Quad 2 game, and it is one the Cardinal would rather they lose. Perhaps they could fall back to the bubble some.

Explanation: After Stanford's Santa Cruz games were reclassified as neutral, the Arizona win there was briefly Quad 1. But the Wildcats have since dropped to a NET ranking of 54. If they win today, they will likely leap back into the top 50 and give the Cardinal an additional Quad 1 victory once again.

Explanation: Yes, the Cardinal played UNC earlier this year, but the Tar Heels have since become a bubble team in their own right. They are only a handful of spots from falling out of the field, so it is better for Stanford if Louisville gets the win here.

Explanation: Ole Miss is still on the bubble, albeit currently a few spots out. Mississippi State has long since seen their bubble burst. This one is obvious for Stanford fans.

Explanation: The Johnnies are creeping up on the tournament field, and are but a few spots out at the moment. A home loss to DePaul would count as a Quad 4, though, and be devastating to their resume.

Explanation: As bad as Duke has been this year, their tournament hopes are not kaput just yet. They probably need to win this one to stay in the periphery of the conversation though, so it helps Stanford a bit to see Virginia get this win.