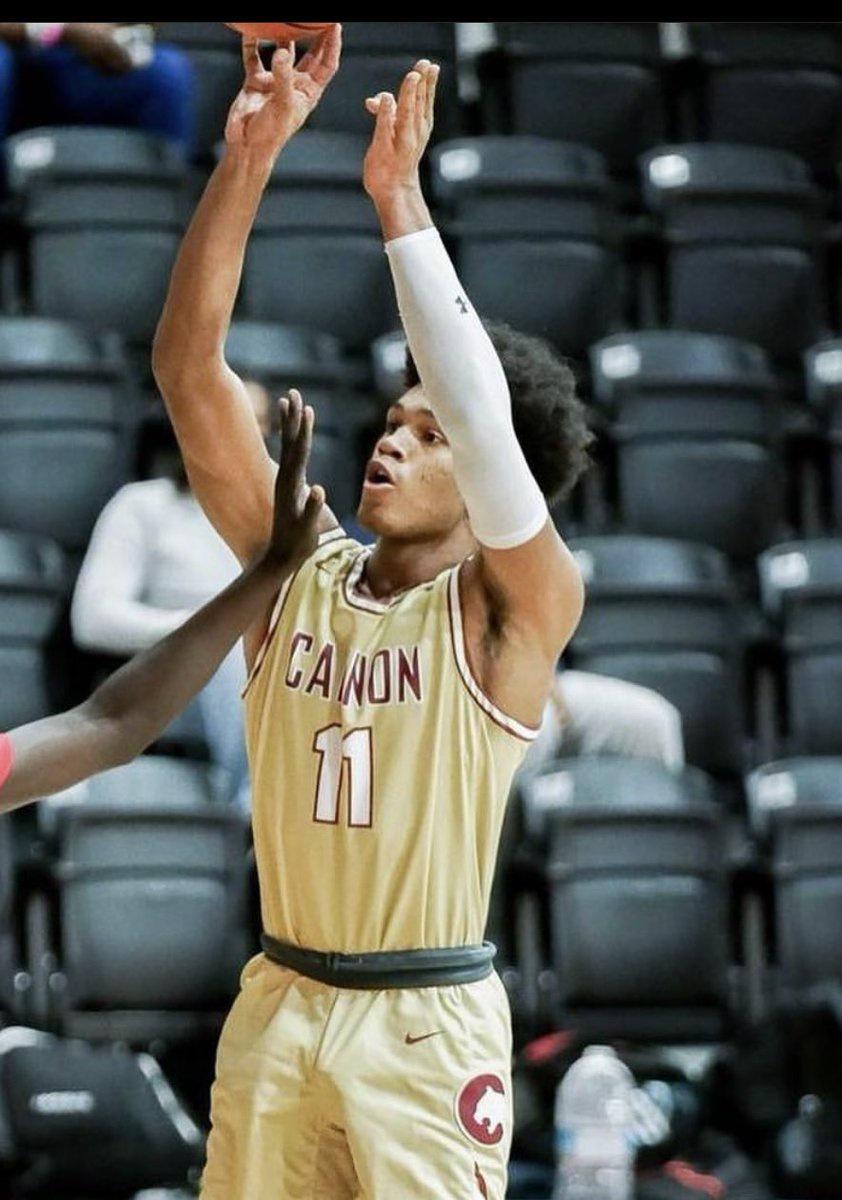 
On Friday, Jarvis Moss announced via twitter his commitment to Stanford men's basketball.

Much talk has been about the gaudy rankings of recent Stanford recruits (Ziaire Williams, and fellow '21s Isa Silva and Harrison Ingram), and Moss does not have that. But believe me, he will be an instant contributor.

I have watched multiple full games of his on YouTube in anticipation of this commitment. The 6'4" guard is one of the best shooters in North Carolina, and possibly the country. Think of what we have seen from Spencer Jones's offensive game in year two. The added ability to shoot off the dribble, to pull up in the mid-range, pump fake and take it to the rack, or even create a bit for others. All those things that Spencer has added this year are things that Jarvis can already do.

As a junior Jarvis shot 47% from behind the arc on roughly 7 attempts per game. That is insane. He was playing a more complementary role at that point, as his Cannon School is one of the top prep programs in the state and featured other D1 talents.

This season he has stepped into a larger role and has thrived. In the games I watched, he was so much more than a shooter. He flourishes as a secondary creator, makes smart plays, and lets the game come to him. He can score 30 points without forcing the issue. Two days ago he made seven 3-pointers and two dunks, while also tallying five rebounds and six assists.

Perhaps most importantly, he plays hard and intelligently on defense. If you do not play defense, you do not play for Jerod Haase. Moss will play. While he is not an elite athlete, he is certainly a Pac-12 level athlete, and his body will fill out more on The Farm.

I expect him to contend immediately for minutes off the bench. Jerod Haase is not shy about giving freshmen opportunities, and Jarvis already has at least one Pac-12 skill. He will play kind of that combo guard or wing role offensively. He is a capable pick and roll ball handler, and I foresee his role off the bench resembling that of Noah Taitz (before he was asked to play point) or Ziaire Williams. Both are strong secondary creators, and shooters with a green light. Of course, I would not be surprised to see them run some sets specifically to free him up like they do with Spencer Jones.

Projecting next year's roster is tricky. Technically, Daejon Davis and Oscar da Silva could come back for fifth years thanks to the exemption on this season. We could even see Ziaire Williams. Conventional wisdom says all three are gone, but you never know. I will proceed as if they all indeed are departing.

In that case, this brings Stanford to the maximum of thirteen scholarship players for next year. There are still ways that Stanford can add more players, though. For one, there could be unexpected departures. And the other wild card here is James Keefe. He originally had a deal with the program to walk on for a couple of years and then receive a scholarship after that. Unexpected roster turnover saw him as a scholarship player right away. I am not sure if him giving up his scholarship would still be on the table, but it seems possible. Regardless, this is a deep roster.

Moss joins a backcourt made up of Bryce Wills, Michael O'Connell, Noah Taitz, Sam Beskind, and fellow '21 commit Isa Silva. That figures to be a solid group, but there is room for Moss to see action. Haase's team is somewhat positionless, but he will be vying for minutes at the 2 and 3.

Jarvis Moss is another exciting late signing for this staff. The last three such instances have been Daejon Davis, Spencer Jones, and Michael O'Connell. That is a great track record.

Jarvis will bring shooting from day one, and I fully expect him to grow into a well-rounded player for Stanford before long. Cardinal fans will love him.