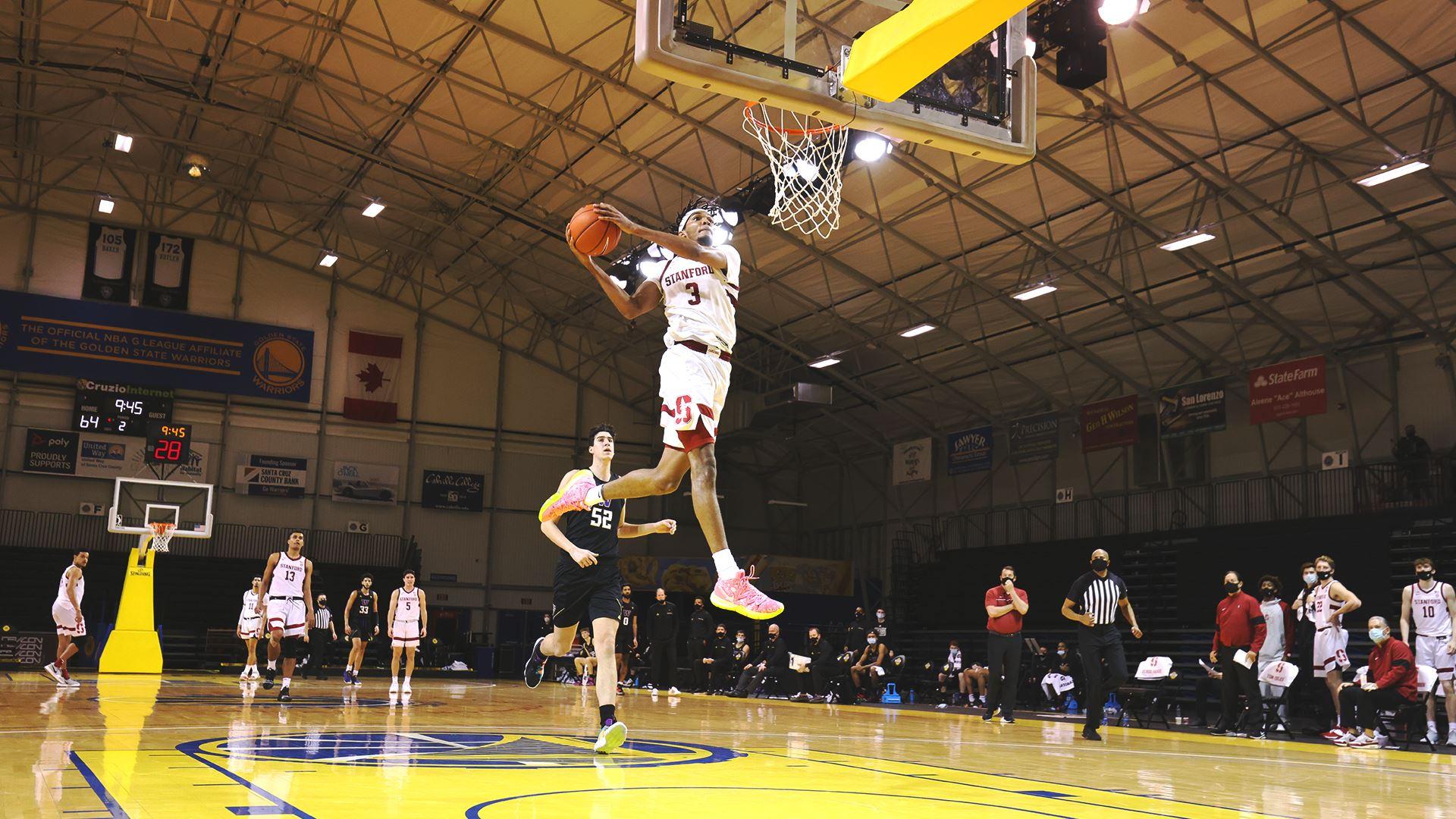 Ziaire’s tenth assist came in the final minutes, putting the finishing touches on a triple double. He finished the game with 12 points, 10 assists, and 12 rebounds, as well as 2 blocks and 2 steals. It was just the second triple-double in school history, after Brook Lopez got one with points, rebounds and blocks in 2007.

“I joked earlier to the team that it was almost the first quadruple double in Stanford history with the turnovers,” coach Jerod Haase said. Williams racked up 7 turnovers, which kept him from resting on the laurels of his performance.

“I don’t think I’ve reached my full potential,” Williams said. “I still feel like I have three, four, even five more levels I can get to.”

Stanford was without its starting backcourt in Bryce Wills and Daejon Davis. That did not slow them down early on, as they jumped out to a quick 10-0 lead. It took Washington nearly 15 minutes before they made their third field goal. The first two Husky makes were a partially blocked layup and a three point prayer off the glass. The Stanford defense was locked in.

In one sequence, Washington turned a steal into what appeared to be a breakaway layup. But Spencer Jones did not give up on the play and completed a chase down block. The Huskies recovered and had another seemingly open layup, when James Keefe came out of nowhere for a second straight rejection. No play better exemplifies this team’s desire to compete than that one.

Stanford took a 38-21 advantage at the break. The last offensive set before the buzzer was one of my favorites I have seen out of Jerod Haase. There were 13 seconds remaining and Stanford had a sideline out of bounds after the timeout. They inbounded the ball, dribbling out a few seconds before isolating Ziaire on the wing. Haase often looks to him in late-clock situations due to his shot-making abilities. But in this case, Michael O’Connell set a screen for Spencer Jones on the weak side, who flared to the top of the key. His defender, expecting the Williams iso, was slow to react, and the deadeye Jones made the triple before the horn.

Washington looked like a different team offensively in the second half, and they were able to chip away and get it as close as 11. Point guard Quade Green was starting to percolate, so Haase gave Williams the assignment. The game immediately swung back towards Stanford.

“Defensively he is getting better and better, and he’s really enjoying competing on [that] end,” Haase said. “His length, quickness, and knowledge all showed through.”

It is a luxury that, down their best two defenders, Stanford can look to Williams to lock down an elite scoring guard. The discipline of the team defense plays a big factor and gives him more confidence defending on the ball, but he is a special talent in his own right.

“I feel like my length, my presence, my lateral quickness, can cause a lot of guards challenges,” Williams said.

The real capper for him came when he shot the gap on a pick and pop attempt and dribbled into the open court. A member of the coaching staff was yelling at him to do the windmill, and Ziaire had no desire to let him down.

“In college basketball you don’t get many opportunities to showcase your dunks,” Williams laughed. “Two-hand windmill has always been my go-to.” And we all saw why.

This was a tremendous team win for the Cardinal. Playing without their top two guards, they showcased elite defense and finished with an astounding 50 points in the paint offensively. Even short-handed, Haase comfortably played ten players in the first half, including five freshmen. Brandon Angel and Max Murrell played solid minutes off the bench, and they will be ones to watch moving forward.

Jaiden Delaire led the team in scoring with 21, despite being limited to 23 minutes with foul trouble. Spencer Jones tied his career high with 18 including 4 threes, and continues to be a force defensively. Oscar da Silva had his customary 17 and 10, and Michael O’Connell tallied 11 points and 5 assists against 0 turnovers. O’Connell has played excellent minutes at the point guard position since being thrust into the lead role, with 13 assists and no turnovers in the last two games.

“Michael steadies the ship when he’s out there,” Haase said. The impact of his rapid ascension cannot be overstated.

Stanford is in action on Saturday, when they play Washington State in Santa Cruz. They are still unable to play on campus due to Santa Clara County restrictions, but they are making the most of their new digs.

“We’re just grateful to get the chance to play college basketball right now,” Ziaire Williams said. And it shows.