Stanford Uses Team Effort to Bear Down on Arizona, 78-75 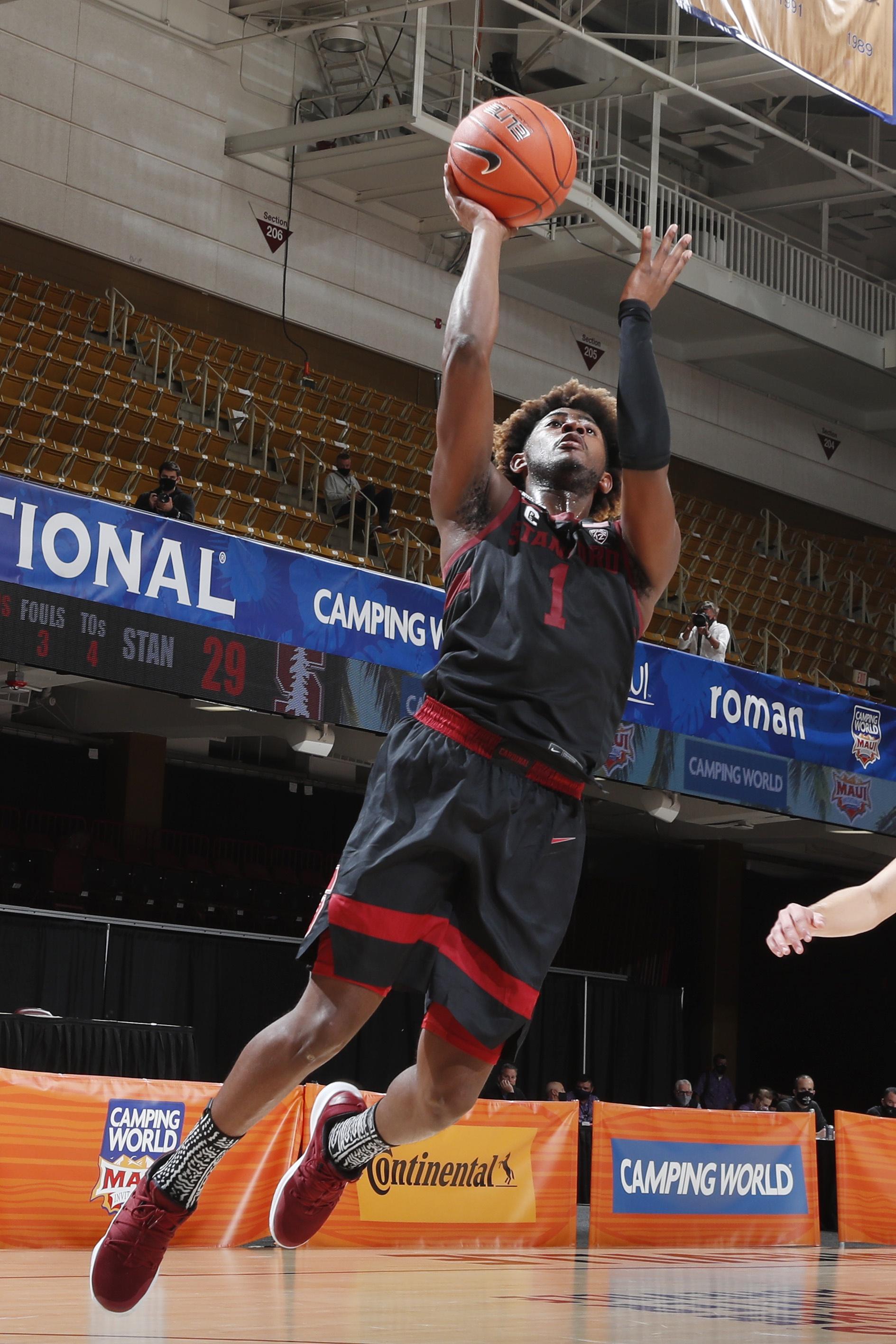 “Getting that monkey off our back is a big deal,” said head coach Jerod Haase. “It’s an important step.”

Against a new-look Wildcats team featuring five fresh starters, the Cardinal jumped out to an early lead. Bryce Wills and Daejon Davis flexed their defensive prowess, and they collectively held Arizona to 29% shooting in the first period. Sean Miller’s squad found quality looks in the half court few and far between, relying on second chance opportunities for 3 of their 8 field goal makes.

Every bit as impressive early was Stanford’s ability to attack the rim. Through excellent ball movement, they were able to find ways to get Wills, Davis, and Oscar da Silva going downhill, and played that to the tune of 20 points in the paint and a 30-23 halftime advantage. They only attempted 5 threes in the period, as the emphasis was evident. Wills in particular was making play after play.

“Maybe he’s not a natural point guard, but he’s a natural leader,” Haase said of his junior captain. “He was a joy to coach today.”

Stanford could never push the lead past 10, as Arizona found their offense in the second half. Each time the Cardinal seemed on the verge of blowing the game open, the Wildcats had a haymaker in store. But Stanford never blinked.

“I love the fact that every time they made a run at us, we kept our composure,” Haase said. And that composure became as important as ever around the 10 minute mark. With the team clinging to a 55-50 lead, Daejon Davis stayed on the ground in a great deal of pain after Arizona center Azuolas Tubelis came down on his lower leg. He left the court only partly under his own power, and would not return to the game.

“I’m seasoned just like him now,” Bryce Wills said. “There’s no excuses for me when it comes to closing out a game.” The junior shouldered a greater share of the load the rest of the way, but they also needed other guys to step up. One of those was freshman guard Noah Taitz.

Taitz had one of those drive-halting shots when his three from the corner was true around the 8 minute mark. Bryce thinks he also did a lot that you will not find in the box score.

“Forget the three,” Wills said. “He was playing great ball screen defense on Akinjo, a top point guard in the Pac-12. That’s why I was most proud of him.”

Arizona took their first lead of the game at 69-68 with 3:33 to go, and would regain a 72-70 lead a possession later. But those 39 seconds would be all they would get, thanks to the late game heroics of sophomore Spencer Jones.

After spending much of the game on the bench in foul trouble, Jones checked back in late and made three consecutive winning plays. On a second chance opportunity, he relocated to the short corner and buried a three to regain a lead. Coming down the other end, he took a charge on Bennedict Mathurin. He followed that up with another triple, his third of the game.

“Everybody wants him shooting those shots,” Haase said. “We’re gonna be a really good team if we can get him a bunch of good looks from three.”

Still, Arizona had a chance late. With 16 ticks on the clock, they had a sideline out of bounds play trailing by a single point. A lengthy review gave them the opportunity to draw up a play. Point guard James Akinjo beat his man off the dribble and got into the paint. But he was met there by a waiting Ziaire Williams, who took the charge to preserve the lead with 6 seconds to go.

“It really shows how complete he is as a player and as a person putting his body on the line for his teammates,” Haase said of his freshman. Bryce was proud of his teammate, too, but he was not remotely surprised.

Oscar da Silva once again led the team with 21 points and 7 rebounds. Ziaire Williams put up 16 of his own, including three treys and 4 assists. They were joined in double figures by Bryce’s 13 points and 4 assists and Daejon’s 11 and 7 dimes.

As a team Stanford shot 53% from the field and 7-13 from the three point line. As good as their shooting was, they won this game by amassing a 42-26 advantage in the paint. Arizona was led by Jemarl Baker Jr’s 29 points, 26 coming after halftime.

and here to fight,” said Wills.

In a conference that has no clear favorite, Stanford made their case in game one. They have nineteen more opportunities ahead.

Extra Point: This game was played in Santa Cruz, the closest the team has been to campus since the week of Thanksgiving. Santa Clara County restrictions still prohibit competition within its borders. But Bryce Wills had a positive outlook.

“I’m viewing this as a blessing. Not too many teams get to play in a G League arena.”