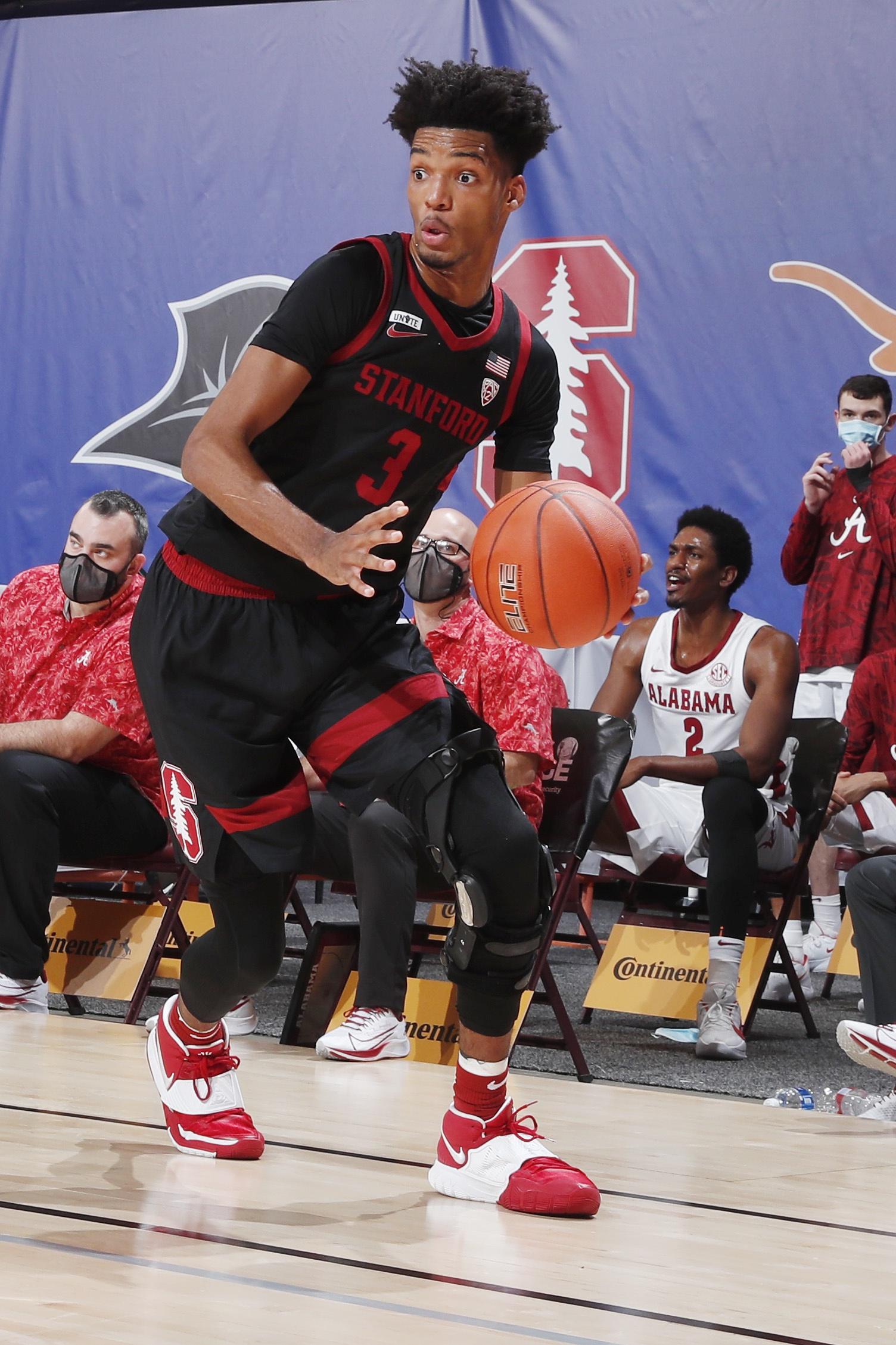 
Stanford (3-2) opens the conference slate on Saturday playing host to Arizona (5-0) in Santa Cruz. The unusually early Pac-12 game was moved outside of the county due to strict Covid laws.

The Wildcats enter with a perfect record on the season against a slate of mid and low major programs. They have taken the last 20 from Stanford going back to 2009, but our computer model sees the Cardinal at long last ending the drought. We linked up with Ryan Kelapire, a writer and Editor in Chief of AZ Desert Swarm, to preview the Arizona roster and what he expects for this weekend's game.

Arizona is 5-0 but the level of competition has been less than stellar. What caliber of team do you think Sean Miller has on his hands this year?

It's really hard to tell, to be honest. Arizona has five new starters and 10 new players, and they haven't played a major-conference team yet. What you can say about this team, however, is that it plays hard, shares the ball, pushes the pace and isn't star-heavy like last year's team. Arizona has had seven different players score in double figures. Otherwise this team is a big question mark. It has shot the ball really well at times but also gone an entire game without making a 3. It has the athletes to be a stout defensive team, but also made a bunch of mental mistakes that almost led to a home loss vs. Eastern Washington. Nevada transfer Jordan Brown looks awesome in the post in some games, then completely disappears the next. Arizona fans are cautiously optimistic right now, but the Stanford game should tell us a lot more about where this team is right now. Coming into this season, it seems like most Arizona fans expected this to be a fringe NCAA Tournament team.

The team had substantial roster turnover this year, and it looks like most of the minutes are going to new faces. What are your early impressions of the newcomers? Anyone standing out or surprising you?

Like I said, this team really seems to enjoy playing together. Georgetown transfer point guard James Akinjo sets the tone on both ends. Brown has shown he can be a dominant interior scorer at times. Seattle U transfer Terrell Brown can pass, score and defend. Freshmen Dalen Terry and Bennedict Mathurin are athletic, versatile wings who bring a lot of different skills to the table. Lithuanian freshman Azuolas Tubelis is big, mobile and skilled around the basket. Then you have someone like Jemarl Baker, one of the three returning players, who has looked very comfortable playing off the ball this season. He's been lights out from 3 and was the Pac-12 Player of the Week last week. Sophomore Christian Koloko is still one of the best rebounders and shot blockers in the conference. So it's an interesting collection of talent and a fun group to watch but still very unproven.

What is the feeling around the program in regard to Coach Miller? How hot is his seat?

It feels like his tenure will be coming to an end in the next year or two. Not just because of the Level I violations that his program has been accused of, but also because his teams have been underachieving lately. Arizona has not won an NCAA Tournament game since 2016-17. That is a crazy stat for a program that brings in star-studded recruiting classes annually. Sure, last year's team didn't get a chance to play in the tournament because of COVID-19, but it wasn't playing that well when the season got cancelled. At least not as well as a team with three NBA Draft picks should have. Burned by one-and-dones, Miller has started to place more of an emphasis on recruiting 4-star kids that will stick around for at least a couple of years and it could wind up being what saves his job. This current mix of players, while devoid of any clearcut NBA draft picks, has been refreshing to watch. Now we'll see if it can win.

Much of what Stanford does offensively relies on Oscar da Silva getting the ball in spots where he can succeed. Through five games he's averaging 20.2 points on 68/56/96 shooting splits. What will Arizona be able to do to slow him down?

The Wildcats almost always play man-to-man for 40 minutes, so they will probably throw a bunch of different types of defenders at da Silva and see what sticks. They have long, traditional bigs like Koloko and Brown as well as more mobile guys like Tubelis and Ira Lee. They could even try putting one of their quick wings on him if he's too tough to guard off the dribble. Stanford has struggled from 3 this season, so I'm sure there will be a big emphasis on helping on da Silva's drives and post ups and making someone else beat them.

If Arizona wins, it will be because...

It controlled the paint. Unlike Stanford, Arizona starts two traditional back-to-the-basket big men in Koloko and Brown. If that's your plan against a team that starts two forwards in the frontcourt like Stanford, you better be able to win the rebounding battle and convert your opportunities at the rim. The Wildcats are one of the best rebounding teams in the country but their interior offense comes and goes. A good example—they outrebounded UTEP by 21 but only turned 18 offensive rebounds into 11 second-chance points. Arizona isn't good enough of a shooting team (or at least that we know of right now) to be inefficient inside the 3-point line and survive against a tough defensive team.

If Arizona loses, it will be because...

Stanford was able to limit the transition game. Loaded with athletes and ball handlers, Arizona is playing at its fastest pace ever under Miller and that has led to a lot of good looks in transition. Slow the Wildcats down and make them execute in the halfcourt and it's a different story. Especially Stanford since the Cardinal have been terrific on defense the last two seasons. I'm not sure Arizona is far enough along to consistently create quality looks against a stingy defense.

What is your prediction?

Sean Miller has never lost to Stanford, so it's hard for me to pick the Cardinal even though they are clearly the more battle-tested team. That Stanford doesn't have a home crowd and isn't even playing in its own building will certainly help this inexperienced UA team. It would have been interesting to see how it would have fared in a true road environment.