Ziaire Williams Impresses as Stanford Turns Back the Tide, 82-64

Cardinal make a statement in "Maui" 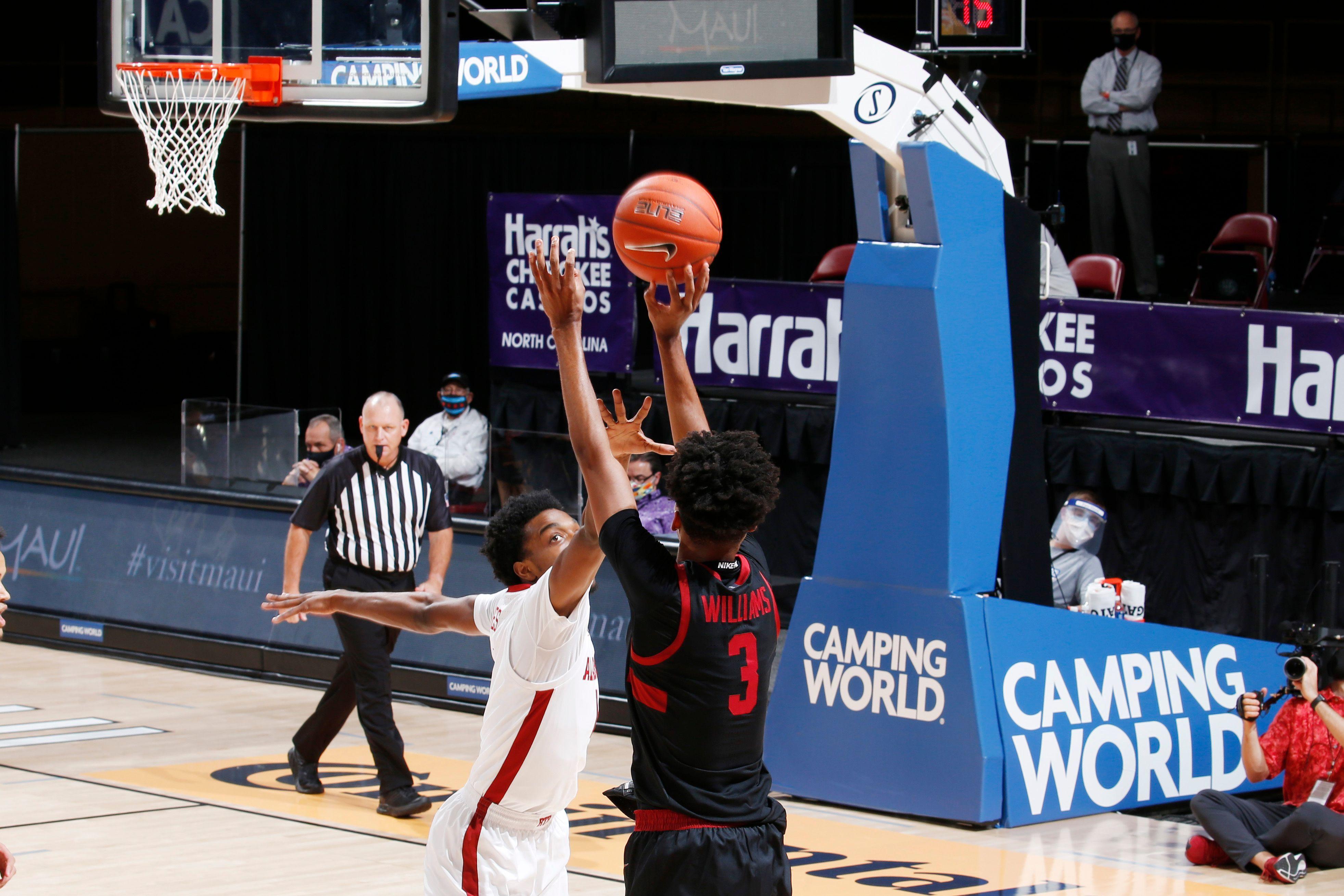 
Stanford (1-0) was the only team at Asheville, North Carolina’s Maui Invitational without a prior game in the books. You would not have known it from the dominating 82-64 thumping they laid on Alabama (1-1).

Freshman Ziaire Williams entered his debut with massive expectations, and in many ways he exceeded them. He confidently sank his first two shot attempts, both triples. Then he displayed what makes him a truly special player, stopping on a dime off the bounce and effortlessly rising up from 18 feet. He was also a willing playmaker and passer.

“I think his ability is off the charts,” head coach Jerod Haase said. “But I also know that his character and the kind of person he is, I think really is the foundation for how he's built his game.”

For all the praise that the offense deserves, this was an excellent defensive performance. The Crimson Tide were one of the premier offenses in America a season ago. Coach Nate Oats brought over his NBA-esque run-and-gun style from Buffalo, and it was on display early. By the 10 minute mark of the first half, Alabama had 21 points on the board. The pace was breakneck and the shot attempts were bold. But that early flame would quickly be stamped out.

The Cardinal defense is special once they are settled in. First game breakdowns became fewer and farther between, and they started to slow the game down to a pace more to their liking. Every Alabama shot attempt was contested, each fast break attempt was challenged, and passing lanes were quickly closed. After the blazing start, the Tide managed only 8 points over the final 10 minutes. A 9-0 run gave Stanford a 41-29 advantage into the locker rooms.

“I was just telling Bryce last night, it's just so fun playing defense, getting stop after stop,” Ziaire said. “We're super disciplined. We listened to coach's plan and he prepared us well, so we have to go over scout for tomorrow and do the same thing.”

In the second half Jerod Haase clearly emphasized attacking the cup. An impressive 26 of their 41 points in the second period came in the paint from a variety of players. Alabama got a couple of decent looks early on breakdowns, but that dried up fast. It was business as usual, as the Crimson Tide managed only 35% from the field in the second period. A Bryce Wills eruption pushed the lead past 20 and the win was never in much doubt.

Stanford was led by the 19 points from Ziaire Williams on 8-15 shooting. The freshman wing also pulled down 8 rebounds and dropped 3 dimes. It was not a perfect performance, though. He committed 4 early turnovers, and finished the game with 6 giveaways in total.

“I [was] just trying to get adjusted to the physicality and the pace of the game, but it's definitely an area to improve,” Ziaire said. “I'll be all right.”

Joining Ziaire in double figures were the trio of captains, Oscar da Silva, Bryce Wills, and Daejon Davis. Oscar fouled out, but quietly put up 13 points, 7 rebounds, 3 assists, and 3 blocks. Daejon had a 13-4-4 line in his first game back at the point, and Bryce Wills exploded in the second half to finish the contest with 15 points and 6 boards. He did not officially record any blocked shots, but all that means is the scorer was watching a different game than the rest of us.

Alabama was led by the 14 of Villanova transfer Jahvon Quinerly. His lone teammate in double figures was Jaden Shackelford with 10, though he needed 13 shots to get there. Their offense was nearly 20 points below their average from last season, and John Petty Jr was a non-factor for much of the contest. The all-conference player finished with only 7 points, none before halftime.

Stanford will not be able to celebrate this win for long. Tomorrow’s semifinal game is at 1 PT, and features the 14th ranked North Carolina Tar Heels (2-0). They are coached by Jerod Haase’s mentor, Roy Williams, and were impressive today in their win over UNLV.

“So much of what I've done and the opportunities I've had are because of him,” Haase said. “It's not easy, maybe not possible to express my gratitude towards him.”