The second best 24-23 Stanford win ever! 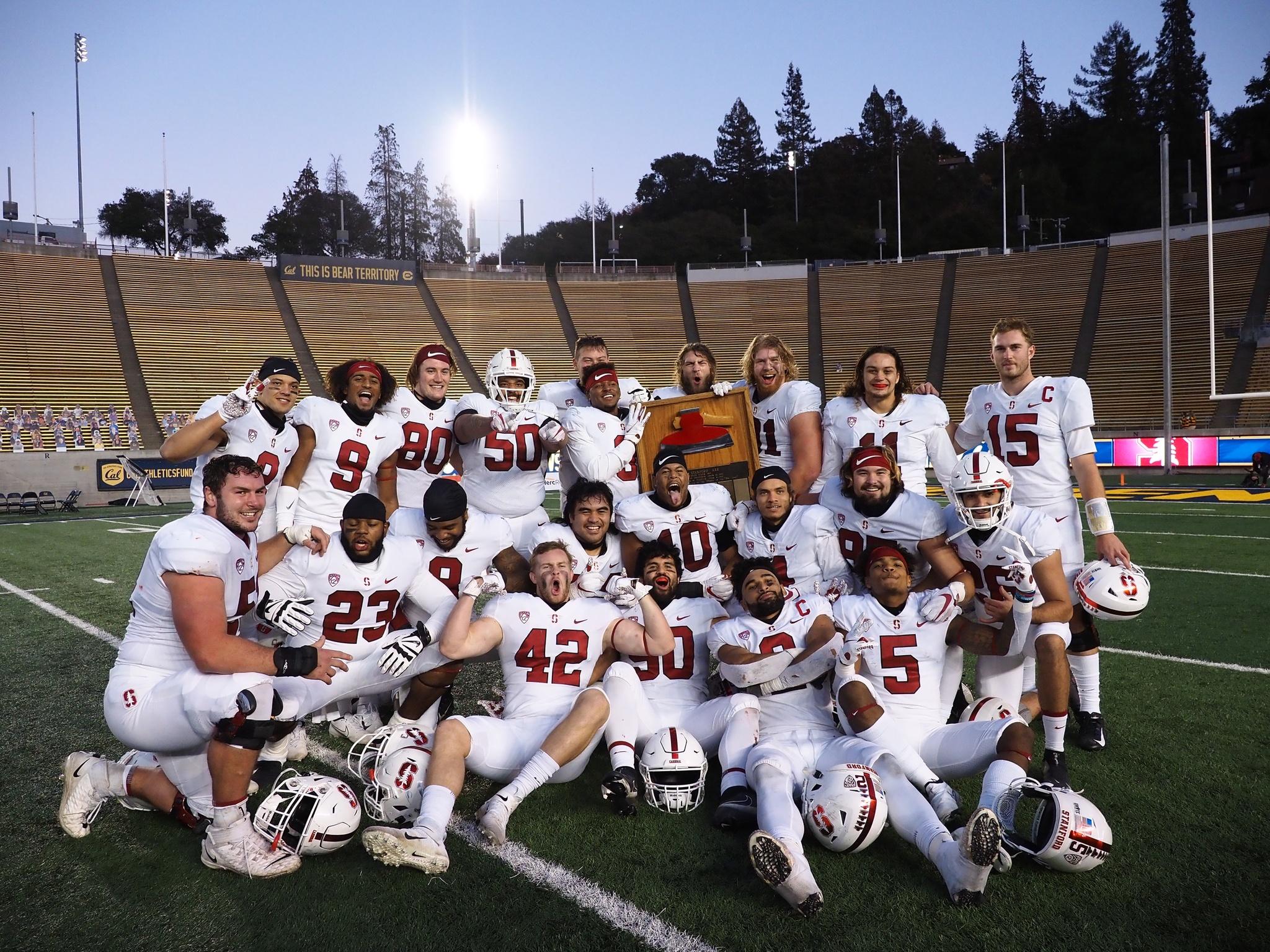 
If there is anything we have learned from 2020, it is to not take the little things for granted. And that includes extra points.

An eight yard snap. A three step run-up. A twenty yard kick. That seventh point has become so automatic that many of us refer to touchdowns themselves as seven points. But all of that simplicity was interrupted this evening by one Thomas Booker manhandling the middle of the California line and inserting his elbow in the path of the haphazardly kicked football.

“That goes back to day one of camp,” said fifth-year linebacker Curtis Robinson. “It just came down to us being able to execute better than them.”

Earlier in the game Stanford blocked a 32 yard field goal attempt. Head Coach David Shaw was quick to point out they were close to blocking another extra point. But on the one that mattered most, Booker got home.

“I’m thankful for the guys that were with me on the field goal block that allowed me to get that penetration,” Booker said. Robinson and Booker were also effusive in their praise of Special Teams Coordinator Pete Alamar.

Stanford did not win this game in dominating fashion. They were out-gained by nearly 100 yards, had 4 fewer first downs, and allowed Cal to rush for better than 200 yards on the day. The box score does not look like a Cardinal victory, and at many points I had to double-check the score to believe they were truly leading. But they simply made the plays when they counted.

“Winning a football game is play after play, punch after punch,” said Shaw. And no punch was bigger than the one sophomore cornerback Salim Turner-Muhammad landed on the ball in the third quarter. His fist forced a fumble and set the Cardinal up with a short field. They needed only three plays to go the remaining 41 yards and take their first lead of the day at 17-10.

For the first time this year, senior quarterback Davis Mills had a full week of practice leading up to a game. Still, the offense was sluggish early. Their initial touchdown was also the result of a short field. Senior fullback Houston Heimuli recovered a muffed Bears punt, and Mills paid it off with a back shoulder throw to senior wideout Michael Wilson. Timing routes like that are dependent on practice, and it was a thing of beauty this time around.

The Cardinal’s best drive of the game was a statement 8 play, 71 yard offering in the third quarter. On the second play, Mills looked deep to a streaking Fehoko, only to have his pass end up in the mitts of a Cal defender. But the play was negated, as a defensive back held the slot receiver. Mills methodically took the team down the field, determined to turn the miscue into points. With first and goal from the 8 yard line, they turned to sophomore running back Austin Jones.

“They’re not gonna stop me going in there,” Jones said. By my count some six Golden Bears laid a hand on him, but the East Bay native made his way into the end zone upright, and gave the Cardinal what would end up being the winning touchdown.

Stanford had their chances to ice the game late. Twice in the fourth quarter they penetrated within the Cal 35 yard line before settling for punts. But sophomore punter Ryan Sanborn dropped a pair of beauties inside the 10 yard line.

Even after Booker blocked the final extra point to preserve a 24-23 Stanford lead, the outcome was in some doubt. Cal kicked off from the Stanford end of the field after penalties, but were unsuccessful in their onside attempt. The Golden Bears still had all three timeouts and looked poised to repossess the ball with 30 or so seconds remaining. Three straight tough Austin Jones runs netted a first down, and an animated David Shaw watched the clock expire.

“The axe is back with the rightful owners,” Curtis Robinson said.

Extra point: This was the first time under David Shaw that Stanford has won the coin toss and deferred to the second half.

Extra extra point: The 24-23 final score matches the final tally of the 2007 upset over USC