Stanford vs. Colorado Post Game: Another Close But Ugly Loss To Colorado 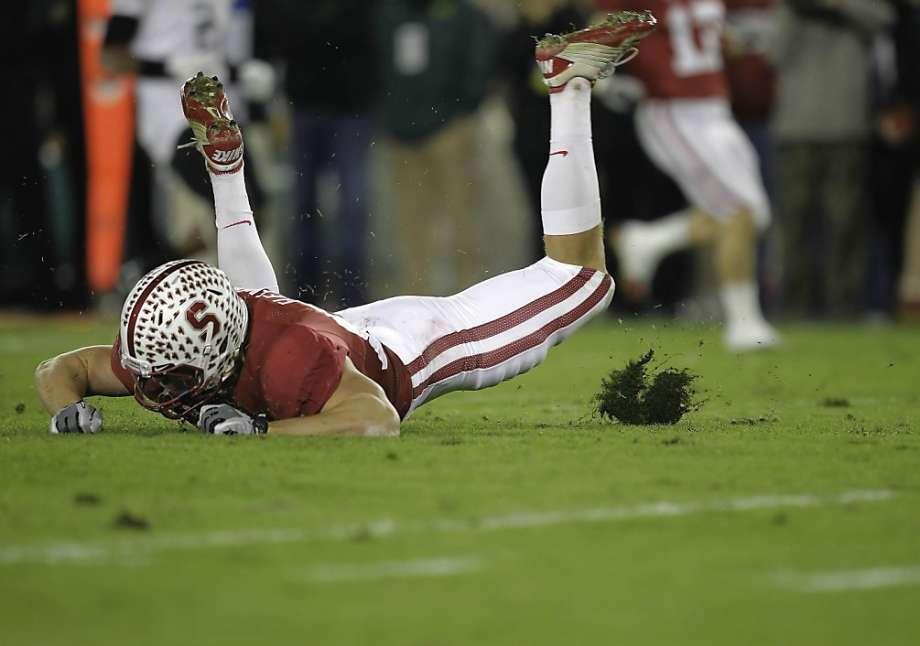 
Stanford (0-2) continues a six game losing streak with a loss to the rebuilding Colorado Buffaloes (2-0). The Cardinal often looked lost and unprepared in a very winnable game after an ultimately futile comeback.

Despite a competitive score, this game was sloppy. Only Stanford's superior talent popping late prevented the bout from being a blowout. Poor play calling and senior quarterback Davis Mill's lack of practice (due to a false positive COVID designation) likely held back the Stanford offense. In contrast to last week's strong rushing attack, the Cardinal running backs only tallied 34 yards with Davis Mill’s 36 rushing yards leading the team. The story on the defensive front was one of injuries and depletion. Mistakes from Sam Noyer and a weakened Colorado offensive line repeatedly gave the Stanford defense chances.

Senior quarterback Davis Mills looked rusty in his first outing of the 2020 season. With a series of short passes, the offense marched down the field on the first drive of the game. An errant pass on third down forced the Cardinal to settle for a field goal from fifth-year senior Jet Toner making the score 3-0 Stanford.

Both sides traded a pair of punts before Colorado quarterback Sam Noyer threw an interception to fifth-year senior Malik Antoine deep in Stanford territory. Despite the big play, the next three possessions between Stanford and Colorado yielded no scores. Then, the Buffs got the ball on their own 45-yard line and eventually scored on a 55-yard touchdown strike from Noyer to wide receiver Dimitri Stanley, giving Colorado a 7-3 lead.

The Stanford offense responded with a series of quick passes and runs for another field goal to make the score 7-6 Colorado almost a minute into the second quarter. Colorado chewed away at the Stanford defense and struck back with a touchdown on 7-yard rush from Noyer. In less than five minutes, the score became 14-6 Colorado.

Mills led yet another drive only to the Colorado-5 only to reach 4th-and-1. Stanford Head Coach David Shaw attempted to go for it, but a delay of game penalty negated Colorado stuffing a Stanford rushing attempt. This would allow fifth-year senior Jet Toner to make a 28-yard field goal to set the score at 14-9 Colorado. A pair of punts from both sides capped the end of the first half.

At the beginning of the second half, the Colorado offense shredded the thin Stanford defense. The read option, which befuddled the Cardinal last week, confused the defense once again, when Noyer ran it to score a 10-yard touchdown.

A futile Stanford drive ended immediately on the first set of downs. The defense gave way to a 22-yard reception. The Stanford secondary blew a coverage leading to a 34-yard Buffaloes touchdown reception making the score 28-9 Colorado.

Stanford suddenly found life and scored a touchdown after a few deep passes connected. The Cardinal whittled the lead down to 28-16 Colorado.

The Buffaloes fought back with a touchdown score making the game 35-16 Colorado. The Cardinal went on to score 16 unanswered points to nearly stage a comeback only for time to run out (which we can blame on bad clock and timeout management earlier in the game, among other mistakes).

This is the first game against Stanford where Colorado scored more than one touchdown since entering the conference.

Colorado is scheduled to play Arizona State at home on Nov. 21.

The Cardinal welcome Washington State to Stanford Stadium on Nov.21 where they will attempt to end a four-game losing streak to the Cougars, who at the time of writing are in a close one against #11 Oregon early in the fourth on FOX.