Football Roundtable: Game 1 in the Books 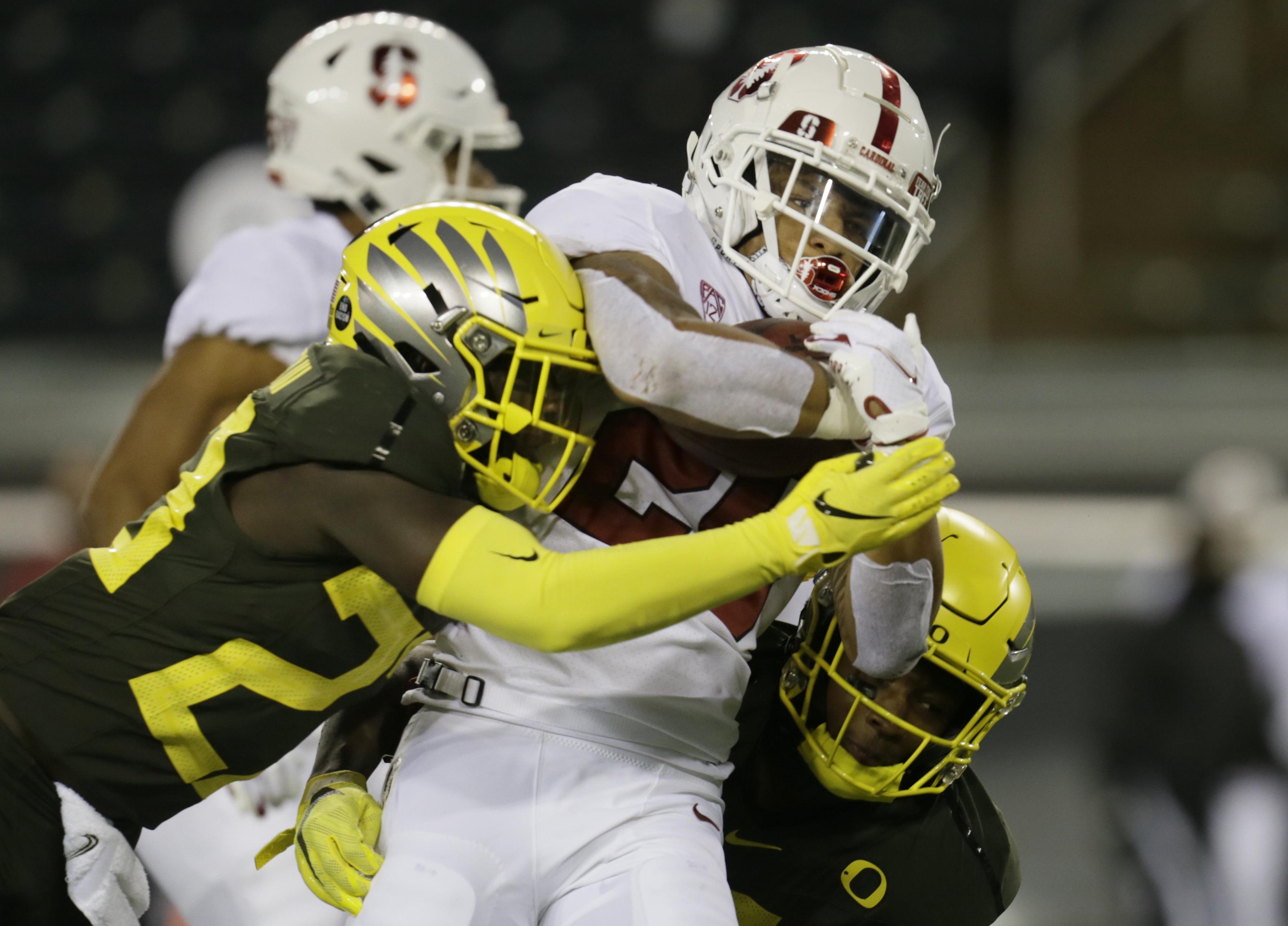 
Stanford Head Coach David Shaw is known to be stubborn, and on Saturday, this was evident. He trotted out senior kicker Jet Toner four times, and Toner missed four times. What do you make of Shaw’s decision making?

I have always been critical of Shaw’s decision making. Having to deal with Shaw and Jason Garrett (I know Cowboys) has made me dread moments in games where risk should be involved. You are hurting yourself by being so conservative on third and fourth-downs. I could forgive Coach Shaw when the Cardinal were going to Rose Bowls, but that era of Stanford football is passed. In order to be competitive against teams that recruit better, Shaw has to be more aggressive and smarter on every down. Why do the Cardinal receive so many delay of game penalties or have to call timeouts to avoid delay of game? The pre-snap play calling is overtly complicated with multiple play calls for different looks, which was a “pro-style offense” maybe 10 years ago. I don’t really even care that Toner missed four field goals. Things like that happen, and I think the holder was not helping him either. It comes down to this: adapt your decision making and/or recruit better. Neither is good enough right now.

I like him sticking with Jet. He has had an extremely accurate career, and nothing throughout camp or before the game indicated that has changed one bit. But his accuracy is not what made Shaw’s decision making bad. You simply do not kick when you are down 21 points in the fourth quarter. Shaw is notoriously anti-analytics, and it was as apparent as ever on Saturday.

One miss is understandable. Two misses should make you question things. Three misses is unforgivable. Four misses and you should probably be locked up in the local crazyhouse. Shaw should have gone for it considering that fact that Stanford was down by a lot. Shaw has questionable decision-making but this is really bad.

The offense was notably effective against Oregon, except that it settled for four missed field goals. What was the most surprising part of the offense?

I think we all agree the offensive line was the real surprise. Stanford rushed for 200 yards, and it did not let a very good Oregon defensive line sack quarterbacks Jack West and Tanner McKee a single time. However, I was surprised at the performance of West and McKee. With short notice, they filled in for Mills, and they played almost as well as you can expect a person to play with no first-team snaps. West was 13-of-19 for 154 passing yards, but the most important stat was zero turnovers for both quarterbacks. Hopefully, with more practice, they can complete a damn goal-line fade.

The offensive line was even better than I expected. I had high hopes for the group with so much returning experience and a year of continuity after an injury-ravaged 2019 season. But Oregon has one of the premiere defensive fronts in the conference, so I expected they would take more lumps, particularly with backup signal-callers. All they did was pave the way for over 200 rushing yards and keep the quarterbacks mostly clean.

The offensive line really took a step forward. Shaw says the biggest leap forward is from year one to year two. I am surprised that all three then-freshman starters took a leap forward. Oregon’s front seven was supposed to be the deadliest part of the team yet we played reasonably well and did not let them dominate.

Colorado put up 48 points on UCLA, with Buffs running back Jarek Broussard leading the way (221 total yards and 3 touchdowns). Does the defense have any chance of slowing down the Buffs offense?

They have a chance, but I would temper my expectations. The linebacking corps might be extremely short-handed this week, and the defensive line of course will be short-handed all year. There is talent in the front seven, don’t get me wrong, but they will have their work cut out for them.

They need to get better at the read-option. Thunder Keck got burnt too many times on that and it showed. We probably won’t be getting Gabe Reid back anytime soon. The defense has a playmaker in Thomas Booker. He needs to have a career game. Kyu Kelly could be back in time for this game. He played well as a true freshman and could improve this year.

As David said, the Cardinal would have to get better at keeping contain and/or spying on the quarterback to slow the Buffs down. Oregon quarterback Tyler Shough rushed for 85 yards on the defense. Colorado quarterback Sam Noyer had a similar stat line, so he and the Buffs are probably longing to take the field against the Cardinal front 7. Even if limiting this is possible, stopping the running bucks seems like a bigger challenge. The defense allowed 278 rushing yards to the Ducks. Broussard had 187 rushing yards by himself! I don’t expect a week of practice to make a difference, but maybe defensive coordinator Lance Anderson and Co. can come up with a gameplan to slow the Buffs running game.

The Cardinal showed offensive promise against Oregon. What derailed them was taking/missing four field goals. Stanford should score more against Colorado, given the Buffs allowed UCLA to drop 42 points last week, but Davis Mills will miss this game, too. The defense is thin and it looked out of its depth at times against the Ducks, so the offense will need to compensate. I am not confident that Jack West or Tanner McKee can convert third downs even with more practice, but I am confident in the backfield. Sophomore running backs Austin Jones and Nathaniel Peat are maybe the best duo in the Pac-12, and the offensive line was *REDACTED* brutality at its best last Saturday.

This would be Stanford’s game to lose had Davis Mills been starting. However, we have to pick between inexperienced Jack West and unproven Tanner McKee. Colorado repeatedly ran over UCLA, but the much maligned-Stanford run defense should do a better job than their Pac-12 South counterparts. The game can be won if Austin Jones/Nathaniel Peat break out with flashes of Heisman runner-up under a dominant Tunnel Workers Union. However, that might be too much for the underclassmen duo. Look for possibly another close Colorado-Stanford game that might turn ugly.

This Stanford offense can be really good, even if Mills misses another week. And remember, Colorado didn’t exactly win going away against the Fighting Chip Kellys. They put up gaudy offensive numbers, and I expect them to duplicate that. But this week the Cardinal can hang around in a shootout, and Jet Toner will redeem himself with the winning kick as time expires.