Updates on injuries, illnesses, and more! 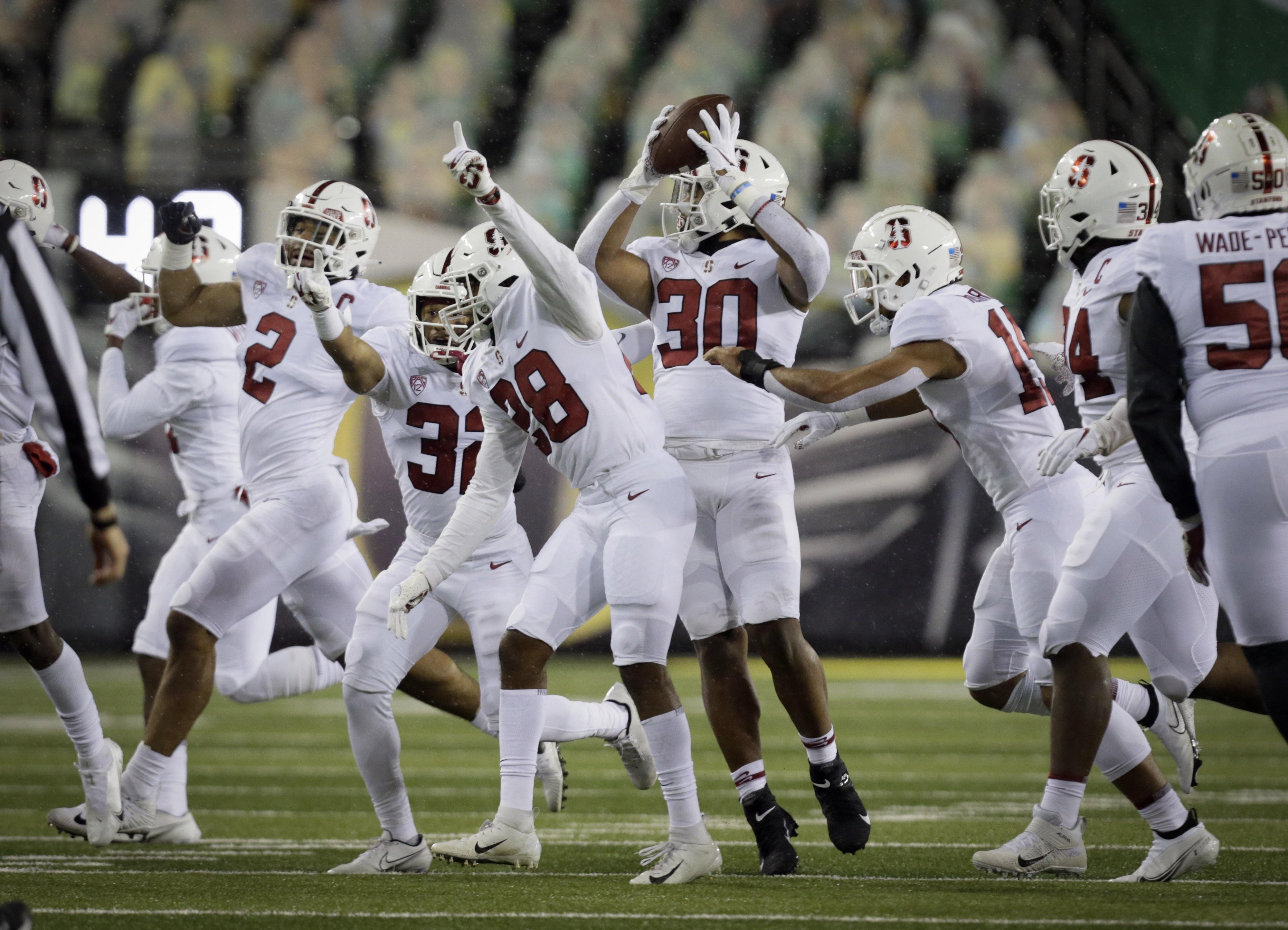 Photo by SCOTT LABOUNTY/University of Oregon


Stanford Head Coach David Shaw spoke to the media on Tuesday after looking over the game film from this weekend’s 35-14 defeat.

Shaw felt encouraged by much of what his team did against the Ducks, but he was not willing to chalk up a moral victory. “We’re not satisfied playing a good team close,” Shaw said. “I believe we can play a lot better.”

He was, however, fairly effusive in his high praise for quarterbacks Jack West and Tanner McKee. He emphasized that neither of them received many practice reps ahead of the game, but they still looked comfortable.

“I thought Jack played very well, and managed the game well,” Shaw said. “This is a mature, smart, young man.” He had similar words to say of Tanner, who received even fewer reps.

Notably, he said most of the throws they were missing were the timing routes. That calls into question more of his goal-line play-calling. Shaw asked his backup quarterbacks to throw goal-line fades despite the aforementioned lack of practice on timing routes. He mentioned Oregon was stacking the box in those opportunities, but running back Austin Jones said after the game that he was certain they could have punched it in on the ground.

Sophomore offensive tackle Walter Rouse shares Jones’ confidence, and then some. “I think we can be the best O-Line in the Pac-12,” Rouse said. “And maybe even in the country.” Stanford ran for more than 200 yards against a stout Oregon front.

Shaw also mentioned that he contacted the league office about the bizarre ‘defensive chop block’ call which went against the Cardinal in the second quarter. Much like the commentators, myself, and everyone I know, Shaw had never seen that call before. It helped keep alive an Oregon drive that ultimately gave them a 14-7 lead.

There are four “COVID-related situations” the program is monitoring. Davis Mills, Connor Wedington, and Trey LaBounty were all held out of the Oregon game due to contact tracing. Their status for this week is uncertain. There are evidently many layers of medical clearance, including the team doctors, county authorities, and the Pac-12 conference.

Linebackers Ricky Miezan and Levani Damuni left Saturday’s games with injuries and did not return. Shaw says their situations are both "up in the air." Junior outside linebacker Tobe Umerah is considered doubtful. With the particularly thin position group, senior outside linebacker Gabe Reid is in line for some reps at inside linebacker this week. That is, if he is healthy enough to return.

Sophomore cornerback Kyu Kelly returned to practice, and the coaching staff hopes to have him back this week. Shaw had some praise for the host of corners that saw snaps. Remember, Paulson Adebo opted out before the season ever started. There were plays with three inexperienced corners playing together, but Shaw believes they held their own and were even stride for stride on the bigger plays Oregon hit. Even if Kelly returns, the coaching staff will rotate several guys in the defensive backfield until players start to stand out.

Much attention has been paid to the offseason weight gains of the offensive and defensive lines. Junior defensive end Thomas Booker offered a simple explanation: “A lot of it was quarantine and being back home and eating good cooking,” he said with a smile. David Shaw, on the other hand, says he personally lost 15 pounds during the lockdown.