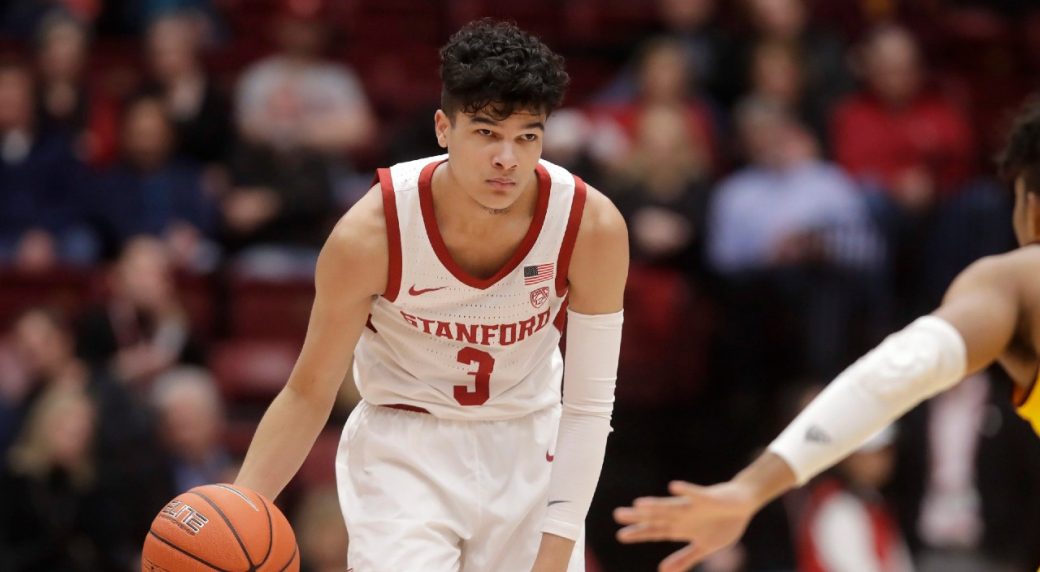 
Even under normal circumstances, making the decision to leave school for the NBA is a tough one. But in a year with no combine or team workouts, the list of unknowns is vast.

Ty entered his freshman season outside of the top 100 in some recruiting rankings. Now, he's mocked as high as the late lottery. His debut campaign saw him average 14.6 points, 4.5 boards, 3.2 assists, and 1.4 steals, each good for second on the team. What really wowed scouts, though, were his 44/41/89 shooting splits and ability to finish at the cup.

When talking about his NBA future, many point to the archetypes of Steph Curry and Trae Young. Both of them are slender deadeyes that personify the new era of NBA guards. But there are real doubts about Ty's ability to handle the ball at the next level. Although he was generally effective running the Stanford offense, he had his share of turnover issues. At the moment, I think his day one projection is a smaller Landry Shamet.

There simply aren't many teams that can afford to play a 2 guard with his frame. Some franchises might be willing to bet on his development as a playmaker. Others, like Philadelphia or Milwaukee, have towering point forwards that make someone like Ty more playable. So given that, should he stay? The answer is tricky.

Jerod Haase recently went on Jon Rothstein's podcast and spoke about how they're helping Ty go through the process. From his comments, it sounds like he's likely to leave if he believes he'll be picked in the first round. The biggest difference between the two rounds is guarantees. Though many in the second round ultimately sign for guaranteed money (like KZ Okpala), 100% of the picks in the first round have their contracts guaranteed.

NBA teams often "promise" players they'll pick them if they're on the board, so Ty is likely hoping to receive one before committing. But promises are an inexact science. Sometimes teams get a crack at guys who were much higher on their draft board than they thought would fall to them.

I've read the argument on a lot of forums that Ty should come back to school because playing on a team with Ziaire Williams would give him "exposure." That's dead wrong. Sure, he might become more of a household name, but we live in a day of socialized advanced statistics and professional scouting that reaches Qatar and JuCo. Scouts know who he is.

Now, coming back to a team with Ziaire and the rest of the returning cast of characters has other advantages. For one, there should be even more room to operate, which gives him an opportunity to prove he's a high level slasher and distributor. It also gives him an opportunity to improves as a defender with a great defensive staff. He'll be a top priority on the Farm, rather than rolling the dice with potentially inconsistent minutes at the next level.

But ultimately, if he has near certainty that he'll go in the first round, he should probably take the money and leave. While an extra year could improve his stock, it could also have the opposite effect. Stanford will honor his enrollment either way, so he can return to complete his degree whenever he has the time. Casey Jacobsen recently did just that, and KZ Okpala has already pledged to do the same.

I would love to see him in Cardinal next year to make a run at a Pac-12 title, but as Coach Haase pointed out, sending guys to the league does wonders for recruiting. We'll be cheering for him regardless.