So Little Depth That We Didn't Need Two Articles 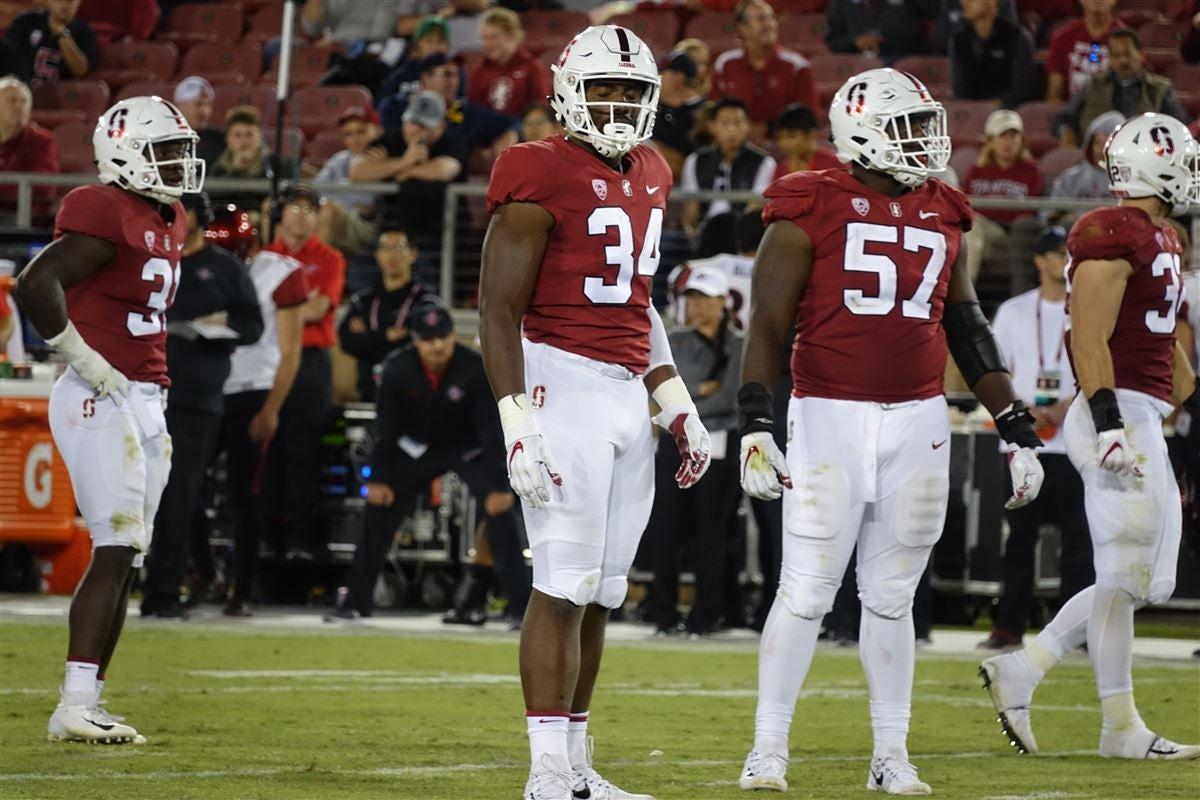 When I saw the defensive line depth chart going into this season, I couldn’t believe it. There were just two scholarship players at defensive tackle, and the defensive end position was only slightly better. There are talented players on the d-line, but the Cardinal cannot afford injuries to any starter. Maybe recruit some d-lineman, David Shaw? Does he know you can do that?

Booker is a Stanford man through-and-through. He was a team captain as a sophomore, and he is once again fielding the captain’s crest this season. Booker might be the most important factor of the defense. There is very little depth on the line, especially in the interior, and Booker’s play could dictate the Cardinal’s potential.

He was an All-Pac-12 honorable mention last season, but he needs to play like a first teamer for this defense.

Last season, Booker accrued 50 tackles, 8.5 TFLs, and four sacks. He’s a tough kid, who has the size to bother any offensive lineman -- even the opposing teams are raving about him.

“[Thomas Booker’s] a nose guard in the middle, he’s tough,” Oregon running back Cyrus Habibi-Likio said. “He’s a tough son of a gun. He plays really well. He controls the center of that defense.”

Hopefully, Booker can become the toughest son of a gun in the conference.

As much as Booker is essential to the Cardinal defense, Wade-Perry is almost equally as important. There is little depth at his position. Thomas Schaffer is the backup in the depth chart, but he is starting as the other defensive end. The only other defensive tackles listed are freshman and one is a walk-on.

Wade-Perry had 12 tackles, five TFLs last season and one sack, where he played behind now-graduated Mike Williams. He has the sole responsibility of shoring up the A gaps to let Booker and the outside linebackers do their jobs.

Complimenting Booker on the other side of the defensive line, Schaffer is a huge man. At 6-7 and from Austria, Schaffer is more like The Terminator than a Stanford student-athlete. He is also the first Austrian to play in the D-1 FBS.

Schaffer’s collegiate career has been a slow burn. He played eight games his first three seasons, before playing all 12 games last season. That season he had 13 tackles and added five TFLs.

Hopefully, the Thomases (Schaffer and Booker) are like TWINS and go Commando on opposing lines to show them Red Heat.

You know the cliche before every season, where a player is interviewed and they over exaggerate the amount of muscle weight they gained over the offseason. With Pakola that might not be the case. He gained 53 pounds according to the weight listings on gostanford.com. That is insane! He must have misheard some say Freshman 50 instead of 15.

Pakola’s increased size should help him handle the bigger workload he carries this season. He only participated in one game last year, but this year, he’s the first one off the bench to spell Booker in case of fatigue or injury. Pakola was a four-star recruit coming into Stanford, so he should have the pedigree to perform in his role.

Anytime I hear or read Ryan Johnson’s name, I think of the director of The Last Jedi, Rian Johnson, and I get sad. So much promise and potential ruined…

Anyways, Johnson is backing up Schaffer this season. He has played in seven games in each of the last two seasons, while totaling up six tackles. This number will go way up (adjusted to total games in this season of course) in his increased role. Like Pakola, Johnson was a four-star recruit, and he has family playing collegiate football in Alabama and Louisiana.

No-so-fun fact: Johnson is from Mobile, Alabama which is home to the U.S.S Alabama. I got to go on a self-guided tour of it. Way better than the Sequels.

LaBounty is a GOAT-tier last name. It’s like what my mom would say if I asked her what brand of paper towels to get. The walk-on is huge. Not quite The Terminator, but still huge.

LaBounty didn’t play last season, and only has one game to his name. However, with how thin the defensive line, maybe he can squeeze a snap or two.

Also, if you think LaBounty is all LaBrawny think again. He was on the Pac-12 Fall Academic Honor Roll last season, and he is majoring in MS&E, so he’s LaBrainy, too!

It’s always nice seeing the son repent for the sins of the father, and in this case, Keneley’s parents were athletes at USC. Two of his uncles even played football at Lori Loughlin’s venal institution (Now she is in a penal institution).

But not Lance! (He was not offered a scholarship by USC)

Keneley provides desperately needed depth at the defensive end position, but given decent health to the team, he might not see the field much, if at all.

It took until now to finally get a listed defensive tackle, and he is a freshman. Phillips was a four-star recruit, who hails from Fresno.

At 6-4 and 290 pounds, Phillips reminds me of another defensive tackle who also had the last name Phillips. If you guessed Harrison “Horrible Harry” Phillips (not that hard), then you would be correct.

Tobin even asked Harry about playing at Stanford.

“My talk with Harrison lasted about 10 minutes,” Phillips said in The Fresno Bee. “It further solidified my decision, but at that point I was already pretty sure that Stanford was the place for me.”

Even given the dearth at the position, Phillips may not see a ton of action. Schaffer is listed on the depth chart behind Wade-Perry, so in the case of fatigue and/or injury, Schaffer will go to 0-tech and then Ryan Johnson would replace Schaffer.

Nonetheless, Phillips has potential, and maybe one day he can get a nickname like Harrison. Something like “Terrible Toby”.

Lester’s life is full of incredible names. His name is Zephron, he went to Christ The King, and he is from Far Rockaway, New York. He also knows Muay Thai and runs track. \

Despite Lester’s history of spectacular denominations, he won’t see the field this season. Although given the defensive tackle depth, I cannot rule it out.

The StanU Walk-on Football Union are adding another awesome name to go along with Anson Pulsipher and Logan Berzins.

Another walk-on, Merritt comes from Buchanan High School in Fresno. Merritt probably won’t play this season, but his, and the other walk-ons, contributions cannot be understated as they help the team prepare in this shortened season.