A Ton Of Depth In The Backfield 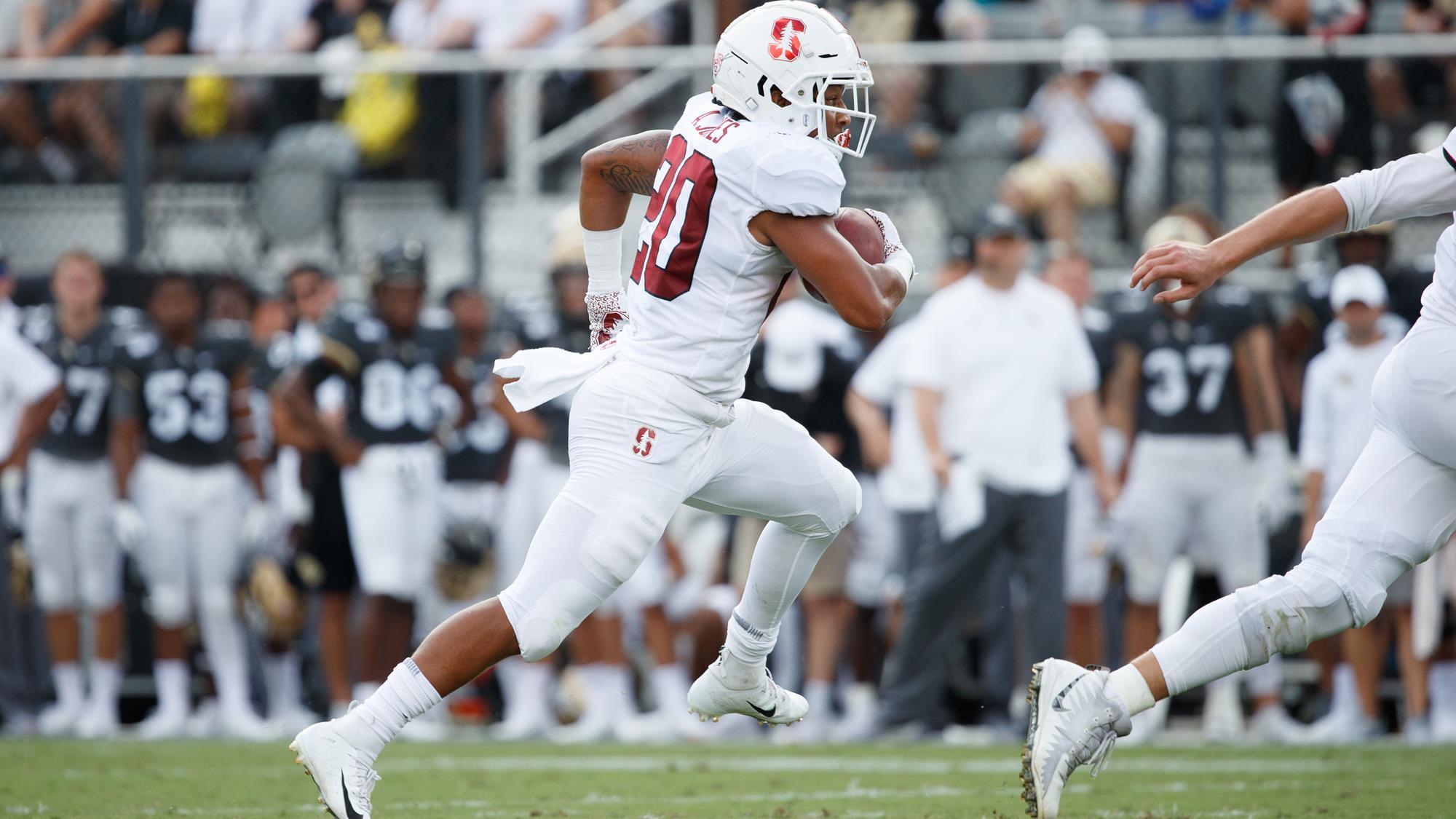 
It’s no secret head coach David Shaw loves his backfield. The staple of any Stanford offense under Shaw has been the running back and who can blame him? From Tyler Gaffney to Christian McCaffrey to Bryce Love, the running backs have been incredible for the Cardinal. Additionally, those running backs have not been doing it alone. The Farm has also produced quality fullbacks to lead those runners into the gaps.

Last year, Cameron Scarlett was the bell cow for the offense, but now that Scarlett has graduated, new and old faces will have to help replace him.

With Scarlett gone, Jones has been prepped up to take the starting mantle. Last season, Jones played in all 12 games, was second on the team in rushing with 227 yards, and caught 14 passes for 108 yards. He was thrust into the main back-up role with Trevor Speights out the entire year due to injury.

Jones is a versatile back that will be relied on heavily in the Shaw-Vita-Berry offense, especially as quarterback Davis Mills’ safety valve.

Hopefully, Jones can come even close to Love’s production (maybe not Love’s speed). The Cardinal will certainly need it.

Named after a terrible city, Houston Heimuli has been an invaluable asset for Shaw’s offense since his sophomore season. He’s only had four receptions and one touchdown, but that isn’t what a fullback does. What they do is block, block, and block.

Heimuli does this in spades and more.

He has one more year of eligibility after this season, but he could leave, so I hope people pay extra attention to Heimuli’s work. He needs to be appreciated. All fullbacks do.

If you think one fullback is enough for a Stanford offense, then think again. Symonds played every game last season, and he played in four games in his freshman year (His redshirt was not burnt).

Symonds playing as a freshman wasn’t surprising. He started on his high school varsity team as an eighth grader. AN EIGHTH GRADER! I could hardly throw a football 10 yards when I was that age (This says more about me I think.).

Jones was not the only freshman running back to see action last season. Peat did a little bit of everything in 2019. The Missouri product caught five passes, rushed nine times and returned three kicks.

He even had two tackles!

Peat’s most productive outing was against Colorado, where he rushed four times for 29 yards. Peat’s small sample size muddles his projected outlook, but from what we’ve seen, he is a versatile running back that pairs nicely with Jones.

The elder statesmen of the running back crew. Maddox’s first playing season was my senior season, so excuse me while the existential dread starts to marinate.

Maddox hasn’t been a huge feature of the Stanford offense. He had to back up Love twice and then Cameron Scarlett, so it hasn’t been easy finding touches for the Baltimore native.

Additionally, Maddox was limited to eight games last season due to injury. The Psychology major finds himself behind in the depth chart again, but his leadership and experience in the locker room should prove invaluable for running backs coach Ron Gould’s group.

Woods was snake bit last season as he was forced to sit the year due to injury. He did play in two games in his freshman season, but only totaled 15 yards.

He still maintained his redshirt, so Woods has time to find a spot in the Cardinal depth chart. Unfortunately, this could prove difficult with the sophomore duo and Maddox ahead of him. Hopefully, Woods can stay healthy and can contribute positively in some capacity.

Fun fact: Ella Fitzgerald was his great aunt! I wish someone would dream a little dream of me :(

A walk-on from Pasadena, McFarlane has not played a role for Stanford after not seeing time last season. He’s an all-around athlete that played baseball, soccer, and track, and he is probably a great member of the StanU Football Walk-On Union. According to Twitter, McFarlane created a Game of Thrones club in high school. I hope he was not too let down from the disappointing ending because I certainly was. Finish the books, G.R.R. Martin!

I am going to preface by saying I’m a huge Cowboys fan (I know. I know. SAD.), and when I heard the son of Emmitt Smith was committing to Stanford, I unashamedly belted out a How ‘bout them Cardinal!

Nevertheless, Smith is an exciting prospect who can run the ball and catch effectively. The former four-star prospect had offers from a ton of schools, including his dad’s alma mater, Florida.

Smith is redshirted, so we won’t see him much unless there are injuries to the other running backs.

Filkins, or “Moose,” was the No. 1 ranked recruit out of Oregon. In his senior season, he totaled 3140 yards from scrimmage and 45 total touchdowns. He broke all types of Oregon state records and earned the 2019 Oregon Gatorade Player of the Year.

Even with the gaudy stats, Filkins will have trouble breaking into the top of the depth chart. He will probably be redshirted the whole year with Smith.

Robinson is the newest member of the StanU Football Walk-On Union. He has Stanford in his genes as his father played football on The Farm.