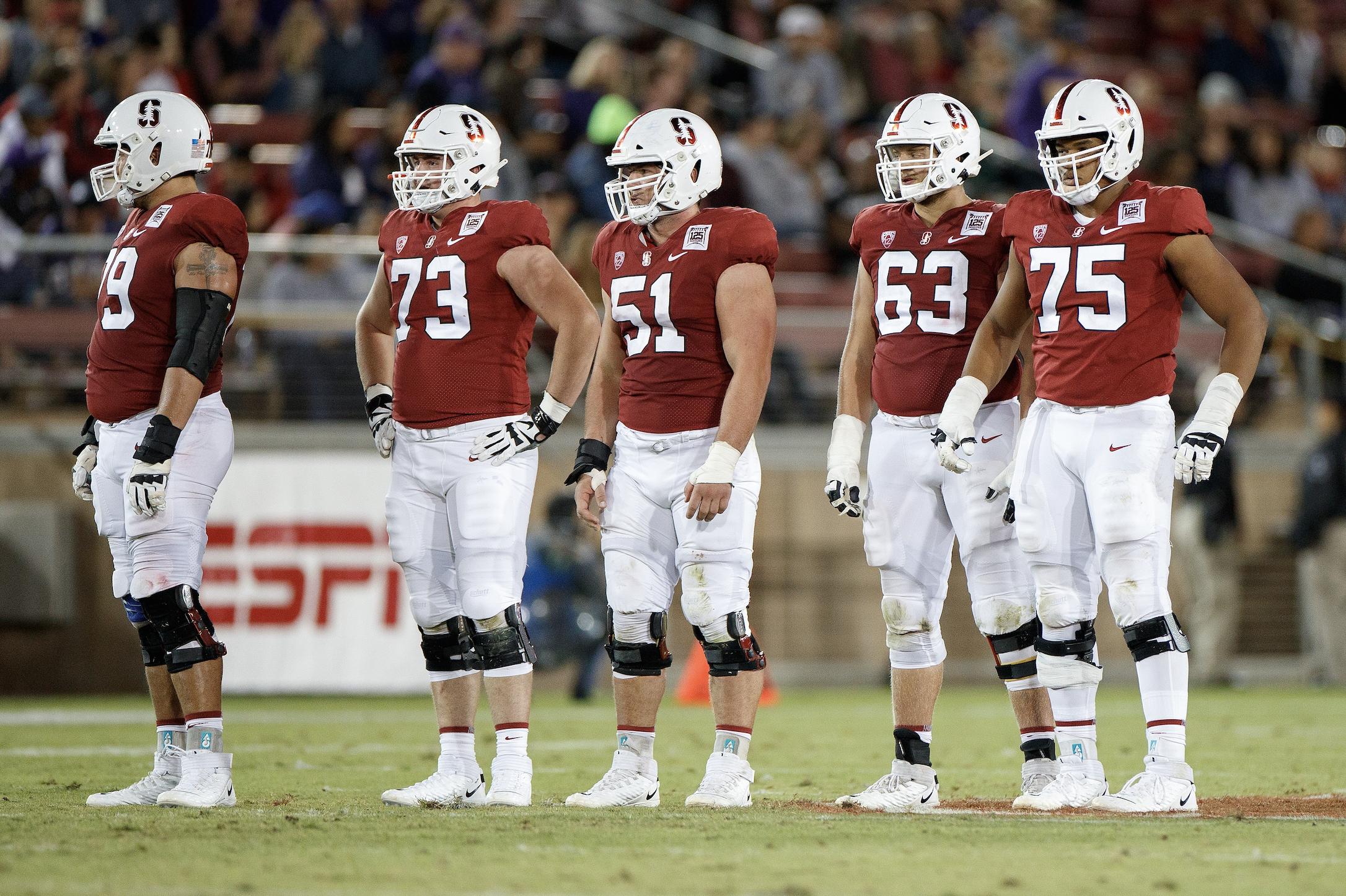 Last season was difficult for the offensive tackles. Injury after injury forced the young group of players into action but they played reasonably well. With one more year, they hope to return to form.

The former five-star recruit will be the only scholarship upperclassman offensive tackle. The Washington native struggled with injuries his sophomore year but still made an impact and started eleven games as a right tackle. The senior hopes to reach a higher standard of success than last season's disaster. "Now we really have an opportunity as the older group, the leaders that have also had this amazing platform of being elite high school athletes that came here to really show who we are and what we're all about, and that we can impact this program and leave it better than we found it. So I think going forward, that's kind of our mindset. That's my mindset and I'm pretty much all about it." Foster has played well and was an All-Pac-12 honorable mention last season.

Playing in relief of star left tackle Walker Little, Rouse played as well as one can expected from a true freshman. He played in all twelve games and started eleven. Notably in the Washington game, the Sidwell Friends product gave up no sacks when Davis Mills was playing. Rouse gained 29 pounds since his freshman campaign now weighing 320 pounds from 291 pounds.

Miller appeared in eleven games with eight starts as a true freshman at left guard. The Colorado native is now 23 pounds heavier rising from 292 pounds to 315 pounds. He may see time at left guard.

The top ranked recruit in 2020 arrives on the Farm to bolster the Cardinal offensive line. As a true freshman, he may not see substantial starting time barring injuries. Even Walker Little did not start the first game of his freshman campaign. Rule of Tree analyzed the Atlanta native. "He has fluid hips and a very strong first step. Hinton utilized that combination along with his strength very well also, getting the better of multiple defensive linemen within the first few seconds of several plays. There is no wasted movement with much of what Hinton brings to the table and for a man his size, he can move very well."

The four-star tackle out of Tampa, Florida draws favorable projections as a third day pick. 247 compares him to New York Jets player Conner McDermott. 247 evaluates McLaughlin as, "Extremely long and initially lean frame. Has added good weight in the last year and should be able to carry plenty more at the collegiate level. Confident prospect who displays aggression more times than not. Above average short area explosion with some pop. Gains ground with great strides - enough to play effective football at the second level. More advanced run blocker at the prep level. Some redirection polish early on. Desire to bury opponents through the whistle. Efficient mover given assignment with some leverage discipline."