There are weapons aplenty for Mills 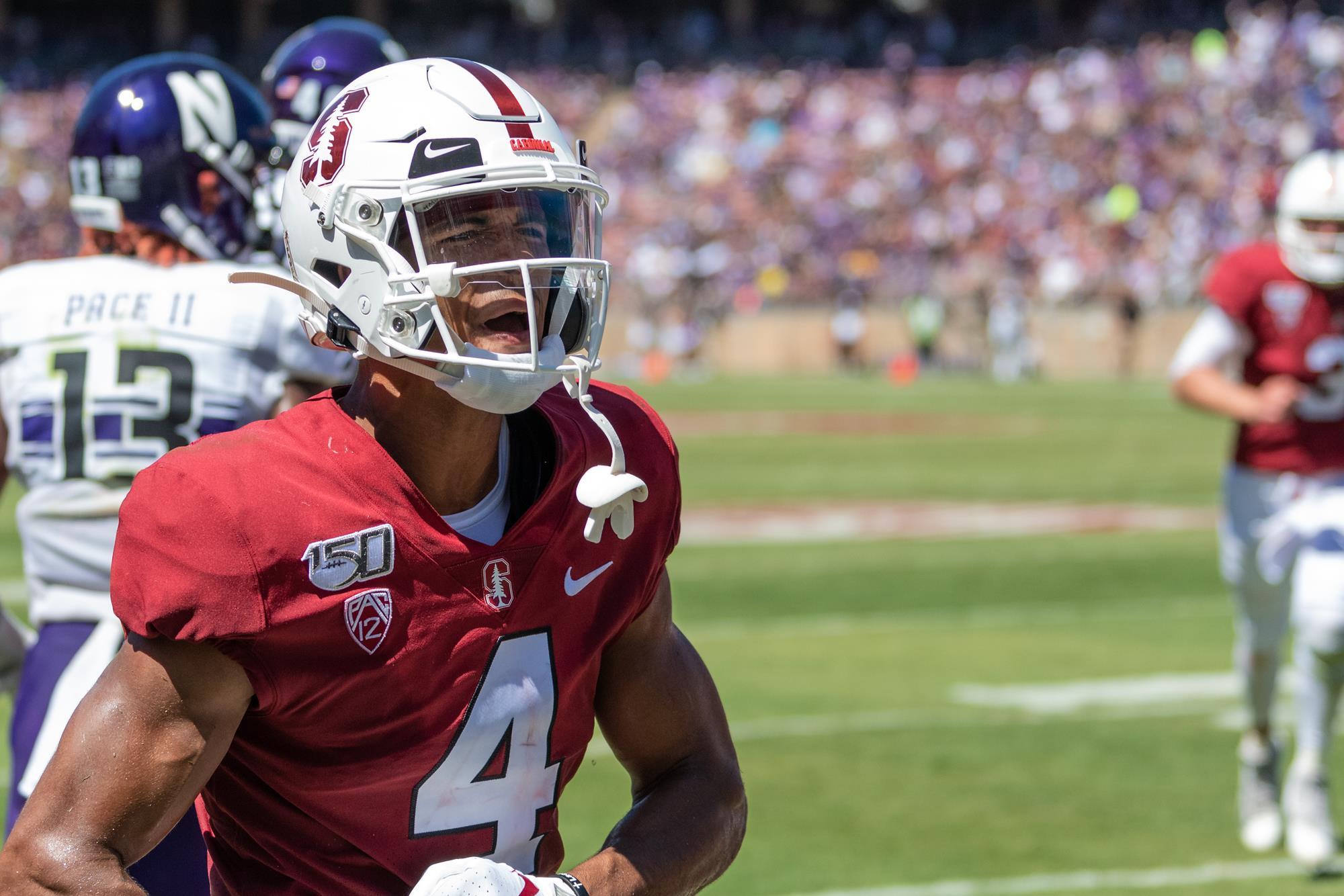 
We continue our preview of Stanford's roster with the wideouts. Only one receiver who caught a pass a season ago is gone (Donald Stewart, one reception), and the veteran group has been reinforced with exciting young talent. There are no shortage of options for Davis Mills. This team is ready to air it out more.

I'd argue that Wilson was one of the more underrated receivers in the Pac-12 a year ago. He led the Cardinal in both receptions and yards, and was second to Fehoko in scores. Probably the team's most complete wideout, he's not only a polished route runner at all levels of the tree, but is also excellent with the ball in his hands. Athlon tabbed him as a Second Team All-Conference receiver and a Fourth Team punt returner. He's also on the Biletnikoff watch list for the nation's top receiver. Expect them to find even more ways to get him involved this season.

Connor has been one of the team's surest targets for the last three seasons. He was second to Wilson in receptions in 2019, and is nifty with the ball in his hands. Multiple outlets see him as the conference's best kick returner entering this season after he piled up better than 28 yards per return last year. Although he only has one total touchdown to his name in 28 career games, his gravity and open field abilities make a lot of things happen for this offense. Oh yeah, and he's a great guy. Not only was he selected as a team captain, but he was named to the AFCA All Works Team for his community service work with the homeless population in San Francisco.

Last year Simi was the definition of a deep threat. As Shaw has reiterated, there simply aren't many 6-4 guys that can turn on the afterburners like Fehoko. He finished second in the nation (and set the Stanford record) with a scintillating 23.6 yards per reception, hitting pay-dirt on 25% of his catches. There is still some work in rounding out his game and becoming a more complete receiver, but you could see the elite potential on display in 2019. Phil Steele picked him as a Second Team All-Conference receiver. Even though he's no longer a secret, expect to see plenty more big plays out of Simi this year.

Osiris had a solid 2019 with 27 receptions at nearly 10 yards a pop. Against UCLA the year before we saw his best play as a collegiate when he broke free for a 52 yard score. He's got a lot of talent, and certainly the wide receiver pedigree in his family is strong. There aren't many schools anywhere that can boast an option this strong at WR3 or WR4, and he helps make the spread and air raid looks particularly dangerous.

Brycen put together a truly bizarre stat line as a sophomore. He finished the season with 3 catches, yet scored 4 touchdowns. How is that possible? The large-framed Tremayne found the end zone on each of his receptions, and was Johnny-on-the-spot to recover a Spencer Jorgensen blocked punt for a touchdown against UCLA. The receiving corps remains crowded, but he's already shown he can find ways to contribute.

Higgins saw action in every game last year as a true freshman. That's a relative rarity in this program, but he entered as a consensus top 20 receiver in his class. In limited snaps on offense he failed to record any stats, but he also got some run on special teams. The staff likes what he brings to the table, and he'll push for more playing time this season.

Colby didn't log any appearances in 2019, but he's an exciting talent. He's a real burner, as evidenced by his CIF 200 meter championship. 247 saw him as the 25th best receiver in his class, and he put up good numbers for an elite St. John Bosco squad.

It will be interesting to see what Marcus can bring to this group after redshirting last year. He primarily saw action in high school as a quarterback, where he was the true definition of a dual threat. He once scored 7(!) touchdowns in a half, second most by any prep in America ever. Marcus did tally some 600 receiving yards as a junior, and nearly 1000 yards per year on the ground. While not an especially highly ranked prospect, it's clear he has a versatile skill set.

Humphreys caught more touchdowns than any high schooler in California state history. Yes, seriously. As a senior he went over 2000 yards to go with his 32 scores, and over his career he snagged 78 touchdowns. Those numbers honestly don't seem real, so it's only right that he garnered the 14th spot in 247's rankings of 2020 wideouts.

Bryce is another speedster to throw into the fold. He won state championships in both track and football at SoCal's Oaks Christian, and was an all-purpose threat. ESPN has him as a four-star recruit.

He finished his high school career as the top receiver in Central Catholic school history. Stanford fans may recognize the Portland school as the one that produced the Scarlett brothers. As one of the finest players in Oregon, he notched 42 receiving scores and better than 3400 yards.

The walk-on has played in just one game in his three years on The Farm. Cameron is from one of the cooler places I've visited, Neah Bay, WA. A tiny town on the Makah Reservation and referred to as the 'Edge of the Earth', they've produced some elite eight-man football teams. Cameron won three state titles in eight-man, as well as one more in both track and basketball.