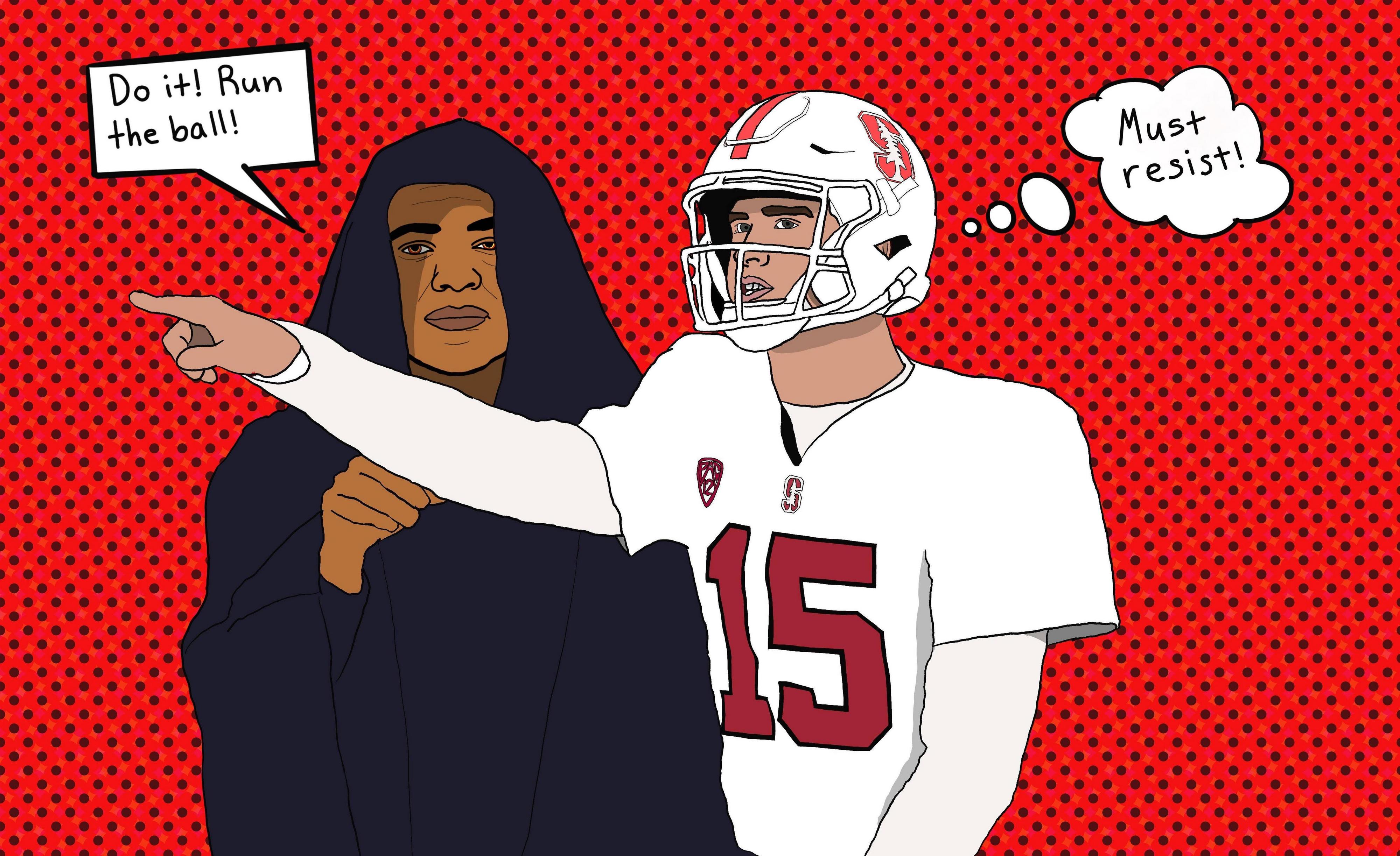 
With the season opener just over a week away, we begin our roster previews with the quarterback position. KJ Costello's now in Starkville with The Pirate, so there's no mystery who's the starter. But the depth chart features two guys who have taken meaningful college snaps, and a highly promising prospect.

Though he's only started 6 games at the college level, the expectations are high for Davis Mills. His ascension caused Costello to grad transfer out, and there is some amount of NFL buzz around him. But first, college football gets to enjoy Davis for at least one more season. He's showing up on the Maxwell Award watch list, and has been tabbed as the third best QB in the Pac by Phil Steele.

In last year's loss in Pullman, Davis broke Todd Husak's Stanford single-game record by throwing for 504 yards. I broke a similar record that day by downing 504 cups of hot chocolate to survive a mid-November game on the Palouse. If the Cardinal decide to let Mills cook, he's capable of some big things. The former elite prospect has all the tools in his arsenal, and should have enough weapons to make things happen. If he can cut down on the mistakes, the Stanford offense will surprise some people.

West has seen action in four games to date, but everyone rightfully thinks of the UCLA game first. In a prime-time matchup on the Farm, Jack surprisingly received the start when the top two hurlers were sidelined with injuries. It's never an easy task getting unexpectedly called upon to helm the offense, and he made it look particularly difficult. There were flashes where his elite arm talent was on display against Chip Kelly's defense, but for the most part he appeared flustered. Jack completed fewer than 50% of his passes and took a lot of sacks that were the result of hanging onto the ball.

Shaw remains steadfast that the best has yet to come for West. He was a highly ranked prospect out of high school, and you can see the tools. But as Stanford fans well know, plenty of highly ranked quarterbacks never pan out. Sometimes the speed of the game is just too much. That remains to be seen, but the staff seems to think he will fare far better should he be pressed into duty this season.

In one of the more shocking headlines of the offseason (you know, besides the global pandemic), Sanders became Stanford football's second ever graduate transfer. Isaiah started 6 games under center for the Falcons over the course of his four years in Colorado Springs. As a triple option quarterback, he carried the ball nearly twice as much as he passed. He had two games of more than 100 rushing yards and 3 touchdowns on the ground, so he brings something different to the fold. The early indication is that he will have a special package to utilize his skill set.

Sanders just seems like a genuinely impressive individual. As we highlighted previously, there are a limited number of cadets each year that are permitted to attend graduate school. He is a strong student who is serious about academics. The staff has talked about his leadership qualities, and it's clear he'll find multiple ways, tangible and intangible, to contribute to the program this season.

Tanner McKee is at last on The Farm. Remember him? The former consensus top 100 recruit went on a Latter Day Saints mission after completing high school, as was always the plan. The SoCal product has a prototypical frame, good arm, and is an overall elite athlete. He once ran for over 200 yards in a high school game, and was a three sport star for Centennial high school (basketball, volleyball).

That said, don't expect him to take the field this season. Even if he is the signal caller of the future, the future won't start until at least next season if the Cardinal can help it. Of course, they can throw him into the fray sparingly and retain his redshirt thanks to the new rule. Either way, Tanner is one to watch down the road.

Dylan has seen action in just one game thus far, appearing briefly in the 2018 Sun Bowl. The walk-ons may be an afterthought to most fans, but as evidenced by recent graduate Jack Richardson, they play a vital role within the program. Plautz can play, too. He was First Team All-State in football-crazed Nebraska, throwing for over 5000 yards in his prep career.

Beau joins the program after a strong high school career in Idaho. He earned high honors in football, lacrosse, and water polo, and seems to be another strong athlete to throw onto the depth chart.