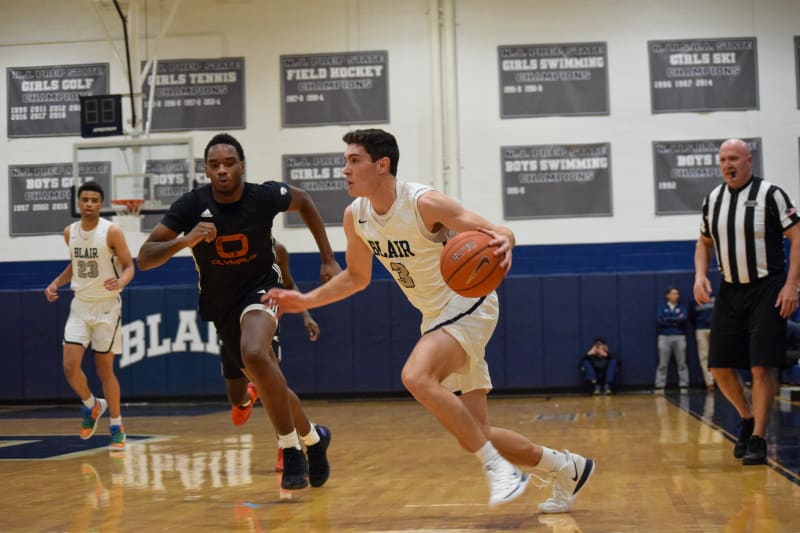 
As in years past, Jerod Haase worked some magic and secured a late commitment. It worked well in the case of Washington de-commit Daejon Davis and under-ranked Spencer Jones. But this might be the strangest one yet.

Michael O'Connell was a standout on the hardwood for New Jersey's Blair Academy, an illustrious private school with 5 NBA alums to their name. His coach has called him one of the 10 most impactful players in program history. Yet until this spring, he was committed to play lacrosse for Maryland, one of the nation's better lax brands. His older brother netted a title with the Terps, and Michael was ranked #81 in his class. Some combination of coronavirus waivers, love for basketball, and reverence for Stanford caused him to have a change of heart.

O'Connell's only a recent addition to hoops recruiting boards, but he's slotting in as a 3-star signee. At 6'2"/180, he's a Pac-12 ready athlete at the guard position. I've watched a couple of his team's games on YouTube over the recent days, and the things that most jump out are his grit, basketball IQ, and soft shooting touch. Jerod Haase's team mantra is "Invested, Tough, Selfless" and his play certainly bears that out.

Tyrell Terry's draft decision is among the more significant and unpredictable ones in all of college basketball. Coach Haase recently indicated that he's likely to take all the time the NBA allows him before coming to a conclusion. But even in a world where the flame-throwing phenom returns, O'Connell has an opportunity to crack the rotation.

Stanford's basketball often trends toward being positionless, but there were effectively only 4 guards on last year's squad (Davis, White, Wills, Terry). When there were injury issues, former walk-on Sam Beskind saw important minutes. Isaac White has since grad-transferred to Cal Baptist, and been replaced by the freshmen O'Connell and Noah Taitz. There will be 5 guards if Terry comes back, but many of whom have histories of injuries. Consistent minutes will be available for one or both of the newcomers.

Should Terry stay in the draft, expect Taitz and O'Connell to both play rotational roles. At the very least, they'll be handed the opportunity. O'Connell will likely absorb a chunk of the ball-handling duties, and be called upon to match up with some top-notch guards in this league.

Stanford returns 10 players who were on scholarship a season ago, and is adding 5 more scholarship freshmen. The maximum number allowed by the NCAA is 13.

There are a couple ways they can get down to that number. For one, Tyrell Terry might ultimately take his talents to the league. But there are ways even with his return. Both Sam Beskind and James Keefe expected to be walk-ons last year, and could surrender their scholarships to an incoming player if necessary. In the absolute best case for Stanford, they said good-bye to Isaac White and hello to the conference's best recruiting class.