Stanford Runs Away From Florida State, 70-60 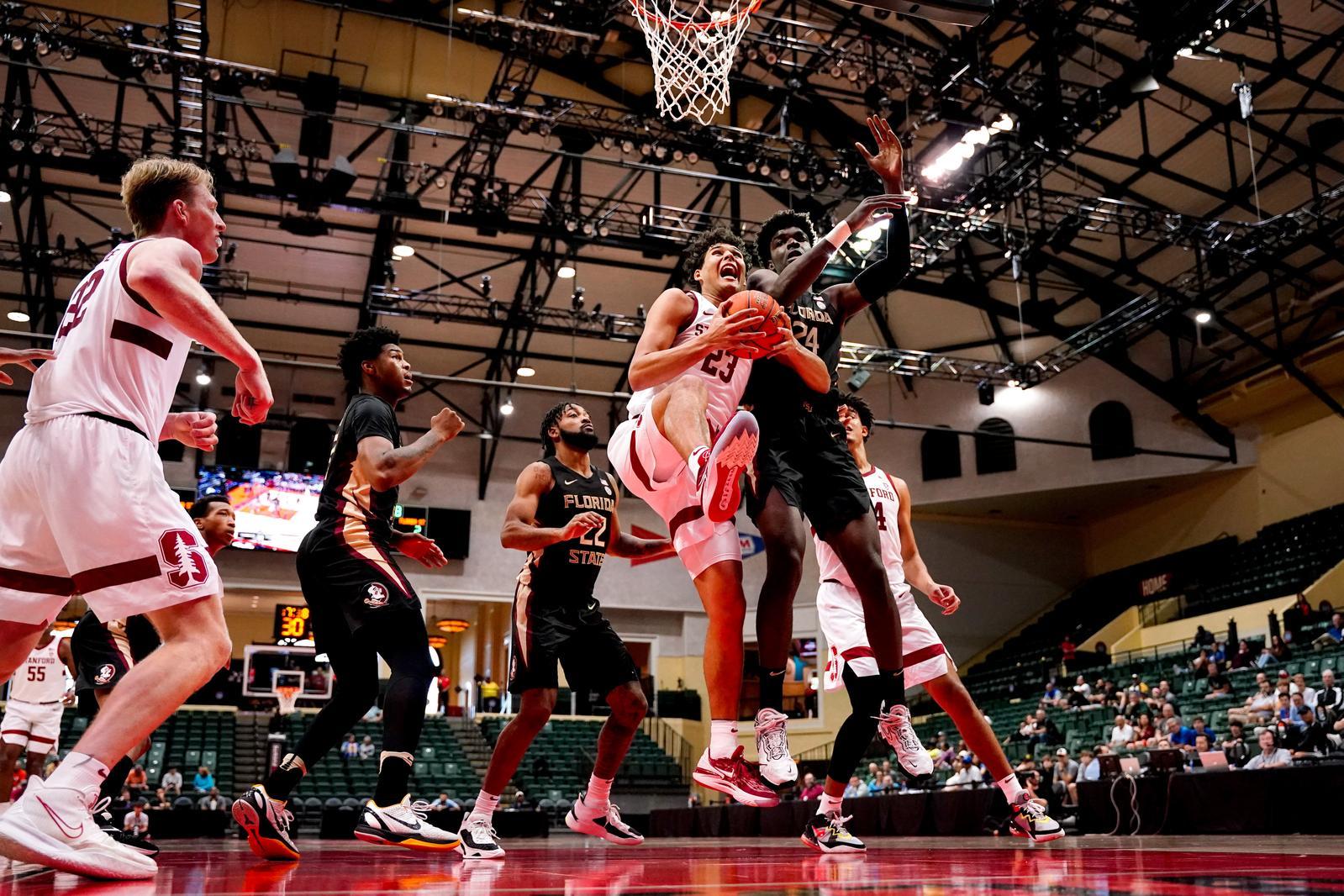 Stanford (3-3) used 14 fast break points in the second half to blow past Florida State (1-6). When the final horn sounded, they amassed 49 points in the game's final twenty minutes

"In the first half we were just dreadful offensively," Jerod Haase said. "Their pressure certainly bothered us."

The Cardinal converted 10 turnovers in the opening period. The game was played at a slow pace, and the length of Florida State bothered the Cardinal. One day after a career performance, Harrison Ingram was held in check.

Leonard Hamilton's Seminoles started the year poorly, but they're still the nation's second-largest team, per Kenpom. That includes a 7'4" starting center who can completely change the way both teams play. Stanford got few shots going toward the basket, and settled for too many three point attempts. As a result, they struggled to get to the line. Even when the Seminoles committed a pair of flagrant fouls, the Cardinal went 1-4 on the ensuing foul shots.

But things were different after halftime.

"The message was if we can be as efficient on the defensive end [as in the first half], that we'd be okay and we'd have success," Haase said.

Stanford took that message to heart, and turned defense into offense. They forced 9 FSU turnovers in the second frame, and they got the ball up the court as quickly as possible. In one sequence, Brandon Angel picked off a pass and took it the length of the court for a layup. On the following possession, an emphatic Spencer Jones blocked shot was plucked out of the air by Michael O'Connell who took it coast to coast for another bucket.

The run was sparked by Brandon Angel, who had 18 of his career-high 22 points in the second half. He did it all for the Cardinal. Brandon battled on the offensive glass, not afraid of the Seminole size. He made excellent defensive plays. He stepped out for a pair of threes, and scored in a variety of ways inside.

"Brandon had a great look in his eye," Haase said. "He's a competitor."

Joining him in double figures were Michael Jones and Harrison Ingram, with 10 apiece. The Cardinal controlled the glass, holding a 16-3 advantage on offensive rebounds, leading to a 27-2 thrashing in second-chance points. The Cardinal shot just 3-26 from three on the game, or this one could have really gotten out of hand.

Michael Jones sits at 24% from three this year, while Spencer Jones is at 26%. Both seniors are proven shooters, so things will turn around eventually.

The Cardinal close out the tournament on Sunday against Penny Hardaway's Memphis Tigers.