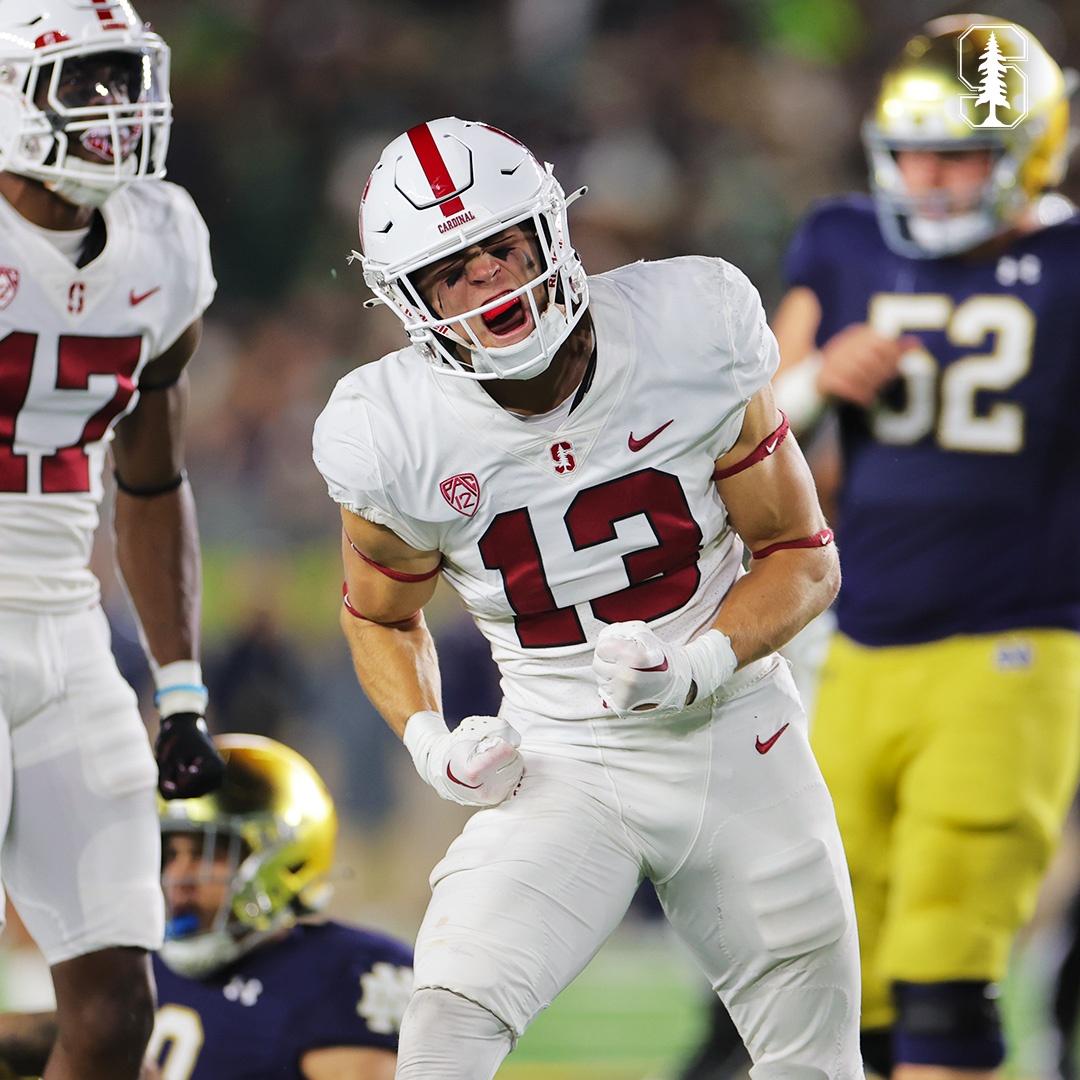 On Saturday, the Cardinal marched into South Bend, Indiana—which I had to Google to locate on a map—and beat a real, honest to God, non-toothpaste-themed FBS program in the Notre Dame Fighting Irish. Stanford's 16-14 Big-Ten-style win over Notre Dame snaps a 379-day winless drought against FBS opponents dating back to October of 2021, when Stanford toppled No. 3 Oregon in OT. Doesn't that seem like a lifetime ago?

The offense played remarkably fine, with QB Tanner McKee going 26-38 for 288 yards (are we air raid now?) and RB Casey Filkins rushing 32 times for 91 yards and our lone TD. David Shaw even went for it on 4th down... twice! Now, both times we failed to convert, but I like to see us taking risks, especially in a disaster season where nothing matters anymore.

The special teams and defense were the true differentiators. First, we must give our props to Joshua Karty who nailed three 40+ yard field goals to earn us the majority of our points. Second, we'll scratch our heads and ask... where has this defense been all year? We stopped ND on 4th down twice. We forced and recovered two fumbles. We looked competent. Yes, we gave up a 4th quarter lead-stealing 40-yard TD bomb...

...but unlike Oregon State, we actually had some time to respond.

Perhaps most amazingly, the Cardinal won their first turnover battle of the season. That's right, for the first time this year, we didn't commit more turnovers than our opponents. And we've been bad. In fact, our turnover margin is *checks notes* currently ranked 128 out of 131 possible teams through 6 games at -9 (and that's after tacking on a +2 from the Notre Dame game). It's almost like holding onto the football and forcing turnovers wins games. Don't tell that to David Shaw, though, he doesn't believe in analytics.

Coffee break to check out some highlights of the game:

So where do we go from here? We're technically still in play for a bowl game sitting at 2-4. That dream scenario would likely mean we'd have to beat our remaining unranked opponents, including Arizona State, Wazzu, Kal, and BYU... which seems like a stretch. Even though we finally beat an FBS program, we're yet to beat a Pac-12 team since last October... in fact we technically haven't beaten a Power 5 team either, since Notre Dame is classified as independent. It's hard to be optimistic about bowling.

Fortunately, there's another way we can delude ourselves into enjoying Stanford Football. As absolutely livid as I am about the state of the program, I really enjoy being a spoiler, even if it earns us the "West Coast Pitt" moniker seen in the famous Reddit meme: 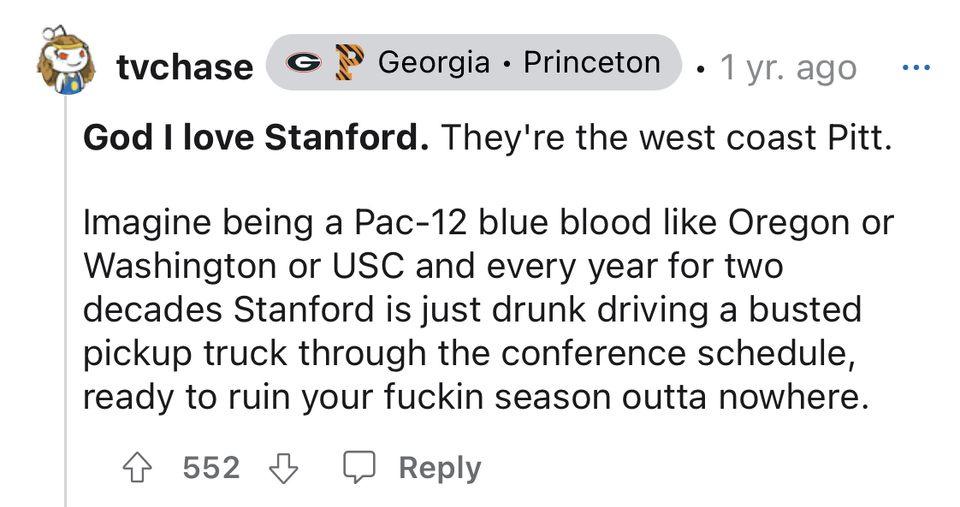 We have a chance to uniquely hurt UCLA and Utah, ranked programs with a lot to lose. I'll rest my hopes and dreams on that miracle goalpost in the meantime.

Up next is a home game this Saturday at 1pm PT against an Arizona State team who seems to have gotten better after firing their head coach Herm Edwards (maybe we should take notes), though they sit at 2-4 as well. If you're like most football fans and don't have the Pac-12 network, we'll be live tweeting the game from @channeltree as always.

It's nice to bring the Legends trophy home, but we won't let a win against the worst Notre Dame team in recent memory go to our heads, right?

Some great tags on this article