Few surprises, but we can always overanalyze! 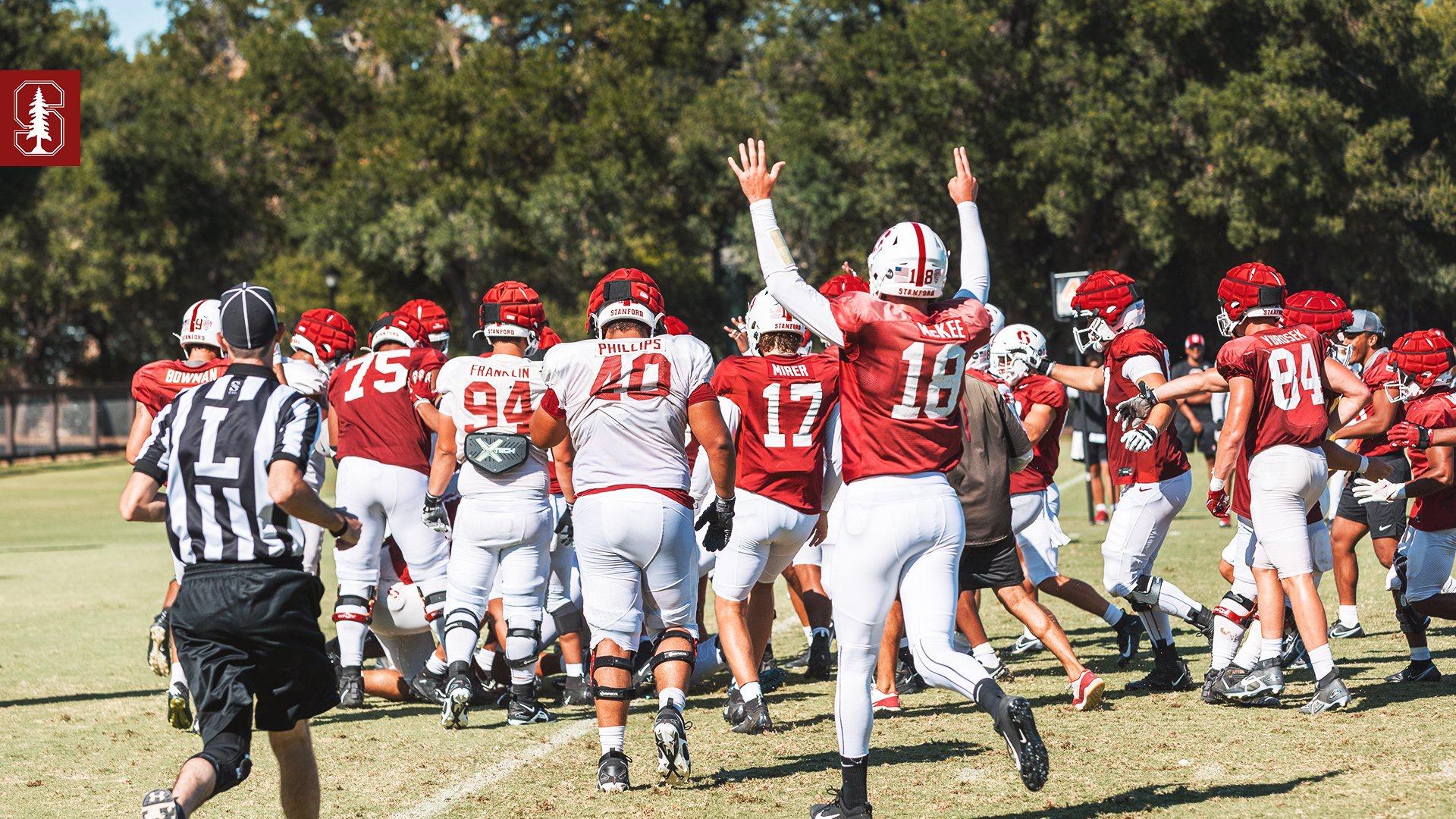 
In advance of Saturday’s season opener with Colgate, Stanford released their first official depth chart. While there are not too many surprises, we thought we would highlight a few things to watch.

1) Brycen Tremayne gets the starting nod

He's less than a year removed from a gruesome injury against Oregon. Prior to that play, he had been playing the best football of his career. The word is he has recovered well, and he should be a serious weapon this season.

2) Five freshmen appear on the chart

Most notably, David Bailey gets the start at Edge after a strong offseason. The Cardinal seldom rolls with true freshman starters, but he has impressed. Jaxson Moi is listed as a second-string DT, Ashton Daniels is the third QB, and Spring Game stars Mudia Reuben and Sam Roush appear as reserve WR and TE, respectively.

3) Patrick Fields is listed as the Nickleback

The high profile Oklahoma grad transfer seemed to be in the mix to start in the base defense, but he will play as a reserve safety behind Kendall Williamson. Expect to see him get plenty of snaps, though, as he could be a hard player to keep off the field.

4) The offensive line is extremely experienced

All five starters return from a year ago, with four of them entering their senior seasons. Each of their backups are also upperclassmen. The unit was underwhelming in 2021, but the talent is there. Continuity could lead to a step forward.

The idea has been floated, but as the feature back in a thin backfield, it was no sure thing. He’s listed as one of the three KR, on equal footing with Bryce Farrell and fellow back Casey Filkins. Third string RB to E.J. and Casey is Brendan Barrow, a sophomore who has yet to log a collegiate touch. It will be interesting to see if this impacts who Shaw puts back to return kicks.

The offense has a pair of 5th year guys, and the defense has six graduate students, including a 6th year in Thunder Keck. The defense has plenty of question marks, but having guys like Kendall Williamson and Ricky Miezan back for fifth years goes a long way.

The hope is that this will be an easier game. Colgate is an FCS school without much recent success. If the Cardinal can build an earlier lead, we should learn more about the depth chart as the night rolls on.