Stanford WBB is Spokane-bound for the Sweet Sixteen 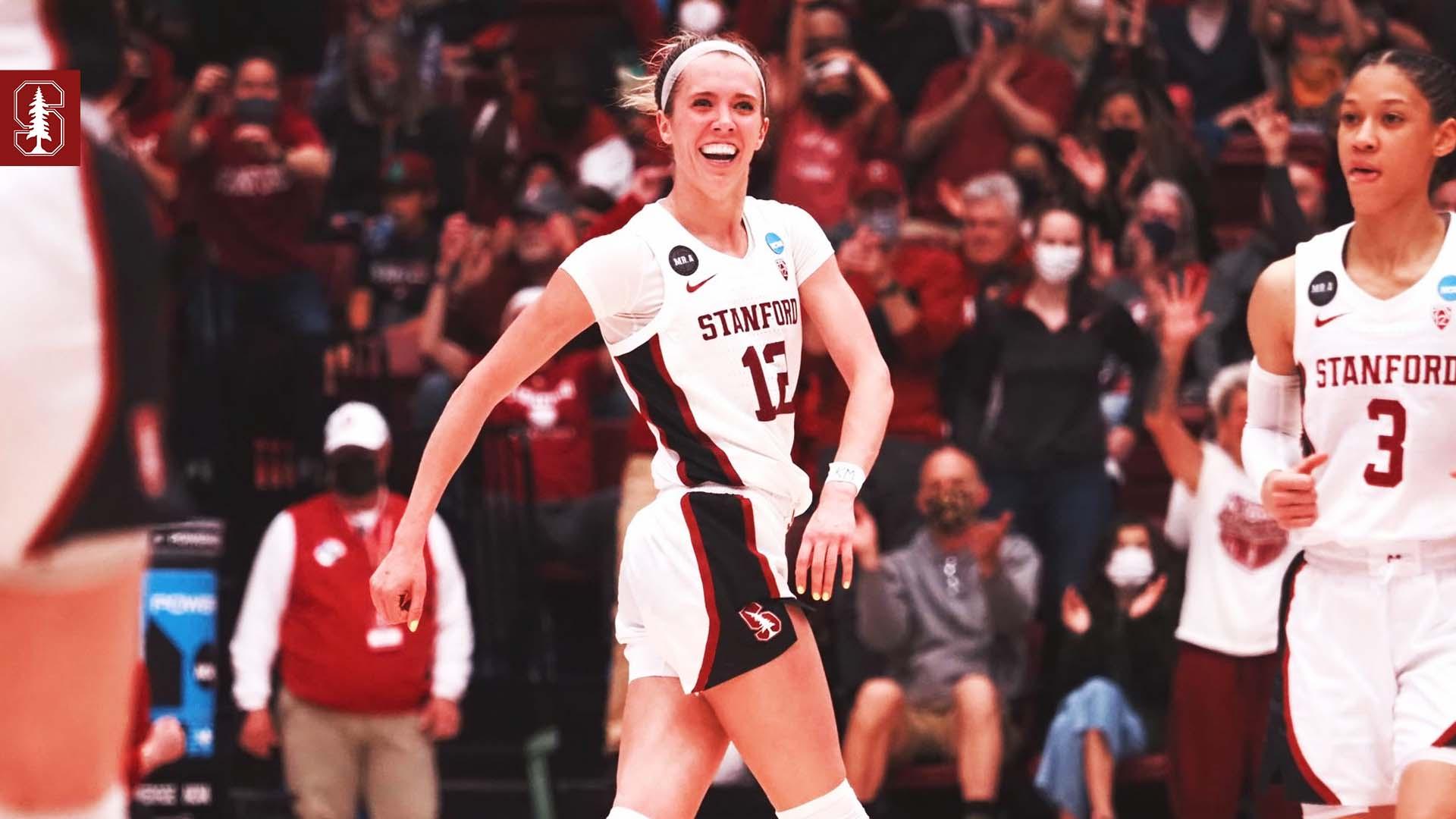 At half, the Card walked into the locker room with a narrow 33-31 lead over the 8 seeded Kansas Jayhawks. They had already committed 10 turnovers, and had 2 fouls apiece on Haley Jones, Anna Wilson, and Lacie Hull--some of the Card's primary ballhandlers.

A trip to Spokane on the line, someone needed to step up. Who better than the Spokane native herself, Lexie Hull?

Tied 33-33, Lexie fought for a rebound resulting in a jump ball, possession Cardinal. Her sister Lacie drained a 3 to put the Card up 36-33.

A defensive stop later and Lexie drove into the paint. Layup.

Then Lexie shot a second chance three pointer, ice in her veins, and drilled it.

Two possessions later, Lexie had a layup blocked, rocketed out to the wing, was dished the ball, and drilled a three to go up 6.

Lexie then proceeded to steal the ball for a fast break, get fouled and make two free throws.

Powered by an insurmountable Lexie Hull with 14 points, 2 assists, 2 steals, and 2 rebounds, Stanford would go on to win the third quarter 32-15.

The fourth quarter was just as remarkable, and Lexie's final statline ballooned to a dynamite 36 points (14/21), 6 rebounds, and 6 steals--earning the senior a special place in Maples history in the 91-65 win:

"I think it's just the love and support from the fans. I really, really felt it tonight. I think every senior leaving the court, everyone stood up, everyone was cheering loud, and you really felt it."

Crazier still, she was pulled with roughly 5 minutes left in the game. Imagine how much higher her career high could've been.

Cameron Brink played commendably too, adding 13 points, 4 assists, 2 steals, and 2 blocks. The team committed only 4 second half turnovers, which Tara noted was the result of getting the Card's ballhandlers back on the court as foul trouble subsided with time.

And so the scene is set. Another hero emerges as the orchestral soloist that Tara claims each game assigns out of need. Lexie played lights out in presumably her final game at Maples, and both Hull sisters get a ticket to their hometown of Spokane, Washington, reminding us of Kiana William's San Antonio homecoming just last year which bore delicious fruit.

Emotions were high at the close of this pseudo senior night, as summed up in this perfect press conference gem:

Up next Stanford plays 4-seed Maryland, whom they beat earlier this season, though as I wrote about last time Stanford's 18 point victory had a lot to do with Maryland playing 3 AP Top 5 opponents in a span of 6 days and their best player getting into foul trouble. All I'm saying is... never underestimate a revenge game in March. Tara said it best:

"I think we're in a very tough bracket. We're playing teams that we know, we've played against, so let's see who's improved the most."

ESPN will be airing the Sweet Sixteen matchup on Friday at 6:30pm PT. Tune in for more can't miss madness.