The Card Advance to the round of 32 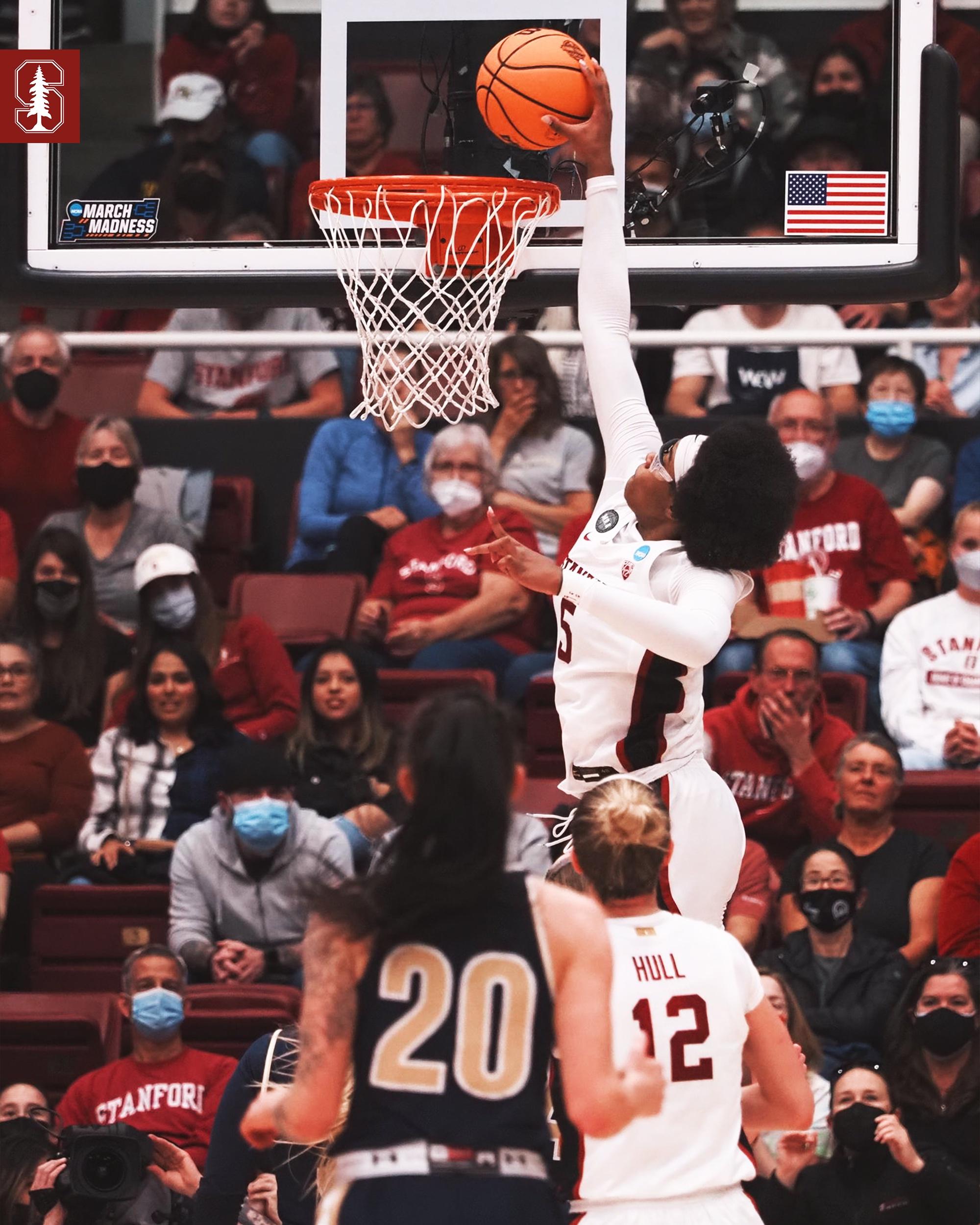 
The first round of March Madness is the books, and the Card were a certifiable SPACE JAM of talent, sending the Montana State Bobcats back to the animated theme park in the sky in a 78-37 route.

Not only was the win Stanford's third largest margin of victory in tournament history and second best defensive effort in terms of opponent points scored, but it also included keeping their opponent scoreless opening quarter, and a monster dunk by Air Belibi:

Have you ever heard Maples that electric? I haven't in some time.

The Card also dominated every stat comp, with a 56-33 rebound advantage, 20-9 assists advantage, and 45/41/65 to 21/16/75 shooting splits. Less than ideal, the Card still committed 16 turnovers, a nagging problem that may come back to bite them later. Still, it was less than Montana State's 17 turnovers.

Up next for the Card is a clash in Maples with Kansas, the 8 seed that knocked off No. 9 Georgia Tech and their Naismith All-Defensive Finalist Lorela Cubaj. The Jayhawks are 21-9 on the season, their best wins coming against Texas (the No. 2 seed in Stanford' region and a foe that beat the Cardinal early in the season) and Oklahoma (the No. 4 seed in the Bridgeport region set to battle Notre Dame tomorrow). Kansas is led by leading scorer Holly Kersgieter who averages 13.6 points a game and inside big girl Taiyana Jackson who averages 8 rebounds and 3 blocks a game.

Tune in to watch Stanford shine once again tonight at 6pm PT on ESPN or live at Maples Pavilion.