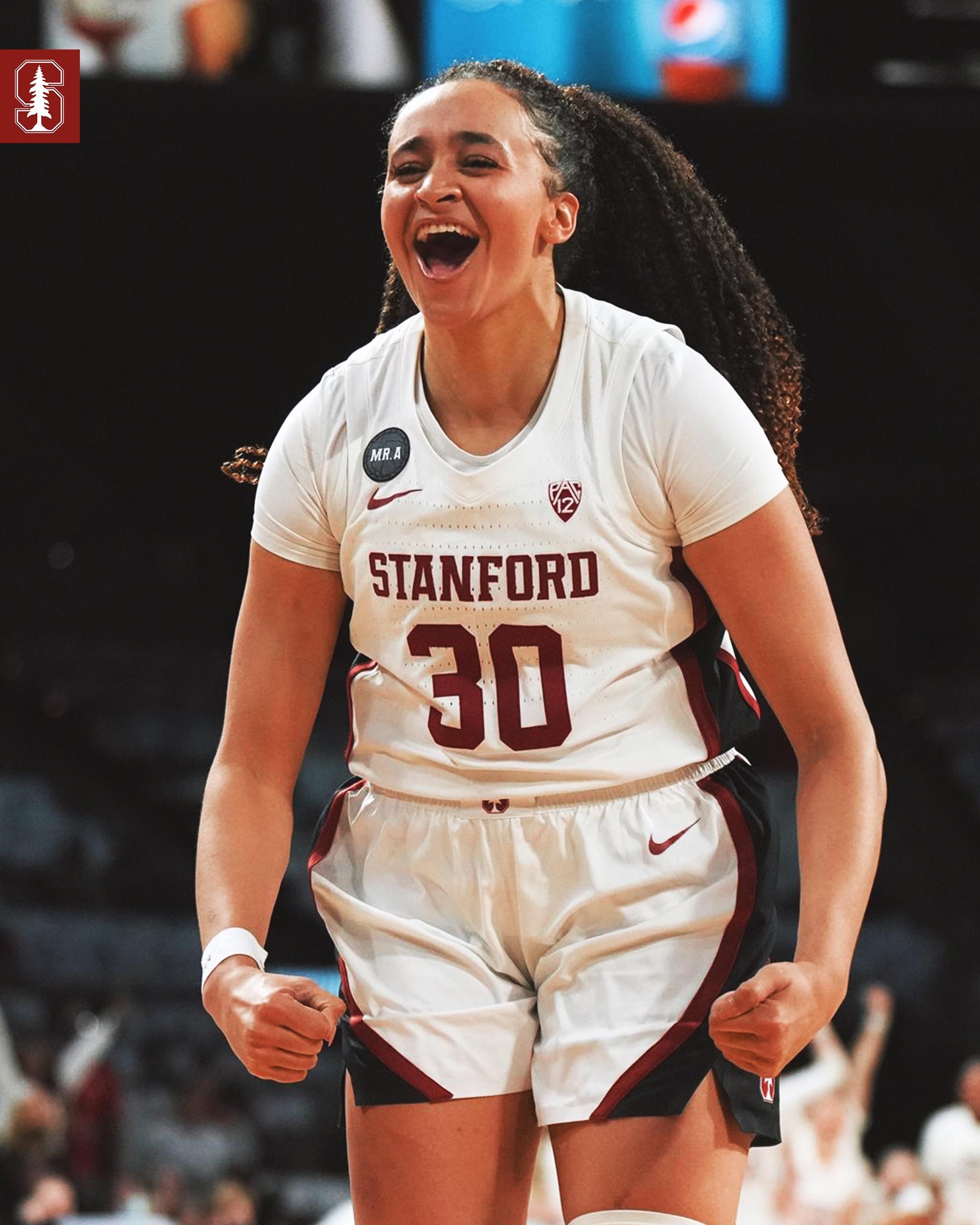 
Death, Taxes, and Stanford Women's Basketball making a run for the Natty. The only things certain in life!

On Sunday night, the selection committee finalized the bracket for this year's March Madness. And boy does it feel good to say "March Madness" in connection with the Women's tournament after years of the NCAA forbidding it.

Stanford earned a No. 1 seed in this year's bracket, heading up the Spokane region. While not the No. 1 Overall seed (that honor fell to South Carolina), Stanford's region still seems favorable for another title run:

﻿Notable Obstacles to the Final Four:

No. 2 Texas (26-6). Lest we forget, the Longhorns beat Stanford earlier this year and just knocked off AP #4 Baylor to win the Big 12 Tournament. That being said, if we do meet Texas in the Elite Eight game in Spokane, I'll be bullish. Famous last words, true, but Stanford shot horrendously in their last matchup (17-48 from the field including 4-27 from 3) and still only lost by 5. Besides, that game was at the beginning of the year, before team chemistry had settled, before the 20 game win streak, and on ring ceremony day no less. And most of all, nobody learns from a loss better than Tara VanDerveer.

No. 3 LSU (25-5). The Tigers are a tough potential opponent. Primed for a 2 seed while ranked AP #6, LSU lost in the first round of the SEC Tournament to eventual champs Kentucky and fell to a 3 seed on selection Sunday. LSU is coached by Kim Mulkey, who led Baylor to national championships in 2005, 2012, and 2019, ensuring a tough coaching matchup if the teams meet in Spokane.

No. 4 Maryland (21-8). The Terps faced off against the Cardinal earlier this year, losing 68-86. But don't read too much into the loss. Maryland faced Baylor, NC State, and Stanford back-to-back-to-back inside of 6 days - three AP top five opponents! In the Stanford game specifically, two of Maryland's top scorers, Ashley Owusu and Angel Reese, got into foul trouble before the close of half, limiting their minutes. If the Terps can stay out of foul trouble and with the benefit of rest between rounds, they'll be a tougher out than before.

No. 9 Georgia Tech (21-10). Winning in March is sometimes as simple as your greatest player being great. Georgia Tech has one such player: Lorela Cubaj. The 6'4" fifth year senior from Italy is averaging a double double on the season (10 points, 11 rebounds) with some assists and blocks to spare. Oh yeah, and she's currently a finalist for the Naismith Defensive Player of the Year alongside Cameron Brink. Stanford has one of the deepest teams in the country, but if the squad is having a rough day, Cubaj could take advantage. Fortunately, this one would be played at home for the Card.

The Final Four and Friday:

If Stanford makes it to Minneapolis for the Final Four, they'll be up against the winner of the Bridgeport region, which includes No. 1 seed NC State (29-3) and No. 2 seed UConn (25-5), the darling of ESPN. Awaiting the Card in a potential Finals are No. 1 South Carolina (29-2), who Stanford narrowly beat last year in the Final Four game 66-65 but lost to this year in Columbia 61-65, and No. 1 seed Louisville (25-4), who led Stanford by 12 in the third quarter of last year's Elite Eight game before a Stanford comeback. A crowded field this year.

But hey, one game at a time right? Let's focus on Friday. First up is a home game against No. 16 Montana State Bobcats (22-10) fresh off a Big Sky Tournament win. Tune in this Friday, March 18 @7pm PT on ESPN2 to watch the Card begin the march to defend their crown.